In the Boot Camp of the Mind 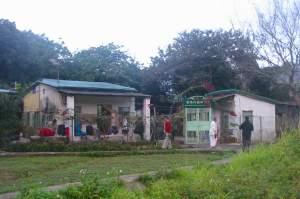 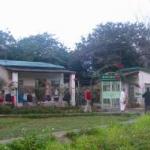 Eight PM, and I've been awake for 16 hours. It's been eight hours since my last meal. To the north, I can see the lights of Shenzhen twinkling through the haze as I walk circles in the yard with my comrades. Perhaps they are thinking the same thought as I -- that it would be easy enough to climb over the barbed-wire fence that surrounds the compound, after which it would be a simple matter to flee for the border. But I have no way of knowing anyone else is thinking, for all conversation is prohibited. All thought of escape is irrelvant anyway, for this is no prison camp. This is Vipassana, ten days of silence, of being sequestered from the world outside and living a Spartan existence inside. Ten days of meditation from before dawn until after dusk.

Day one is almost over. I have nine left to go.

How did I get here? My life seemed to be on track, yet I'd long been nagged by a feeling that I'd been being held back by my own lack of mental focus. The seed had been planted by my friend Phelim, who'd done the course years before and said it had helped him to gain a new sense of clarity in his life. I'd heard others describe Vipassana in similar terms, as a logical and systematic way to purify the mind. One person described it as being like "a mental hard drive defragmentation."

Still, the idea of ten days of silence, ten days of strict focus on self, without reading a newspaper or sending an email, was daunting, and I didn't quite know what to expect. With some encouragement from Phelim and a fortuitous stretch of time without work that happened to coincede with the dates of a course being held at the Hong Kong centre, I decided to take the leap.

On the first day I discover what Vipassana is not; this is no rest camp, no trendy new age spa. The day begins with a bell at four AM, and continues until 9:30 PM, with a few well-placed breaks for meals and rest. During this time, practitioners are expected to spend eleven hours in a focused and guided meditation practice that would become more intense as the course progressed. The instructors speak of what we are doing as "work," and this is not metaphorical.

Along with my comrades, I spend the first three days of the course on one task - sitting and observing breath as it enters and leaves the nostrils. My mind wanders constantly. I find myself cataloguing things from my life; every apartment I've ever lived in, every story I've ever written, every woman I've ever kissed. Each meditation period is bracketed by instructions in English and Cantonese. For these first three days, the message is simple:

During the first private interview (when we are able to break silence and ask questions), I tell the instructor that I worry that wandering is the natural state of my mind.

"Do not react to the mind's wandering. Develop equanimity. Accepting the wandering of the mind, using breathing to call it back."

The first three days are possibly the most difficult, and I tell myself each morning that this will be the day that I quit. I feel hungry in the evenings (food, though plain, is plentiful, but the last meal of the day is eaten before noon). The dormitory at night is filled with snores, and as I lie awake I angrily think up names for my fellow students - "The Band saw," "Lawnmower man," "Harley Davidson," etc.

But by the end of the third day, the urge to drop out has left me. By the morning of the fourth day, my mind is calmer, more focused, still wandering, but for shorter periods. We are now prepared to undertake the practice of Vipassana itself - the deep and total observation on the nature of self.

During actual Vipassana meditation, one observes the sensations in the body impassively, without reacting to them. By slowly moving one's awareness throughout the body, one feels at first the sensation of air as it enters the nostrils, then the tingling of the skin and all the various and sundry sensations that assail the body constantly. At first, the sensations are far from subtle. The leg pains that come from extended sitting, an ache in the back, and the thousand points of weariness. All of these are to be observed impassively, and in a structured way. And in doing this, one is meant to realize a fundamental truth:

All sensation shares the same quality of impermanence. An itch, an ache, a pain. They all are born. They all rise, then they disappear.

Intellectually, this is an easy truth to accept. However, through the practice of Vipassana, one grasps the lesson on a very physical level, going deeper and deeper into the observation of sensation, impassively and without reacting. Pains arise in my legs, my knees and my back. I do not attempt to ignore them - rather, I observe them as simply another sensation, and for the most part, am able to look at them without reacting.

As the meditation progresses, deeper pains began to crop up, old traumas and wounds of both a physical and emotional nature. Inevitably, these were coupled with memories. Following the instructions, I observe these as dispassionately as possible. I later ask the instructor what these memories mean.

"They may have been with you all your life. By observing them through Vipassana, you release them, and they soon lose their ability to affect you. This is what is meant when Vipassana is referred to as a kind of psychic surgery."

By the ninth day, I feel a sense of liberation and ease that I've never experienced before. I am no less eager for the course to end - on the contrary; I am already planning on the delicacies I would eat on the day the course ended, hoping that the battery in my phone would not be dead, and that my email account would not be too clogged with junk mail. Yet I feel lighter and more mentally balanced than I ever have before. The snoring of my fellow students has ceased to be an issue. That evening during the discourse, we are told that following tomorrow morning's mediation, after breakfast , our vows of noble silence will be lifted.

At 0700 on the morning of the tenth day, the sun is just beginning to shine as a bell rings, signaling the end of this course's period of noble silence. Soon the grounds are filled with talking and laughter as introductions are swapped after ten days of living in close quarters. My fellow students hardly seem the sort of people who you'd expect to embrace asceticism, running the gamut of HK society. One is an expat English teacher; another describes himself as "a semi-successful stock market player". Another chap is an executive for a major software company, and while I've seen him only in the loose fitting clothes of the course for the past ten days, I can now see that he's used to wearing a suit and tie most of the time.

The tenth is a buffer day in which the group re-acclimates to being social after such a long period of deeply personal silent meditation. We spend the day chatting about whether the course had been what we'd expected coming in. Some students tell me that, now that they understand what Vipassana is about, they'd like to do the course again. Another says that once is enough. For many of my fellow students, this isn't the first time they've done Vipassana at all.

I sleep well that night, and at four AM the bell rings, and I rise with the group for our final group meditation. I feel a giddy sense of elation, a sense of clarity and mental acuity that I've never felt, and despite the eschewing of ego that all meditation is supposed to lead to, a great sense of accomplishment. I also feel a tremendous sense of relief, knowing that after breakfast the front gate will open and I'll be able to leave the ascetic life behind. Vipassana meditation has been at once deeply purifying and intensely difficult. Spiritually and mentally uplifting though they've been, these have been ten long days of austere food and aching muscles. Ahead in the distance, Shenzhen twinkles in the morning light, promising tasty dim sum, a hot sauna, and a much needed massage.

For more information about Vipassana meditation, or to find a center near you, check out www.dhamma.org