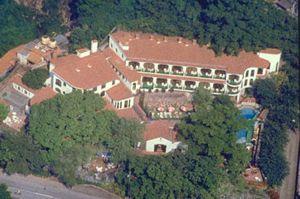 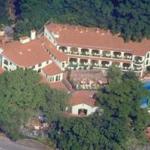 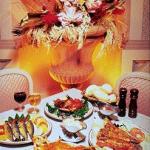 In the course of my travels I've spent the night in all kinds of odd places. I've camped in the no man's land along the Rwanda-Burundi border in the days when those two countries still knew peace. I've suffered through a feverish night in an Algerian mausoleum and on one memorable occasion bivouacked in a Cameroonian garbage dump. I've tented among the grizzly bears of Chitina, Alaska and the camels of Agadez, Niger. I've bedded down aboard a slow boat to China, a Nile felucca and a floating guesthouse on the River Kwai. I've gotten some shut-eye on night trains to Surrathani and 747s to Seattle. I've convalesced in a London hospital; I've rented bungalows in Bali. I've dossed down in the back of Bedford trucks and Isuzu pickups. I've stayed in everything from a Japanese ryokan to a Motel 8, but I'd never spent the night in a fortress until I took a room at the Pousada de Sao Tiago in Macau.

In an era of generic hotel chains that all look alike regardless of what they cost or where they park their concrete haunches, the Pousada de Sao Tiago stood out as a quirky exception to the homogenization of upscale accommodation. I knew this the moment I arrived. I pushed open a pair of glass doors set into 30-foot-tall ramparts and entered an arched staircase that bored up through the 19-foot-thick fortress walls like a secret passage. Outside on the Avenida de Republica the humid air sizzled past 90 degrees, but inside the stairway was naturally air-conditioned by the water flowing down beside the steps from a natural spring. At the top of the stairs I could see a waterfall cascading down an inner wall. The tunnel echoed with the splash of falling water and the hotel staff welcomed me with a warm "Bem vindo a Macau."

I thought that such a spectacular front door would be a hard act for the rest of the hotel to follow, but the pousada kept surprising me. For example, I discovered that the inn possessed its own complement of cannons. More impressively, the pousada even had matching sound effects for these trusty old artillery pieces. While sitting on my balcony overlooking the ramparts I could hear rumbling explosions that sounded like cannon fire. Dust rose on the Chinese island of Lappa across the river, which looked to be under bombardment. I realized somewhat disappointedly that I was actually hearing the blasting of construction crews, but without too much effort I could transport myself back 375 years to when cannonades defended Macau from predatory Dutch warships.

Although the pousada has been reincarnated as a luxury inn, it started off as a fortress in 1616. Known as the Fortaleza de Sao Tiago da Barra, the fort was built to defend Macau's inner harbor against Chinese pirates and Portugal's European rivals, who were little better than pirates themselves. At that time the Portuguese held a monopoly on trade among China, Japan and Europe in such items as silk, porcelain, silver, sandalwood and spices. Macau remained a key link in this lucrative trade and defending the territory became such a high priority that the King of Portugal himself appointed the fort's commander.

The Dutch attacked in 1622, but a motley assortment of defenders--Jesuits, African slaves, Portuguese soldiers--routed the invaders when a sharpshooting priest landed a lucky shot in their gunpowder supply. A spectacular explosion followed, and nobody dared to assault the fortress again. The ramparts guarded Macau for another 325 years until the Portuguese army departed the territory after World War II. The fortress fell into disuse; Macau's lush foliage buried the battlements in green and many of the buildings began to crumble.

Fortunately, the Macanese had vision. They decided to build an historic pousada on the ruins of the fortress. They convinced local architect Nuno Maria Roque Jorge to take on the challenge of designing what would be Macau's second pousada (the first being the opulent eight-room Bela Vista). For inspiration Jorge looked to the government-run pousadas of Portugal which had been carefully integrated into castles, monasteries and palaces without disturbing their original historic character. Jorge preserved all the original bastion walls and designed the hotel to melt gracefully into the original contours of the fortification. He arranged the hotel in five split-levels with Iberian arches, white stucco walls and orange tiled roofs. Including a swimming pool and restaurant, Jorge fit nineteen rooms and four suites within the walls of the citadel. No two rooms are the same, but all have a balcony, pink, marble bathroom, mahogany furniture from Portugal and crystal lamps. To reflect Macau's twin legacies, Jorge decorated the pousada's interior with blue and white Iberian tile and Chinese terracotta. Completed in 1981, the renovation cost 17 million patacas (approximately US $2.6 million).

My favorite feature of the pousada is its own in-house shrine dedicated to Sao Tiago (a.k.a. St. James), the patron saint of Portuguese soldiers. Built in 1740, the little chapel features a larger-than-life statue of St. James and abuts the bar in case the thirsty warrior-saint needs a nightcap. With his sword, shield and high boots, St. James stands ready for battle. Legend has it that he patrolled the ramparts at night. In the process he would scuff and muddy his boots, so the garrison commander assigned a soldier to shine them each morning. Once, the story goes, a soldier who forgot his duty received a smack on his head from the irritated St. James. Nobody ever dared shirk this duty again. The Portuguese military has long since departed Macau and these days St. James' principal duty involves presiding over the weddings held in his little chapel. Nonetheless, I noticed that someone had dutifully polished his boots.

I also came to appreciate the pousada's food and drink. I can think of no better way to spend an afternoon in Macau than having brunch on the pousada's terrace. Beneath the leafy shade of 100-year-old trees--architect Jorge designed the terrace around their massive old trunks--you can sample such local delicacies as salada de marisco (seafood salad), chourico assado (Portuguese sausage), arroz de marisco (seafood rice), galinha a Macau (Macau chicken) and bebinca de leite (Macanese milk pudding). Accompany this with a good bottle of Portuguese wine or a pint or three of Sagres beer. Have a leisurely meal in good company and gaze out over the porticoed ramparts across the estuary to China. Watch the traffic on the river and eavesdrop on the Patua (Macau's own unique dialect that combines Portuguese and Cantonese) conversations of the other diners. Such an extended repast truly captures the flavor of Macau in more ways than one.

The pousada is expensive, but you don't need to stay there to experience its charm and history. You can just stop by to gawk if you like--the fortress is an official historic landmark and the staff is proud to show it off. Better still, stop in for brunch. Or just sit on the terrace at sundown and share a bottle of wine with St. James.

Rooms start at 1290 patacas (US $160) per night suites start at 1790 patacas (US $223) per night. The hotel fills up on weekends, so for Friday and Saturday night stays it is necessary to reserve rooms far in advance. As is true at many hotels in Macau, room rates may be discounted during the week.