The Case for Forbearance: Buddhism and Nonviolence 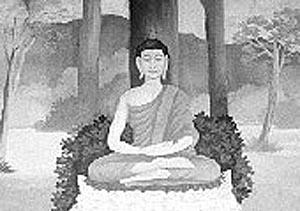 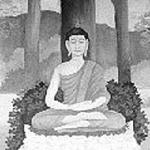 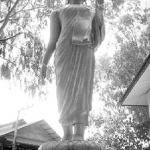 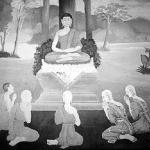 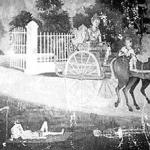 In the wake of the September 11th terrorist attacks on the United States, there have arisen fresh discussions about religion, and specifically about whether major religions encourage, condone, or prohibit violence. At first, it was widely claimed that Islam alone was inherently violent, until people began to remember the Crusades, and realized that about three-fourths of America, a predominantly Christian nation, were calling for military retaliation. Then the opposite and no less absurd claim became popular: that Islam is fundamentally peaceful, and that it is a defamation of Islam to perpetrate violence in its name.

Religions are complex things. They are as complex as the millions of people who adhere to them, and as complex as the lengthy, vague scriptures upon which they are based. The holy books of the world's major monotheisms contain passages that could be interpreted as condoning, or indeed encouraging violence: the Torah's "eye for eye, tooth for tooth"; the New Testament's "I came not to send peace, but a sword"; the Koran's rather brazen "kill the nonbelievers wherever you find them" ("The Cow", 2.191). But these have their contraries: the Torah's "thou shalt not kill"; the New Testament's "love your enemies"; The Koran's "compassionate and merciful" Allah.

So, it would be more accurate to say that on violence, the world's major monotheisms are split, which goes some way towards explaining why they seem forever at odds with each other, except for their pacifist sects, like Christianity's Quakers and the Ismailis of Islam.

One has to look to Asia proper to find religions that are unequivocal about violence: Jainism and Buddhism. Jainism is usually identified with northwestern India, while Buddhism, also originating in India (or Nepal), has since spread to places as disparate as Sri Lanka, Japan, and the western United States.

In recent times, Jainism's most memorable proponent is probably Mahatma Gandhi. Though, in the typically tolerant Indian fashion, Gandhi is said to have kept three books by his bedside - the Bible, the Koran, and the Bhagavad Gita - he was weaned in an atmosphere of Jainism's strict asceticism and maintained it throughout his life. Buddhism is probably most closely identified with the Dalai Lama, whose book The Art of Happiness was a bestseller well beyond the confines of the Buddhist world.

It is common to designate religions with a particular symbol, like Christianity with the crucifix or Islam with the crescent and star. Jainism's symbol is usually the broom, used by devout Jains to sweep creatures out of their path to avoid stepping on them. Devout Jains also wear a veil to avoid accidentally inhaling insects. Both practices reflect the extreme Jain interpretation of ahimsa, a Sanskrit word meaning harmlessness or nonviolence.

Buddhism's renunciation of violence is equally extreme. "A monk who has been accepted," says the Buddha in the Mahavagga, "should not deprive a living being of life, even if it is only a black ant or a termite." Violence cannot be used in self-defense either, as the Buddha graphically explains: "Even if bandits were to carve you up savagely, limb by limb, with a two-handed saw, he among you who let his heart get angered at that would not be doing my bidding."

This is in stark contrast to some recently expressed views, like columnist Lance Morrow's bilious essay "The Case for Rage and Retribution", which appeared in Time magazine's first issue following the terrorist attacks. William Bennett, author of The Moral Compass and other such dull advertisements for intellectual myopia, said that the attacks were an instance of "moral clarity", of "good vs. evil" -- and that swift retaliation was paramount.

A Buddhist would not call this "moral clarity", but a kind of mental disorder. Anger and vengeance are seen as symptoms of a clouded mind. And the view that all acts can be neatly partitioned into good and evil, or any other pair of opposites, a Buddhist would find simple-minded -- and dangerous.

I asked my girlfriend, who is Buddhist, what the proper Buddhist reaction would be to the mass slaughter of one's countrymen. "Do nothing," she said. "We don't fight."

I pressed on: "Suppose I killed your mother. What should you do?"

Her answer was as prompt as before: "Nothing. If you kill my mother, she might deserve it. It was her karma. If you kill her, now you have dukkha" - the Pali word meaning "suffering" - in this case guilt, a bad conscience. But this is not your only punishment. Karma works tirelessly in Buddhist metaphysics: if I kill her mother, I can expect some similar catastrophe to befall me.

As enviably rational as this view is, I have always found it to be hopelessly callous. In Thailand, stray dogs often get crushed by passing cars. Seeing this, I bemoan the terrible cruelty of the world. My Buddhist girlfriend makes the flip comment, "Oh well - that's his karma", and continues whatever she was doing before.

This tendency not to dwell on perceived injustices is related in this famous Buddhist parable: Two monks were walking when they came upon a woman stranded on a riverbank. The first monk swiftly picked the woman up, carried her across the river, and set her down. The monks then continued on their journey. After some time, the second monk said, "How could you have done that? You know that monks are not supposed to touch women, let alone carry them!" The first monk smiled and said, "I carried the woman, yes, but I left her back at the river. You have been carrying her in your mind all this time!"

As far as I know, no war has ever been waged in the name of Buddhism. This is not to say that Buddhists haven't shed blood, or prayed to the Buddha during wartime to steel their resolve or protect them from harm. Soldiers commonly wear Buddha amulets for the same reason. But Buddhism has no equivalent to "jihad" or "crusade", to "nonbelievers" or "heathen". Buddhists do not evangelize. In matters religious as in matters in general, they live and let live.

I asked the expert, my girlfriend, why this was. "Buddhists don't believe in God," she said. "So there's no 'my-God-is-better-than-your-God' stuff. The teachings of Buddha did not come from God - they came from Buddha, who is only a man."

Nor does Buddhism have one and only one "holy" book that could be used to rationalize atrocities as they arise. The closest thing to it is the Tripataka, and the responsibility for its interpretation falls more or less in the hands of mendicant and peaceable Buddhist monks.

Supporting Buddhist nonviolence is also its belief in reincarnation, and its disbelief in heaven or hell, except as metaphors. Thus Buddhism has no equivalent of the idea that, for example, to die in the cause of Islam will transport you to a heaven of burbling streams and plentiful virgins. However you die, you will be born again. In fact, your state of mind when you die influences your status in the next life: if your mind is clouded by violence or anger, don't expect plentiful virgins - expect to be a rabid dog.

In the - very, very rare - event that you have become enlightened, you will "go" to Nirvana, the closest equivalent in Buddhism to heaven. But Nirvana is not a place; it is closer to no-place, nonexistence - it can hardly be viewed as a reward. And the number of lives required to pull this off is usually framed in superlatives - tens of thousands, for example. (Zen and Tantric Buddhism claim to have developed techniques of "instant enlightenment", but their practitioners are a minority.) Reincarnation also discourages impatience and ill temper: if you are to live for a million years, what's the rush? If there are more lives after this one, what need is there for the selfishness and greed that lead inevitably to conflict, violence, and war?

In Buddhism, violence is merely a symptom, a superficial phenomenon. "Human beings," says the text Digha Nikaya, "are fettered with envy & stinginess, which is why -- even though they think, 'May we live free from hostility... they nevertheless live in hostility." Violence is to selfishness what a tree's branches are to its roots.

But changing oneself is much more difficult than trying to change others. This is why, though the Buddha walked on this Earth 2500 years ago, man continues to delight in bloodshed. In the Dhammapada it is written:

"Enmity has never ended enmity. Only love can do this. This law is eternal."

A glance at today's newspaper demonstrates that this law is also empirical. What remains to be seen is whether humanity will apply it, or whether it will continue down the same tragic, blood-soaked road.

"Non-violence: A Study Guide", a collection of Buddhist writings on nonviolence prepared by Thanissaro Bhikkhu, was my primary source. Read it at http://www.accesstoinsight.org/lib/study/
nonviolence.html.