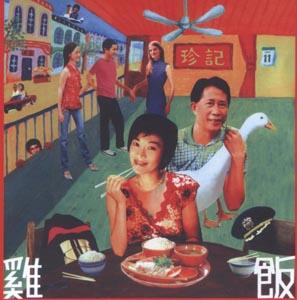 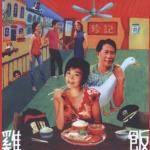 Mystery and Romance, Religion and Politics, Comedy and Tragedy. With Asian entries from China, India, Iran, and the U.S., San Jose's Cinequest 16 offers a kaleidoscope of themes and genres. Here is a list of the Asia-related films that were available for pre-screening press review:

Martin Yan plays Kim Chui, the owner of a Singapore restaurant, eclipsed by its more successful competitor down the street, a place owned by Jen, who makes the best Hainanese Chicken Rice in town, and who happens to be the object of Yan's affections. She has two openly gay sons, and fears that if her third boy veers in that direction, her hopes of ever having a grandchild will be dashed. A conspiracy ensues to propel her number three son into the arms of a pretty French exchange student, while competition between Jen and Kim Chui comes to a boil in a city-wide cooking contest for the best traditional Singaporean dish.

Surrounded by an ensemble of expertly-cast characters, amid a pristeen Singapore setting, the inimitable Martin Yan renders a sincere and unabashed performance as Jen's love interest. With its straightforward storyline, spiced with romantic intrigue and sweetened with humor, Rice Rhapsody is the perfect recipe for light, cinematic entertainment.

Life couldn't be better for Arjun Singh, an Indian Sikh who immigrated to Southern California in hopes of providing a better life for his family. Although he had been a university professor in his former life, Singh abundantly provides for them by working as an auto mechanic. His elder daughter Simrun is about to earn her MBA with honors, and his son Ranjit still honors the family's traditions despite his yearning to fit in with his classmates. And as if that weren't enough, an old family friend has found a suitor for Simrun and a marriage is in the offing.

Life couldn't be better...that is until September 11. And although the devastation in New York is thousands of miles away, because of a few humble yards of cloth, the catastrophe strikes close to the Singh family home. This dramatic cusp in the Singh family saga acts as a catalyst for change. Priorities are reexamined, morals questioned, and prejudices exposed. And despite the forgivable human tendency to descend into utter despair under dire circumstances, the indomitable spirit of love and patriotism prevails to triumph over tragedy.

It's love at first sight for Aman and Neha, two gorgeous, successful singles whose paths cross at the wedding of a mutual friend. Aman is a rising star in the world of architectural design, and Neha has a fulfilling career as an event coordinator with a philanthropic foundation. And although Neha plays hard to get, there is no doubt that theirs is a match made in heaven.

But their vastly different families are another story altogether. Aman's guardian uncle is a gregarious bon vivant, while Mr. Patel, Neha's father, is a humorless, teetotaling spendthrift with little tolerance for frivolity, not to mention their religious and cultural differences. And amid the romantic turbulance, a complicated financial subplot unfolds that may change the course of Aman's life. Yet love will find a way. It's a Mismatch is an effervescent comedy with all the classic elements: romance, family, culture, conflict, humor, and best of all...heart.

Music is the real showpiece in this tale of a young boy named Swaroop, a gifted musical performer chafing at his small-town tether to hit the road with his Uncle Nizam's traveling band. In the town of Jisalmer, they take up with Mohamad and Manjoor, two fellow musicians on their way to perform at a wedding in Bikaner. By train, bus and hitching rides, they finally arrive in the distant village, only to discover there is no wedding, so they must turn to busking at roadside inns and temples to earn their daily bread. It isn't long, however, before Uncle Nizam shows his stripes when his partners accuse him of skimming more than his share from the till. The group disbands, and by nightfall, young Swaroop has been abandoned by his vagabond uncle.

Undaunted by this unfortunate turn of events, Swaroop continues on his quest for fame and fortune. A nearby ashram offers shelter for the night, where a young ascetic named Santosh shows a sudden interest in casting in his lot with Swaroop, and at dawn's first light, they head for the bright lights of the big city. It's a brave new world for the two young provincials, but Swaroop soon learns that his destiny awaits him, and all he has to do is follow his heart...and the sound of the music.

The Passion of the Mao

The Passion of the Mao is everything you never dared to ask about China's modern-day messiah. This boldly narrated, multi-media documentary takes an unvarnished look at the life of Mao Zedong, from his humble beginnings as the son of an early dissident, through his arduous rise to power as one of the 20th century's most influential political leaders.

The Passion of the Mao employs whimsical cartoon animation, historical film footage, vintage photographs, and lampooned lyrics set to traditional melodies, to create a comprehensive chronicle of Mao's political machinations, his unprecedented social and cultural reforms, as well as an unblinking expose of his sexual escapades and private peculiarities.

Unlike those insufferably tedious educational films we all sat through in history class, The Passion of the Mao brings an added dimension to the face in the history books, and breathes new life into that waxen cadaver that lies in Tiananmen Square.

The sun never shines on this Iranian film noir, where mystery, murder, religion and local politics collide, as the world-weary gumshoe Habib seeks to unravel the deaths of more than a dozen prostitutes in his hometown near the Afghan border. In recent years, a cloister of religious ascetics has imposed itself and its morals on the town, forcing many of the local prostitutes to take up the tradtional art of puppetry for their livelihood instead. Those who do not, live in fear of their lives. Much to the concern of the caliph and the local powers-that-be, Habib's investigation leads him to the monastery for his prime suspects, and a beautiful confidant named Leila may become the next victim.

While the venue may be an unlikely one for a good, old-fashioned detective story, all the elements are there: a series of brutal crimes, a suspicious line-up of possible perps, a gorgeous dame, a few red herrings along the way, and a denouement that delivers a satisfying conclusion. But what distinguishes The Forbidden Chapter from your average potboiler is its rich cultural setting, its philosophical depth, and its contemporary global relevance.