Davao, the window to Mindanao. 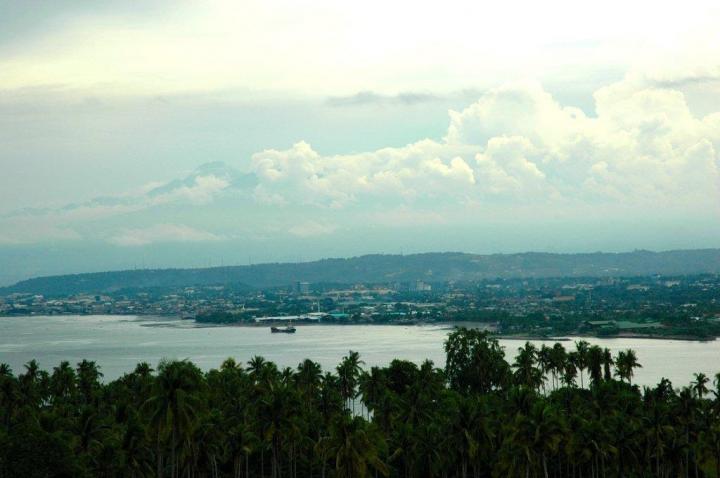 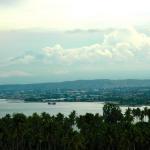 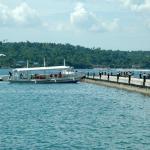 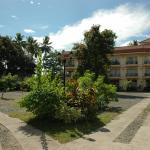 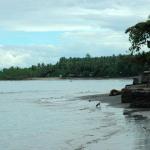 Davao is often dubbed as the window to the island of Mindanao, an inviting city that will surprise its visitors and raise one's curiosity.  The city's name is derived from the word "baba-daba", which originates from rituals that were carried out before a tribal war was started and from the images of fire-breathing mythical figures that were used in these rituals.

The cultural diversity is more present in Davao than anywhere else in the Philippines; this city is a blend of many different cultures. Davao is blessed with the diversity of the people which have embraced this beautiful province as their hometown. Despite its differences in tradition, background and culture, the Dabawenyos have always lived together in harmony. Mosques stands alongside  Chinese and Buddhist temples and Christian Churches. The various religions in this region mix freely within a peaceful and friendly community

Davao city is well known as one of the most peaceful, safe and liveable cities in South East Asia and is one of the main tourist destination in the Philippines. It has fine beaches, numerous dive spots and mountain resorts. Because of the city's proximity to Mount Apo (the Philippines' highest peak) mountaineering and walking the nature trails are a very popular pastime. the views of this mountainous region are breathtaking.

The province of Davao is bursting with life and color and is home to a fantastic array of flora and fauna; it is famous for its unique orchids, like the Waling-Waling and notorious for its Durian fruit. Malagos is the sanctuary of the Philippine Eagle, an endangered and one of the largest of its species. But there are more popular tourist destinations in the city, the white sand beaches are close to the centre of the city, with just a short boat ride from the mainland, one can enjoy the splendid accommodations of luxury resorts on Samal Island. The Eden Nature Park offers several attractions. It has an Amphitheatre, which is designed in Roman style and architecture. There are areas reserved for swimming and hiking and a guided shuttle tour will take you to the most interesting places.

Davao is among the top ten exquisite dive destinations in the country. The tranquil waters in Davao shelters the most beautiful underwater sceneries along the coastline. The coral reefs are swarming with rich and multicoloured tropical marine life, really perfect for scuba diving. The beaches and the various resorts are a haven for other water activities like wind surfing, snorkelling and island hopping.

The many historic sights will give visitors a glance of the city's history. The four main attractions are the San Pedro Cathedral, one of the oldest churches in Mindanao, the original structure of the church was built in 1847 in honour of St. Peter, the city's patron saint and the St. Mary of Perpetual Rosary, a shrine built in honour of the Blessed Virgin Mary which features series of steps that leads to the main chapel.

The Davao Museum holds chapters of Davao's rich history and displays a wide collection of Southern Mindanao antiques, tribal art, local handicrafts, costumes, ceramics, sculptures, jewellery and paintings in this museum one can take a close look at and understand the culture of the people of Davao. There is also the shrine of the holy infant Jesus of Prague; this site has an open air chapel with replicas of the Holy Infant Jesus of Prague and that of Our Lady of Fatima..

The people of Davao celebrate their festivals trough out the year, but the most globally known is the Kadayawan sa Dabaw festival. This festival, celebrated every 3rd Week of August, is a weeklong celebration of the plentiful harvests of fruits and orchids during the season and a thanksgiving for Mother Nature's bountiful harvest. Araw ng Davao, a celebration of the founding of Davao is another vibrant fiesta, which is held every March 16, together with the Kadayawan festival, it is Davao city's biggest annual event

The diversity of the population in Davao does translate into an extraordinary and exciting culinary adventure. Davao has a real seafood culture, many choices of exotic and captivating seafood flavours and fascinating dishes can be found in the numerous restaurants and cantina's that are located along the coast and in the centre of the city. Most restaurants caters to every gastronomic desire and delight, including a wide range of Halal food.

Davao is considered as one of the must see places to visit in the Philippines, the climate, its fascinating history and local culture combined with the spectacular sceneries makes this city a holiday destination like no other.