Discovered Treasure: The not-so-secrets of Angkor 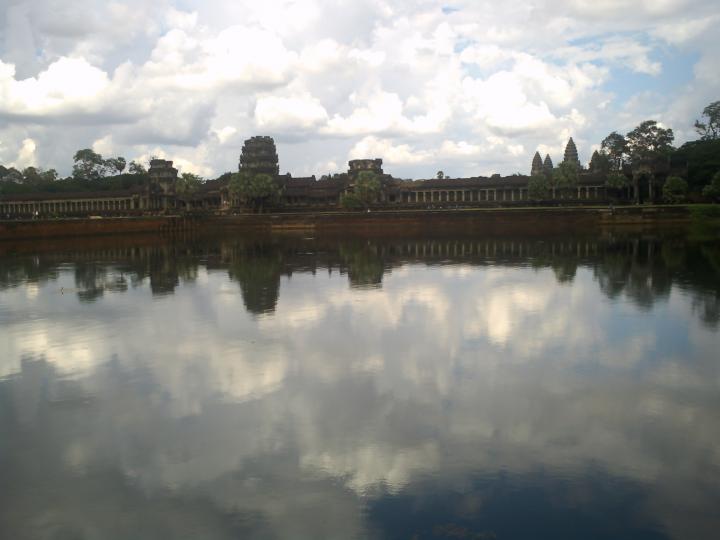 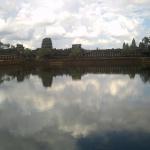 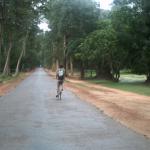 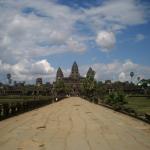 If you go travelling through Cambodia and mention Angkor to anyone who has visited the UNESCO World Heritage site you may be surprised to hear of an unusual condition known as ‘temple fatigue'.

This is the almost inconceivable result of too much sight-seeing, the after-effects of a whirlwind tour around the World's biggest temple complex causing one to simply become ‘templed-out' in the space of just a couple of hours.

For many it's hard to imagine such a problem, it would take some hours to even begin to comprehend the site. More than a thousand temples sprawled across at least a thousand square kilometres. The largest pre-industrial city ever discovered making the Mayan city of Tikal in Guatemala seem, frankly, small.

You'll find that there are many ways to ‘do' Angkor, and this is mine.

Like most travellers I headed to Siem Reap, which is also known as the Great Gateway to Angkor. You can fly in or travel by bus, with the amount of people who pass through Angkor it's understandably easy to get to. I travelled by bus from Bangkok, en route Phnom Penh and beyond, to Vietnam.

In Bangkok I reluctantly entrusted my passports to a reputable looking company to sort out the Visa, you'll need one if you're travelling from the UK. The bus was pretty ropey and I had to get it from a random road in Bangkok, but the guide, apparently there to comfort us about customs, was friendly and sang English songs to us all the way there.

With everyone having come from Thailand nobody was particularly concerned about the border crossing, they were more concerned about sleeping. I don't really sleep when I'm travelling so I distracted the guy with several hundred questions about the world whizzing by outside the window, much to the relief of everyone who finally got a rest from the appalling Ronan Keating covers.

I was happy to learn about why farmers were buried in rice fields, the apparent craze of outdoor workouts (we passed several), and the upcoming elections for which most houses and villages had signs up campaigning. We talked about the horrific history of Cambodia, even when visiting it's impossible not to notice the lack of elderly people, and also the prevalence of landmines.

On a stop to get food I was treated to my first meeting with Cambodian wildlife as the children put huge tarantulas on the foreigners. Hilarious, I know. The story goes that under the Khmer Rouge people started to eat the hand-sized spiders out of desperation, frying them with garlic. Now they're a delicacy and live ones are collected and put in buckets, so you can get them freshly fried, yum.

I didn't have the heart to condemn a spider that I'd just met to its death for my edible ‘pleasure' so I politely declined. I didn't feel quite as friendly towards them as the French guy sitting in front of me though who bought a live one just to play with on the journey....

Anyway, once you get to Siem Reap you'll have no problem getting around or finding what you need because it completely caters to tourists, which I found a little disappointing in some ways (a pizza place, really?) but it did mean there are a lot of people to talk to and go out with.

But importantly Siem Reap is where you make your vital decision of how to see Angkor. You will be offered Tuk Tuk rides and Motorbikes to whisk you away to the ancient temples, but you don't want to accept them, it's the fast route to ‘temple fatigue', what you want is a bicycle.

And you'll find plenty of them around for rent, so they're not all top of the range fixie-bikes, but they'll do the job. Angkor is just a few kilometres away from Siem Reap and the route is entirely flat. There are wide paths leading to all of the main temples and there are even two cycle friendly routes marked out. If you've got a couple of days to spare take the 70km route, you won't regret it.

So many people zip past the ‘less impressive' temples in a Tuk-Tuk, barely noticing the sculptures on the bridges, or marvelling at the frequent gateways, or getting a close look at the impressive walls of the temple complex.

They whizz straight to the main sites, Angkor Wat, Angkor Thom, maybe Preah Khan, Ta Promh and home. They'll head out in the late morning or early afternoon when the air is hot and humid and when the temples are at their busiest and sellers are at their most prolific.

It's no wonder that after a couple of hours hustle and bustle the magic has worn off and tourists are ready to go home, but there's so much more to see.

On bike you can visit some of the temples off the beaten track, such as Banteay Srey, the ‘Temple of Women', dedicated to the Hindu God Shiva and made out of pink sandstone, or Kbal Spean where carvings of Hindu Gods and animals have been made onto the rocky beds and banks of the Stung Kbal Spean River and its rushing waterfalls.

You can visit these wondrous sites in your own time whilst it's hot, even taking the opportunity to cool down in the waterfall if you fancy it while hordes of tourists traipse around the main sites.