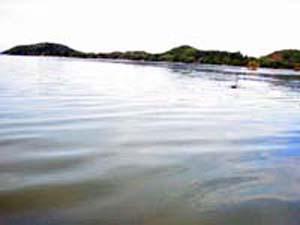 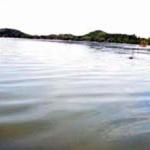 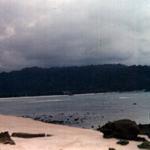 
Made up of over 7000 islands, and boasting of a coastline twice the length of United States', Philippines can truly proclaim itself as Asia's Diving Capital. Due to the main dive spots to choose from, diving is possible all-year round in this tropical country. Interesting attractions include clearly seen corals, diving next to turtles, whales and dolphins and seeing first-hand some of the best wreckage sites in the world: from World War II vessels and Spanish galleons to Chinese junks.

Basically, there are three big diving areas in Philippines, with specific dive spots in each area. Depending in what type of marine life you seek, the three areas are Luzon and Palawan in the north, Visayas in central Philippines and the Mindanao group of islands in the south.


Among the more experienced divers, Batangas, the nearest dive-spot to Manila, stands out. The main picks here include the Layag-Layag area. Here, with crystal clear waters, exotic marine creatures including the vivid (and huge!) red Spanish dancer can be spotted easily. There are also extensive reef formations where smaller fishes frolic around. Over in Sombrero Island, the boulders and crevices harbor many types of marine life. There are gorgonians, black coral shells, turtles, rays and a vast variety of soft coral.

For those who seek the larger creatures -- shark and big pelagic fish -- Mapating Rock is the dive spot they should seek. The rock itself is surrounded by a fairly shallow area of about 40 feet and ending in a series of drop-offs running about 130 feet. At the Malahibong Manok Island, divers can enjoy an unusual natural phenomenon: a hot spring blasting about 60 to 70 feet from a hollow. Besides that, the Malahibong Manok Island is also home to the tuna fish, barracuda and white-tip sharks. However, diving in the Batangas islands is strictly for the more experienced: the strong currents make it dangerous for beginners to venture there.

Further south west from the Batangas is the Apo Reef National Marine Park, which is part of the Mindoro islands. This 35 kilometer reef is divided into two lagoon systems (north and south) by a narrow channel filled with mounds and patches of corals. Almost 400 species of fish, including sharks, mantas and even more familiar tropical marine fish live in this area. Another 400 or so species of coral can be found here, including soft and hard coral like the Acropora and Eriatopora. The other invertebrates that life here are the starfish, sea urchin, snails, clams, octopus and squids, which can be found around the tide-pools, reefs and even the sandy shores!

Divers who enjoy diving around ship wrecks can choose from the wrecks of an ocean-going steamship in the north, a fishing boat wreck in the southwest-most part of the south reef or another fishing boat wreck in the western part of the south reef. The entire Apo Marine Park also includes the avian-populated island of Binangaan and Cayos del Bajo, so divers should not miss the chance to go on a short bird watching excursion during their trip.

A more tourist-friendly dive area is the Puerto Galera, located in the northwest tip of Mindoro.

A long time ago, when Spanish ruled over Philippines, the coves and bays in Puerto Galera provided shelter for Spanish traders during heavy storms. In Puerto Galera, one of the main diving areas is the Marina Channel. The shipwreck of a 14th century trading vessel filled with Ming Dynasty pottery and other valuable artifacts was found by local divers in 1983. The most valuable cargo has since been relocated to the National Museum, and the wreck is now the habitat to many Blue Spotted Rays and Moorish Idols. Esscarceo Point (Light House Point) is the most popular dive site for tourist. It features the famous "Shark Cave", which can be reached via a 35 feet tunnel; divers can usually spot several white-tip sharks here. Another lovely attraction nearby is the 65 feet deep Big Rock, where octopus, lion fish and puffer fish can be found. Night diving can be done at the Big La Laguna Beach and the Boulders.

Subic Bay, with the USS New York wreckage, is another interesting dive site for historical and cultural buffs.

In El Nido, part of the Palawan island dive spots, endangered marine animals like the sea turtles, whales, dolphins and dugong (sea cow) can be spotted. There are more than 20 popular dive spots here, catering for both beginners and the more experienced. The Cadlao Island and Matinloc in the northeast share similar geographical characteristics with the Norway fjord-land mass, complete with its sheer walls. Due to wave action, deep crevices are formed. Here is where the smaller fishes live. Besides diving, El Nido is also a popular snorkeling site. Over in the northwest part of Palawan, both Busuanga and Caron are prominent dive spots for those who seek wreck-diving opportunities. Towards the end of World War II, the American navy found a fleet of camouflaged Japanese ships around here. In September 1944, more than 24 Japanese ships were sunk by the Americans. Of these, 12 ships are found in within scuba diving depths.

Near the Concepcion Pearl Farm, there lies a wreckage of a Japanese cargo ship laden with military weapons, which was on its way to the Leyte Gulf area. The US Navy successfully sunk this ship. Today, the wreck has turned into an important habitat for many marine animals. As visibility can be bad in the area and currents can affect live ammunition still on-board the vessel, travelers can only dive with an experienced local guide. Torches and safety lines are a must for safety reasons.

Visayas and the Central Dive Spots


Slightly south east to Palawan, in the Central Sulu Sea, is the Tubbataha Reef National Marine Park. This marine park is the natural habitat to more than 46 coral genera and 379 fish species from more than 40 fish families. Boasting a coral cover of 80%, this was declared a UNESCO World Heritage Site in 1994. The Savedra and Bas Diot dive spots, located south-west from Cebu, is particularly rich in corals and have a big variety of fish compared to other diving locations. There are interesting caves at around 100 feet below sea level. Besides the usual marine life, large snakes can also be spotted here. This large diving area provides opportunities for both new and experienced divers to enjoy themselves. The nearby islands Badian and Capitancillo provide a slightly different experience. Since fishing is less common here, the fishes are tamer and coral covers are great at depths below 25 feet. The Gato Island (or "Cat" Island) is about 11 miles from Cebu. Gato Island boasts of many peculiar caves, lagoons and crevices where sea snakes breed. Breeding season is from March till September and by November; many baby snakes can be seen. Eventually, the snakes will migrate out into the open sea and live among the corals, where they prey on eels and reef fish.

Popular for its sandy white beaches, Boracay is now a dive destination for many holiday revelers who enjoy its tropical beaches. Today, more than 21 dive operators offer many well-organized dive tours for divers. Many sites are perfect for novice divers, particularly the shallower areas where multi-colored reefs are found. Principal dive sites with dive schools for beginners include Friday's Rock, Bat Caves, Carabao Island and Nasag Point.

In the South: Mindanao


Situated in the south-most point of Philippines and the only predominantly-Muslim area in this Catholic-majority country, Mindanao is a nature lover's paradise. Diving in the Mindanao region is limited mostly on the western shores, mainly due to limited development throughout the whole island. However, the most popular dive attraction can be found among a string of islands stemming, where live-in cruise ship diving is a niche industry for the more wealthy divers. On such trips, divers will usually stay for at least five days abroad a cruise ship, and the cruise ship is the "jump-off" point for most dives. Sometimes, the cruise ships have special boats to ferry experienced divers to even more exotic dive spots. The islands where the cruise ship operates are referred to as the Keys of the Sulu Sea.

Unfortunately, due to security problems, southern Philippines only appeals to the strictly adventurous or really avid scuba divers. This is due to the numerous problems posed by some terrorist groups supported by local tribes seeking independence from the central government. In Mindanao and her surrounding islands, stilt houses, fishing and pearl diving are the way of life.

Davao del Sur, located in the south-east, stretches all the way from Davao City in the north to Sarangani Island in the south. Composing of many outlying islands, Davao is more popular as a snorkeling destination than for diving. However, due to its calm sea and because it is rarely visited by typhoons, Davao will appeal to less-experienced divers. In Zamboanga principality, the best of the lot must surely be the Great Santa Cruz Island, playground of the rich and famous from all over the world. With its tantalizingly beautiful scenery, the rare "pink sand" (due to white sand mixing with red corals), crystal clear water and a symphony of varied living corals where an abundant colorful tropical sea lives, this is truly a fantastic place. Over half of the world's known sea shell varieties come from here. Its ideal location in the sheltered waters of Basilan, right across from Zamboanga City, is another plus point. The only thing keeping more travelers away is the unrest in the area due to terrorist groups like the Abu Sayyaf and MORO armies operating in the area. Main dive sites in this area include Davao, the exotic Zamboanga islands and Camiguin.