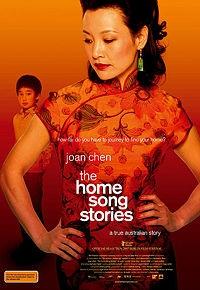 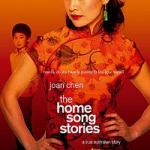 The Home Song Stories, an entry to the 2007 Berlin Film Festival, is inspired by the true story of Rose, a single mother of two and a glamorous Shanghai nightclub singer, who struggles to survive in the 60's/early 70's in Australia with two young children. It boasts an outstanding cast. Written and directed by Tony Ayres, the actors consist of Joan Chen (of "The Last Emperor" fame) in the role of Rose, Qi YuWu from Singapore as Joe. The young stars in the roles of Rose's children are Joel Lok as Tom and Irene Chen (not related to Joan Chen) as May.

What is outstanding and compelling about this film is that as a viewer, one could watch the film from different angles. Although the film looks from 11-year old Tom's perspective, I could imagine how it could look from, say, Rose or May's point of view. I find it riveting to have Tom narrate his story at the beginning and at the end (by now Tom is a grown man). Darren Yap plays the adult Tom. He portrays that deep melancholic look that speaks of years of hurts and pains and of trying to understand the ways of his mother. There was also the growing up to do when he suddenly realises that his sister who was his playmate, now refuses him because she has other things in mind, for example, dolling up and, man.

The sad part of the story is the fate of Rose. Was it by choice or by chance that she failed in her many men relationships? Personally, I cannot but think that Rose's mistakes are in her choices of men and in her material and psychological needs. When Bill, a good Australian sailor, albeit "mummy's boy" (played by Steven Vidler) comes along, it's again her choice to "go against the grain" when she decides that life is bored without Bill around. She flirts from one man to another and the poor children are in no position to fend for themselves except to address those men as "uncle". Then she got into a relationship with Joe who is younger than her. Alas, her own 16-year old daughter, May, is a child fast becoming a lady. Imagine the angst in a house (I wouldn't call it home) with an experienced worldly lover and a teenaged lady experiencing her first throes of love.

Joan Chen is superb in the role of Rose. Her Mandarin-accented Cantonese makes the film believable. After all, the true Rose did move from Shanghai to Hong Kong before settling in suburban Melbourne in Australia. I lapped up the three languages in the film - English, Mandarin and Cantonese with complete ease. It's really one of those rare shows where the shift in languages go unnoticed and it becomes surreal and sits naturally in the ears.

Qi Yiwu, talent-scouted on a Singapore Star Search competition, is impressive. I must admit that before Home Song Stories, I, a Singaporean, have not thought much of Qi's acting but I'm beginning to see him differently. In this role, he's hot-bodied, yet quiet and ill-at ease (since he is an illegal immigrant to Australia).

Joel Lok and Irene Chen equally make an impression in their debut screen roles. They're superb and though young, they seem to have grasped the essence of what Tony Ayres set out to do with the film.

Over all, a superb emotional film and cast. As a viewer, I could empathize with the young children and how they have to adapt to living in a familiar Asian city to a strange Western foreign land. As a mother, I want to tell Rose a thing or two about bringing up children and how important it is to provide stability and belonging for them. As a career woman, I want to wake Rose to stand up on her feet and to use her talents and skills to better advantage than falling in and out of love. As a friend, I want to put my arms around the adult Joe and tell him, "Everything is all right. You now write stories about your mother to understand her, and perhaps to forgive her. Be thankful for the memories. Life goes on. May you find true love and a loving home."

Editor's note: December 14, 2007 - Joan Chen receives the award for best actress at Taiwan's Golden Horse Awards, often regarded as the Oscars of Chinese-language cinema, for her lead in The Home Song Stories.