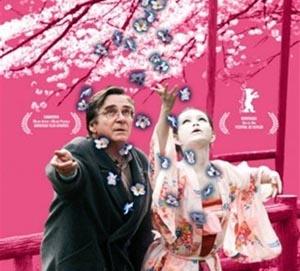 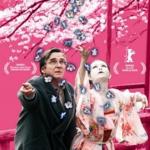 Rudi and Trudi Angermeier have been married for years. They live a quiet, orderly life in Bavaria, where Rudi works as a waste management engineer, and Trudi keeps a modest but comfortable home. Their three grown children, Karl, Klaus and Karolin, have long since left the nest. Klaus and Karolin both live in Berlin, Klaus with his wife Emma and two children, Karolin with her lesbian lover Franzi. Karl, the favorite son, lives in Tokyo. Rudi thrives on routine, and Trudi dearly loves her husband, but she dreams of someday going to Japan to visit Karl, to see Mt. Fuji, and to learn the Japanese art of Butoh dance.

But Trudi's well-ordered world is torn asunder when Rudi's doctor confidentially informs her that Rudi has a terminal disease that will end his life within a matter of months. Trudi chooses to keep Rudi in the dark about his condition, and since he isn't exhibiting debilitating symptoms, she plans a trip to Berlin to visit Klaus and Karolin.

With all but Trudi unaware of Karl's impending death, the trip is less than satisfying as Klaus and Karolin act out old family issues by feigning busy schedules and taking turns foisting their parents on each other. As a result, Rudi and Trudi are left to their own devices and spend their days sightseeing on their own. But a tragic turn of events while they are on a nostalgic visit to a Baltic seaside resort brings their trip to an unexpected end, and this sudden twist of fate lands Rudi in Tokyo with his son Karl.  In this alien milieu, Rudi must come to grips with and seek redemption for his role in Trudi's unfulfilled dreams.

Written and directed by award-winning German filmmaker Doris Dörrie, Cherry Blossoms is as subtle as it is stirring. Dramatic irony draws profound symbolism from ordinary moments, and from it springs a rich gestalt of meaning and purpose.

Hannelore Elsner as Trudi is at once both fragile and indomitable, poised between her dutiful devotion to her husband, and her fanciful dreams of a life more passionately and creatively lived. Elmar Wepper in the role of Rudi Angermeier paints a deeply dimensional portrait of a simple man with a limited palette. Yet in his quest for salvation, he calls forth a remarkably variegated spectrum of raw emotion from his staid visage. And like a petal on the breeze, Aya Irizuki brings the transcendental Yu to life: the personification of Ohanami itself. In the realm of international cinema, Cherry Blossoms is as good as it gets.

Cherry Blossoms is available from Amazon