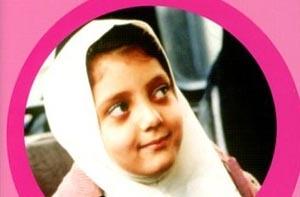 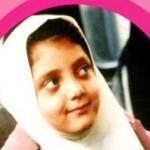 Life imitates art in this 1997 film by Iranian director Jafar Pahahi, in which a young girl whose mother has failed to pick her up after school must make her own way home through the streets of Tehran. With her left arm in a cast, and a school bag slung over her other shoulder, she heads first for the pay phone to call home. When no one answers, she returns to the school to ask the guidance of two adults who are still on the premises. She has a vague idea of where she lives and knows which bus line she takes to get there, so an elderly gentleman known as The General offers her a ride to the bus stop on his scooter. Along the way, she reveals that her mother is pregnant and has been off from work all week.

Once aboard the bus, she takes a seat in the "females only" section, where she overhears the conversations of the women passengers. At one point along the way, she thinks she spots her mother on the sidewalk, but when she gets off the bus to look for her mother, she's nowhere to be found. The only choice is to get back on the bus and continue on her journey home. But when she finds herself at the terminal bus stop and doesn't recognize the landmarks, she must rely on the bus driver to get her on the bus that will take her to Parliament Square.

During a scene on that bus, exactly thirty-nine minutes into the film, the girl looks squarely into the camera, and from behind the scenes, the director says, "Mina, don't look into the camera." To which the girl replies, "I'm not acting anymore," as she pulls off her cast and veil. "I want to get off. Open the door and let me off."

Astonished, the crew and cast members try to cajole her into finishing the scene, but Mina will have none of it. She doesn't like the way her character is portrayed in the film, and besides, she wants to go to her classmate's birthday party. So, just like the little girl she plays in the film, off she goes into the bustling streets of Tehran to find her way to Parliament Square, with the film crew in close pursuit to film Mina's real-life journey home.

Within the context of a compelling story of courage and determination, The Mirror is also an excellent portrait of everyday life on the streets of Tehran: buses, taxis, scooters, street vendors, and the regular folk as they go about the business of life. Characters come into focus through overheard conversations, and throughout the film, snippets of a soccer match between Iran and South Korea can be heard on the radio. It's just another day in downtown Tehran, and one little girl just wants to go home to her family. A simple story well told.