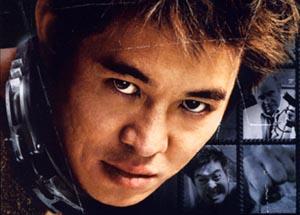 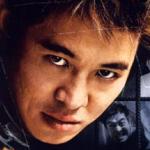 In a time when the average martial-arts movie is a shallow film with just enough plot to justify the plentiful butt-kicking, Unleashed is a long-needed and satisfying break from tradition. It takes place in the underworld of Scotland, and follows the life of Danny, played by Jet Li, a man whose uncle and caretaker has raised him like a dog, on a leash by day, in a wire cage by night, eating dog food out of a can, sleeping on a bare cot, with a simple child's alphabet book as his only entertainment.

Danny's Uncle Bart is a small-time local crime boss. Of course, he didn't rise to this position without help. He has Danny, his trusty attack dog, whose only talent is his ability to fight. He can barely read and cannot write, due to the manner of his upbringing. So, what prevents Danny from simply busting out and running away? His collar. But when that special steel collar is removed, his fighting skills are "unleashed," and he will fight Uncle Bart's enemies to the death. Through this arrangement, Danny and Bart live their life in mutual tolerance and relative prosperity.

Then one day, Danny is presented with a dilemma. In an unexpected turn of events, Danny suddenly finds himself alone. With nobody to watch him, and no walls to confine him, he escapes and soon finds himself in the care of a new family: Sam, a blind piano tuner, and his adopted daughter Victoria. Sam, played by Morgan Freeman, takes pity on Danny and sees him as a child who needs to be protected and reintroduced into society. Victoria, an aspiring pianist helps teach Danny to enjoy the pleasures of living a normal life. Now that he's out in the world, no longer forced to live like a dog, he begins adapting to the ways of humans. He learns to read, write, and speak, and Victoria even teaches him to play the piano. With the help of his newfound family, Danny becomes a kind and compassionate person, no longer in the strangle-hold with his warrior ways.

Meanwhile, with no enforcer to do his bidding, Uncle Bart's business has been going steadily downhill. He needs his "attack dog" back, and he'll stop at nothing to retrieve him. Confronted with this, Danny must make a decision. Will he return to his servile life, will he run away, or will he fight back?

Unleashed is a departure from the typecast role Jet Li usually plays. In many of his movies, such as Cradle 2 the Grave, Romeo Must Die, and Kiss of the Dragon, he is portrayed as a fighter with a mission or a goal that he must pursue regardless of the cost. In his recent roles, he has no more morals than his foes, but goes to fight them to gain revenge for some great wrongdoing. In Unleashed, however, his role is distinctively different. Since he's been fighting all his life, he knows no other way. However, once he leaves the care of his uncle, he learns that fighting isn't the only way, and develops an aversion to his conditioned purpose as a tool for inflicting pain.

Unleashed is less about the fighting than other martial arts movies, especially earlier Jet Li films. Unleashed is the story of how one who knows nothing but fighting and killing can learn to change himself and the way he lives. It is a story of redemption, and how one can break away from a violent past and learn to live again, even if that means rebuilding one's life from the ground up.

And in his other movies, Jet Li has had a refined and streamlined fighting style that relies on agility and speed rather than strength. However, in Unleashed, we must remember that Danny has never had a minute of martial arts training. Rather, he is a self-taught fighter who uses instinct honed by practice. This results in a very strength-oriented, brutal fighting style. Instead of attempting to quickly incapacitate his foes, he sets his sights on one, and then beats him until he is leashed again or until his attention is directed toward another opponent. He uses his strength as a weapon, staying close and suffering blows rather than smoothly evading his foes in his trademark style.

Unleashed stands out from its genre as a martial arts film that focuses on the characters and the story, rather than just stringing together a series of impressive fighting sequences. These unique elements place Unleashed a cut above many other films in its genre, and serve to show that Jet Li is truly a star among the new generation of martial arts heroes.

Born on April 26, 1963 in Beijing China, Jet Li began his martial arts training at the age of 8. When he was 11, he won a national championship of Wu Shu, a type of performance-oriented martial arts and the national sport of China. He has starred in numerous films, including the Once Upon a Time in China series, Kiss of the Dragon, The One, Romeo Must Die, and Cradle 2 the Grave. There is even a video game, Jet Li's Rise To Honor, in which he played as voice actor and motion-capture actor for the game. He had been originally cast for the role of Li Mu Bai in Crouching Tiger, Hidden Dragon, but passed up the role due to his promise to his wife, Nina Li Chi, that he would not work while she was pregnant. He has recently commented that he plans to leave the martial-arts movie business after Fearless, his most recent martial arts film.

Unleashed is available on DVD at Amazon.com