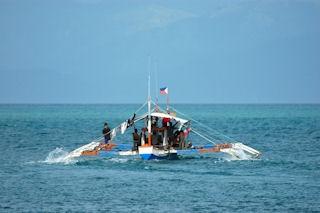 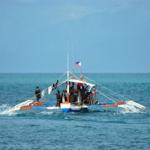 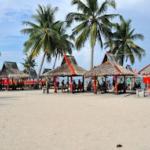 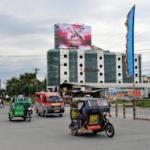 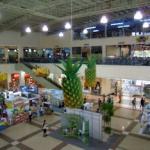 The Philippines is a fascinating country that has a great variety of unique travel destinations with countless beautiful places and lots of exciting things to do, but if you're looking for an out of the ordinary, adventurous holiday destination that also has a sense of history and a dynamic, cultural diversity, then General Santos City may be the place for you.

General Santos City is located in the Southern back-end of the tropical island of Mindanao, tucked away in the mouth of Sarangani Bay and near to rich fishing grounds like the Moro Gulf, the Sulu Sea, the Mindanao Sea and the Celebes Sea. This vibrant, historically rich city and one of the most populated cities in the Philippines, is earning a reputation as one of the main tourist destinations in Mindanao; it is a perfect place to enlist nature experiences with magnificent sceneries, pristine lakes, natural springs, palm-fringed, white sand beaches and historical landmarks. The city is also known as "Dadiangas", a native term used by the original settlers; the ethnic tribe the Bla-an, for a tree which has thorns on it's trunk and stems, at present only a few Dadiangas trees can be found in the General Santos Park and surrounding farms in the city's rural barangays. The city was later renamed to pay tribute to Paulino Santos, a general that led the first group of settlers from Luzon into Mindanao. Nowadays the city is still and all a melting pot of different cultures coming from all over the Philippines.

When you speak about General Santos City (GenSan), you speak about fish; the tuna (Bariles) fishing industry is strongly present in General Santos City. From the airport and harbor large amounts of processed tuna, acclaimed as the most fresh and the best in quality, is sent too many markets around the globe, the city's ports are daily processing the largest total of fish landings in the country.  General Santos City truly deserves to be named as the Tuna Capital of Asia; it is no wonder that many restaurants and smaller eateries (carinderias or turo-turo) offer tuna as their main dish, the word "tuna" is prominently displayed on colourful billboards outside various food outlets. You can order it cooked fried, grilled, as soup and even raw; the grilled tuna is a best seller, but one of the most delicious appetizers is probably "Kinilaw na Tuna", a raw fish salad that is usually consumed as "pulutan". A phrase derived from the Filipino word "pulutin" literally meaning "something that is picked up" or "Finger Food".  But there is no fish on the table without a harbor; the Makar Wharf is the main international public port of the city and one of the best open dockyards in the Philippines. The busy anchorage lies at the head of Sarangani Bay, stretching from the Bay from Tampuan to Sumpang Point. Makar Wharf connects General Santos to foreign as well as domestic routes and is equipped with up-to-date facilities. Not far from the Makar Wharf is the Fisher port Complex, a traditional fishing village where you can see hard working fisherman dragging huge, fresh tunas on their shoulders. From first daylight till late in the evening the fish port is a beehive of activities, the larger tuna, some of them can weigh about 150 kilograms, are hauled in nets from the big trawlers and characteristic pump boats and brought to the local fish auction and markets.

Every month of September the Gensan Tuna Festival, one of the biggest and most awaited festivals in the region, is celebrated throughout the entire city, it is the charter hood anniversary and homage to the fishing industry that drives and supports the local economy. The centerpieces of this exceptional, lively fiesta are the several culinary activities that showcase the city's numerous famous and delightful dishes that can be made from the freshly caught, sashimi grade tuna. Highlights are the street dancing contest, beauty pageants and a float competition in which giant replicas of tuna and other sea creatures are featured. Another must see is the annual Fluvial Procession, a significant and mainstay parade that is participated by thousand of devotees and a myriad of multicolored rigged sea vessels of all shapes, design and sizes in honor of the Feast of the Sto. Nino. The eye-catching flotilla can be best observed from the beach in the Queen Tuna Park, downtown General Santos, this esplanade has a promenade with colourful lights and landscaped gardens; it is used by locals to spend their weekends and students for their outside school projects. This recreation area is an attractive spot for a family outing, skim boarding, wind surfing and beach volleyball, likewise many open-air events are being held during the whole of the year. Vendors that are roaming the park sell all kinds of exotic street foods like fish balls and squid balls.

There are outstanding diving sites near General Santos, some of these locations are scattered all over the province of Sarangani, but always within short traveling distance. The crystal clear waters are teeming with rich marine life and are pleasantly warm, creating an extraordinary underwater experience for beginning and more experienced scuba divers. An astonishing attraction for diving- and snorkeling enthusiasts are the Spanish colonial shipwrecks from the sixteenth through the eighteenth centuries that can be found nearby the coast. Sport fishing and deep sea fishing in the waters of Sarangani bay is becoming a popular recreational activity that will take you away from every days hassle for a while. GeneralSantos is the perfect take-off point to start a marine adventure with plenty of action and lots of fun for all levels of skill and experience. The region offers some of the finest deep sea fishing in Mindanao with an extensive variety of species of big game fish close to shore. For just swimming, snorkeling or other water sports there are a lot of beach sites along the idyllic shoreline, like the Veterans Beach, Gumasa Beach and Tropicana. An overnight stay, with affordable rates, is possible in the beach resorts that are located in the province, the T'Boli Beach Resort, the Rajah Beach Resort and the Maharlika beach resort are only a few of them.

The town is also a great spot for all sorts of nature-loving activities that will give some thrilling, encounters for those wishing to explore "off-the-beaten track" destinations. Amidst these is the Kalaja Karsts Area, a sprawling natural reserve and breathtaking place to visit, endowed with charming wild flowers, dazzling waterfalls and underground caves, the Kalaja Cave is home to scores of bats and sparrows, There is a wide pool inside the grotto, the streaming cold water will give tranquilizing vibes. These spectacular rock formations are millions of years old and named "Kalaha", the indigenous word for frying pot.

Backpackers can start their trips from the campsite of Bunga Springs, right and in the heart of Kalaja Karsts Area and in the middle of rugged mountains and cliffs. The Kalaja area also has authentic sites that can be explored; many hidden bunkers are a sombre reminder of the presence of the Japanese army in the Second World War. A field hospital for wounded soldiers was created in one of the ten caves that the Imperial forces used for their water supply. At present these caves remain a source of rumours and legends about mysterious treasures the invaders may have left behind. Not far from the Kalaja Cave lies the Malakong Gorge, a far-out spot with, smooth, limestone walls for mountaineering, trekking, trail running and other rock- climbing-activities. Camping is also possible at Nopol Hills, the city's highest camping ground that offers a spine-tingling panoramic view of Sarangani Bay. The Maitum's white water tubing is a hair-raising adventure that is clearly not for the faint-hearted, instead of rafts a rubber tube or Salbabida, made of recycled truck tires, is used to traverse the wild waters of the Pangi River. Flowing downstream from this turbulent waterway, while undergoing an adrenaline rush, you can dig the sensation of the rapids and take pleasure in the amazing sights along the 30 minute whirl.

The City of General Santos offers a wide range of convenient hotels with magnificent services and comfortable rooms. A great number of accommodations, catering to all budgets, can be found in the vicinity of shopping malls; General Santos City is unquestionably the place for a great shopping experience. The city has local markets if you are looking for stuff at bargain prices and commercial centers that offer a plethora of items for price conscious locals and tourists. At malls such as Gaisano Mall Gensan, KCC Mall of Gensan, Fitmart GenSan and Robinsons Place General Santos you can buy practically everything you need. Only a couple of footsteps away from the city's public market, along Cagampang Street you can find shops that sell native clothing, such as Malong and the world famous T'nalak weaving, handicraft made by local Maranaw and T'boli craftsmen are much wanted souvenirs.

General Santos City is an averagely paced city during the daytime, but it has a different hue after sundown, then the city actually comes alive. If you like partying or just to hang out with friends, the bustling Al Fresco strip with first-class restaurants, fashionable bars and cosy coffee shops is worthwhile a visit. You can sing the night away at one of the downtown karaoke bars and around and on the beaches there's always some kind of festive occasion going on. Anyway, if you are planning a stay in General Santos, it is nice to know that the weather is not going to spoil the fun for you, the Island of Mindanao is situated outside the typhoon belt and has a generally mild, sub-tropical climate throughout the year, rainfall is spread evenly and it often rains for two or three hours in the afternoon. The best time for water sports is during the dry season from January until June. The months of November and December are bringing a cooler climate to the city, perfect for other outdoor entertainment.

Whether you like sportive pastime, culture, festivals, partying, shopping or just relaxing, General Santos City, offers the best of all for the entire family. The city's genuine hospitality and friendly people will make a warmhearted welcome for visitors.