Gomantong Caves: A Walk into Nature and History 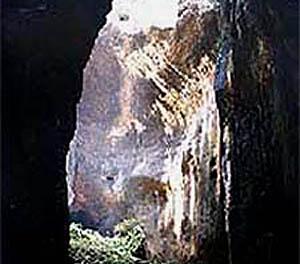 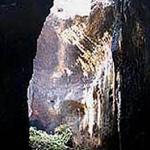 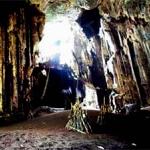 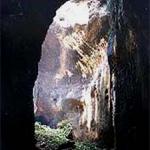 Dark, smelly and filled with creepy-crawlies...stepping into a cave is certainly all that and more. And dressed in a white t-shirt, shorts and brand new runners, I did not relish the thought of visiting the Gomantong Caves en-route to the Sukau Rainforest Lodge in Sandakan. At one stage, I was tempted to remain in the comfortable van while the other members of our team went for their caving adventure. However, the stories about Gomantong Caves told by our Filipino Tour Leader, Junior, captured my attention.

Apparently, the bird nests in Gomantong was what brought Chinese traders to Sandakan in the 13th and 14th century. Soon, a booming trade of exporting swiflet nests to China begin, and continued till this day. Many of these early traders placed their lives on line -- climbing to the tip of the 90-meter high caves in search of the highly treasured birds' nests. Many slipped and died, but those who did not were bestowed with the highest degree if richness and fame.

Once we arrive at the gates leading to the caves, I made up my mind to explore the caves. But first, Junior read out some ground rules before we embarked on our adventure. First, bedaub yourself with insect repellent if you are paranoid about insect bites. The Gomantong Caves are located within the 3000 hectares Gomantong Forest Reserve and many creepy crawlies can be found inside the caves. Also, it is wise to put on a cap or even tie a plastic bag on your head because you might otherwise find some fecal surprises on your head by residents of the cave...some may say it is good luck to have poop bestowed upon you, but I do not fancy this kind of luck. Another rule is keeping quiet during the short trek to the mouth of the cave. This is to increase the possibility of encountering a myriad of wild animals from orang utans to jungle lizards and birds that live in the forest reserve.

There are actually two trails leading to different parts of the Gomantong Caves. The more popular and more accessible is the Simud Hitam -- where "black" birds' nests are found. The more challenging and exciting trek would be to the Simud Putih, where "white" birds' nests are found. As the trip into Simud Putih requires advanced permission and would take at least five hours of serious caving, our group will be going to Simud Hitam instead.

From the car park, it took about 15 minutes to walk to Simud Hitam. The first time you see it, you will not believe your eyes. Compared to the many other caves I have seen, this one is HUGE. Right at the entrance, a group of Idahans and Orang Sungais sat in their bamboo huts, staring at us with slight amusement.

As we cautiously took our first step into the mound of black "something" inside the platform surrounding the caves, the black mound actually moved, shifting like sand dunes blown by the wind. The mound of black is actually guano piled up on the newly built platform. Apparently, the entire floor of the cave is covered with guano measuring some three to four meters deep. Before the wooden platform was built in 2001, visitors must step on it when walking around the cave. So we are considered pretty lucky not having to wade through the guano!

In spite of the massive amount of guano, the stink is not too bad. This is due to the dung beetle, little black insects which feed on the guano. Turn on your torch and you will see them - millions and millions of them crawling all over, on top of each other and digging deep into the guano, breaking it up into smaller particles, feeding on it. They are the cause of the moving mounds. So many of them covered the floor that their movements cause the mounds of guano to shift. I almost railed over in shock when our guide first directed his torch to the mountain of guano where you can see families of cockroaches and dung beetle. I was later told that the cockroaches feast on dead baby swiflet that were too weak to fly and had dropped from their nests.

The cave also houses lots of bats, centipedes (really unusual-looking ones) and even a crab or two. The presence of crabs has given rise to a theory that the cave was, at one time, submerged by the sea which then receded. Walking around the inner cavern was dizzyingly breathtaking, like stepping into another realm with its prehistoric ambience.

As we walked out of the caves, we saw a group of workers constructing a 90-meter rattan ladder to obtain the birds' nests located right on top of the caves. We stood there, admiring the meticulous way the ladders are built. The workers patiently segregated long columns of rattan into two partitions. Each partition is then twisted in an opposite direction. Wooden rungs are lodged at specific intervals between the partitions and ropes are used to reinforce the ladder. Working with very basic tools, I cannot help but admire the ingenuity of the workers -- building that rattan ladder is a true art in itself.

We are also immensely curious how the ladders are placed on the surface of the walls. Our tour leader later explained that there are hooks on the walls -- believed to be put in placed by the Chinese cavers hundreds of years ago, to help hang the ladders onto the wall. Till today, it has remained an archaeological mystery how the hooks are placed without any climbing equipment. Some have speculated that ancient people with long limbs and even longer legs delicately placing the hooks at appropriate places on the walls. A more logical suggestion was that the cave was structurally very different many years ago and a group of highly skilled climbers carefully placed the hooks on the wall.

Today, there are two types of birds' nests harvested in Gomantong. The black nests are constructed by the species Collocalia maxima. This type of nest is cheaper because feathers are incorporated with the bird's saliva, which means that is has to be cleaned properly before being sold. The white nests are produced by the Collocalia fusiphaga birds, which is constructed entirely from saliva. Isn't it ironic that people are forking out tons of money to eat bird saliva The nest is slightly rubbery and does not have any particular smell of distinguishing taste and is entirely devoid of nutrients, according to scientists. However, among the Chinese community, the birds nests is considered a status symbol and is a popular delicacy in Chinese restaurants. It is also highly regarded for its medical and recuperative properties, even though research have failed to discover any special compounds in the birds' nests.

On our walk back to the bus, we were treated by an unusual sight -- that a wild mother Orang Utan and her two babies playing on some trees outside the caves. This is a highly unusual treat, as wild Orang Utan usually venture only in deep forests. It is these natural wonders that make visiting Borneo Island such a magical adventure.

The easiest way to get to the Gomantong Caves is to join half-day tours departing from Sandakan town. A tour package that includes entrance fee into the caves, lunch and a short tour of Sandakan town costs around RM 120 per person. Alternatively, you can hire a car and drive to the Caves, which is located about an hour's drive from Sandakan. Entrance fee is RM 30 per person for non-Malaysians, with an addition camera fee of RM 10 per camera.