Made in Mindanao, a culinary challenge. 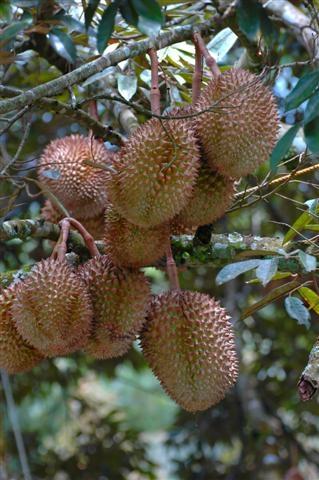 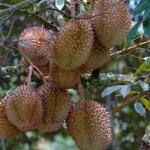 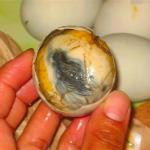 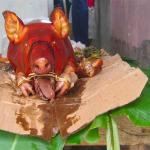 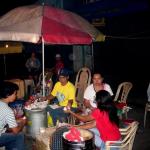 In Mindanao food is the basis of social life, here one can taste tempting food that has a unique mixture of western and eastern cuisine, but in its own way slightly strange, more different, daring and a delicious exception. When it comes to the local cuisine of the Philippines, this exotic Island is better known for its Balut, Durian and Lechon baboy. delicacies for those with an open appetite for the colours and tastes of  traditional Philippine food.

One of those unusual delicacies is the notorious cooked duck egg named Balut, a very popular Filipino street snack. A balut is not like a normal egg, the shell contains a fertilized egg with a nearly-developed, healthy living embryo, between seventeen to twenty days in gestation. The embryo is complete with recognisable features, almost ready to see the daylight.  This "national passion" is eaten in the shell and considered as a high-protein, hearty snack also believed to be an aphrodisiac. Before the shell is peeled off, he broth surrounding the embryo can be sipped from the egg, after this the tender chick inside can be taken in. Cooked balut is normally sold by street vendors out of buckets filled with sand, used to keep the eggs warm and given with small packets of salt or spiced vinegar.

The durian is a large, spiky fruit, native to the tropical rainforests of Mindanao, also known as "the king of the fruits" and widely considered to be the world's smelliest. The flavour of durian is sweet, but the odour is nearly overwhelmingly repelling and offensive even when the husk is intact.  Real durian lovers say the fruit smells like hell but it tastes like heaven, they are convinced that It tastes like it looks, the worse the smell, the better the taste. This smell raises many different reactions from extreme disgust to utmost appreciation. This tropical lowland fruit is not only distinctive for its unique odour and taste, also for its large size and impressive thorn-covered husk. The mature fruit is golden brown and yellow, the taste of the flesh can be described as creamy and sweet. The seeds found inside can be eaten raw, roasted or canned.  Durian is very nutritious, filled with  proteins, minerals and fats.

Lechon Baboy is an all-time, truly delicious Filipino favourite food and one of the many highlights of Filipino fiestas and other special occasions. Any Filipino celebration would be incomplete without this symbol of the Philippine feast on the table. Lechon baboy is prepared in traditional Filipino style by stuffing the inside of the pig with a variety of herbs and vegetables, like onions, garlic, lemongrass and ginger. Preparing the pig for consumption takes nearly a whole day. The body is soaked in hot water, shaved and thoroughly cleaned. The pig is then slowly roasted for several hours over a charcoal fire, resulting in tender meat with a rich, dark brown and crispy skin. Lechon Baboy is traditionally served with an apple in its mouth, carved, and eaten with a delicious liver-based sauce.