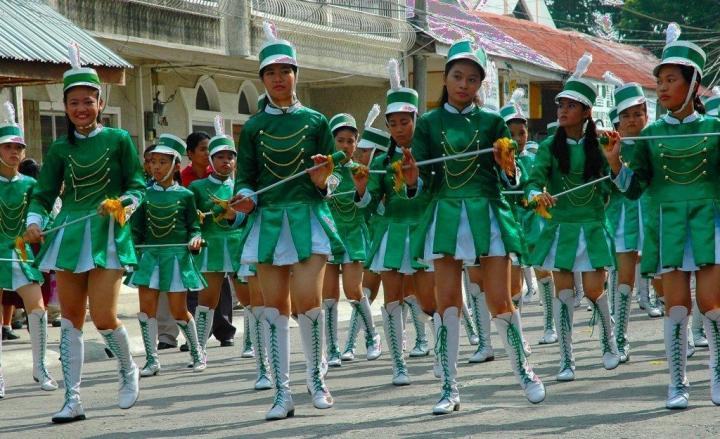 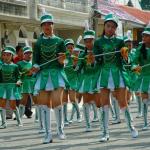 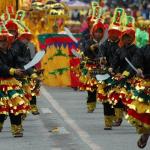 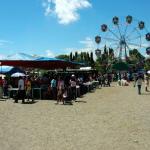 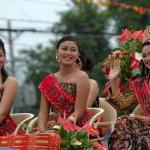 The many fascinating festivals that are organized in Mindanao are a dynamic, integral part of daily life; these festivities are rooted deeply within the people and their culture.

With high spirits, enormous vitality and great enthusiasm, different kinds of creative activities, big or little ceremonies are held all year round in several regions of this exotic peninsula. Mindanaoans are gentle and fun-loving people who enjoy every moment of celebrating their town fiestas and festivals by the various communities to pay tribute to a historic event or religious fervour. Suited up in colourful costumes, participants paint their bodies and faces to perform at the many processions and popular street dancing contests that are held in every corner of the island, representing a blend of umpteen religious beliefs, promoting their rich heritage. Festivals in Mindanao are the backbone of the island's legacy, they can be extravagant and flamboyant, but at any time an engaging and entertaining show to local and foreign spectators.

Far and away the most significant celebration in Davao is the Kadayawan sa Dabaw Festival, often dubbed as Mindanao's "festival of all festivals" and one of the country's top drawing anniversaries. Being held every August to celebrate the wealth of the city's heritance and the bountiful harvest of Davao's flowers, fruits and other products. The term "Kadayawan" is taken from the Mandaya word "madayaw", meaning a friendly and warm greeting for all good things in life. Floats of fruits and flowers, and a variety of indigenous tribes parading the streets, dressed in tribal costumes are just some of the highlights bringing a festive atmosphere all over the city.

The most famous and widely acclaimed festival in General Santos City is named the Kalilangan festival, every last week of February homage is given to the city's forefathers and the harmonious coexistence of the numerous cultural and religious communities in the city. Kalilangan itself means festival or jubilation; it is an extraordinary display of unique and picturesque ethnic rites, rituals, traditions, entertainment and amusement. An exciting street dance competition (Kadsayagan) and a fireworks display are just two of the major events that will sweep of the feet of its visitors.

Just like the Kalilangan festival, the Tuna Festival in General Santos City features the traditional parades with replicas of tuna and other sea-creatures. Several contesting groups energetically perform their best street dancing capabilities on inspiring, rhythmical music. But the centrepieces of this ceremony are the many culinary presentations held throughout the city. This one week long cultural observance is not to honour any patron saint or historical event, but an acknowledgment to the city's flourishing fishing industry.

One of the more interesting merry-making activities in the province of South Cotabato is the Helubong Festival, the main festival of the native T'boli and B'laan tribe's people of Lake Sebu. Helubong is a T'boli word meaning never-ending joy. Every 2nd week of November, the T'boli people, dress up in their native attire; kimu t'boli and ngom and demonstrate their different arts and dynamic culture with songs, dances, rituals and games, like the traditional horse fight.

The Helubong festival, a spectacle where rural wisdom comes alive, is a seven day journey through the past, present and future of this magnificent region, its community and their unique folklore.

A real exhibit of unity is the Kalimudan Festival, held in Sultan Kudarat every November, Kalimudan is a Maguindanaoan phrase meaning "informal gathering". This maternal revelry brings together about every major ethnic group on the island, like the Manobo, Tiruray or T'boli to commemorate the foundation anniversary of Sultan Kudarat. The festivity memorialize the richness of Mindanao arts and the tribes social, ancestral and historical heritage with various activities such as street dance, sports competitions and the exchange of gifts

Mindanao is famous for its communal celebrations, the fiestas, these occasions are of a great personal importance to the social life of rural Filipinos. Family, friends and neighbours, from other barrios will visit each other to enjoy the abundance of food and exchange the latest gossip, for them a good fair will bring good luck for the rest of the year. Fiestas are usually smaller in scale than festivals; every barangay holds an annual feast in remembrance of a local historical event or honouring its patron saint. Fiestas with striking names like the Babak Fiesta, Peñaplata Fiesta, Musikahan, Araw ng Sta. Cruz and the Mango Fiesta are an essential component of provincial living. The main features of the festivities are often a carnival, a village fair, and in many events a beauty pageant.

Beauty pageants are an inseparable piece of almost every event in Mindanao, local girls show off their charm, good looks and talents, expressing the vibrant spirit of their home town and fiesta. The most prestigious beauty pageant in Mindanao is the Mutya ng South Cotabato, held during the T'nalak festival in Koronadal city. This happening is an breathtaking competition with international allure. An encounter open for ambitious candidates from the province of South Cotabato and abroad. All of them, passionately trying to impress the judges and dreaming of a chance to be one of the main contestants. The fairest of all will be chosen and crowned as the queen of the festival; she will take her rightful place on the throne of the float.

These many eye-catching, popular festivals and fiestas are rich in tradition and history, handed down from generation to generation, each occurrence is as unique as the people it represents. It is what makes this tropical islet one of the most exciting tourist destinations in the Philippines. No matter when and where you travel, whatever time of the year, it seems there is always some kind of beautiful and mesmerizing get together going on, providing amazing opportunities to experience the genuine hospitality and incomparable warmth of the wondrous people of Mindanao.