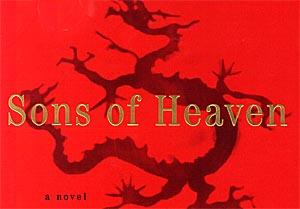 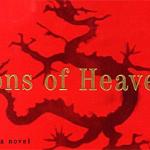 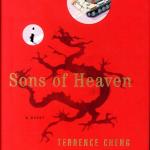 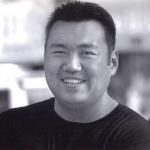 National leaders occasionally decide that some of the nation's citizens must die so that the nation may live. This is true whether the citizens are soldiers sent off to war, murderers hung from the gallows, or dissidents shot in the street.

In June 1989, thousands of protestors gathered in Beijing's Tiananmen Square to demand the reform or the removal of their government. Drawing their slogans from Mao and their symbols from the Statue of Liberty, using weapons from hunger strikes to Molotov cocktails, they nearly succeeded. But then the People's Liberation Army arrived, murdering hundreds or perhaps thousands of souls.

The most famous image of the uprising showed a man facing down a tank. Who was this man? Who were the soldiers and leaders who wanted him dead, and why? A new novel, The Sons of Heaven by Terrence Cheng, provides some answers. It tells three stories: that of the tank-defying dissident Xiao-Di, the rebellion-quashing soldier Lu, and China's chain-smoking leader Deng Xao Ping. Xiao-Di and Lu are brothers, and Deng was once a dissident. Thus does Cheng debunk the simplistic, good-versus-evil treatment the event often receives.

Xiao-Di studies at Cornell University, where he is given an addictive whiff of freedom and wealth, while Lu stays behind, bound by duty and country. Xiao-Di returns to China to find fear and poverty, but also a wariness of foreign influence, i.e. Xiao-Di. Deng, who had been imprisoned for his so-called counterrevolutionary beliefs, is sympathetic toward the students but is justly skeptical of their ability to rule. Xiao-Di's rabble-rousing endangers his family's life; Lu's obedience challenges filial bonds; and Deng's decisions haunt his dreams.

Because Terrence Cheng was born in Taiwan and is a long-term resident of New York, the reaction to the novel on both sides of the Pacific will probably follow the usual doctrinaire lines. Perhaps the China People's Daily will call it "subversive", or the New York Times "an indictment of totalitarianism." It is neither, and that is its virtue. It is a story of three men doing what each thinks is right in the context of their personal histories, and world history. As no less than Marx once said, "Man makes his history, but he does not make it out of whole cloth." Man makes democracy, but he does not make it overnight.