Rumours about the Philippines 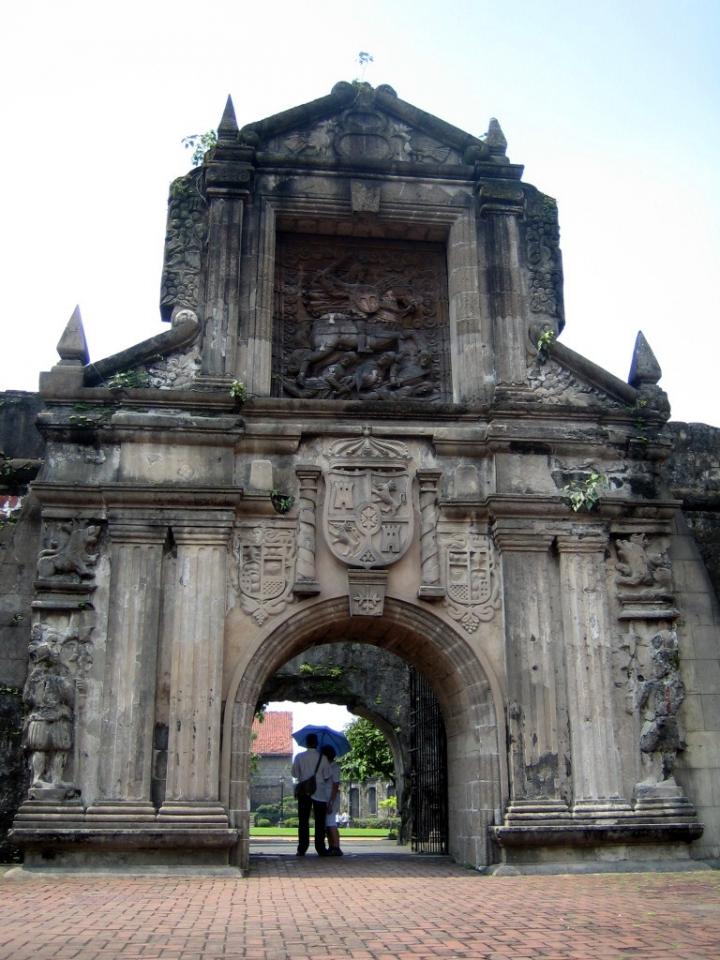 The gate to Intramuros. Intramuros is part of the old city of Manila. It is an old fort town which was used to be located by the sea and served as the dwellings for the Spanish colonizers. Today it becomes a historical site to commemorate the national hero, Jose Rizal. 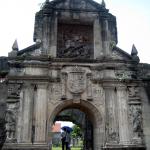 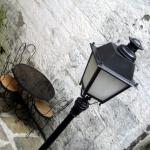 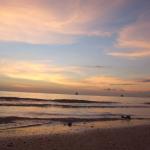 When I was about to go to Manila two weeks ago, most of my friends expressed their concern and tried to talk me out of it. Apparently they have heard a lot of nasty rumours about the Philippines, being a lesser known holiday destination compared to Thailand or Malaysia. Different friends came with different rumours. “There will be a coup d’etat soon to overthrow President Macapagal-Arroyo. You should definitely postpone going or, better still, cancel it altogether.” “People get kidnapped there, you know. The whole country is full of rebels.” “It’s hellishly hot and dirty. Why do you want to go there in the first place?” “The food is horrible. It’s hard to find vegetables there.” And this is the most hillarious one: “You’ll get a full body search in the airport, you’ll be getting an indecent treatment.”

Okay, I have to admit that these are enough to make me think twice. However, the awareness that I come from Indonesia – a country with an equally bad international reputation (among many: terrorists all over the country, poisonous ice cubes, non-stop natural disasters), makes me decide to give the Philippines the benefit of the doubt. Based on my own experience, I knew how such rumours could be totally misleading and I decided that I would not believe a word of it until I saw and experienced it myself. And so I went to Manila despite the many protests and worries.

The moment I arrived in Ninoy Aquino International Airport, I realized that one rumour was at least true. Manila was indeed scorching hot, even in the early hour of six o’clock in the morning. My friend, a postgraduate student in De La Salle University, came to pick me up from the airport and when I complained about the heat, she simply said, “But it’s not hot at all. You should come in April to feel what the real hot is like.” I found out later that in her university, she did have what was termed as “summer course” even though the Philippines was actually a tropical country and had neither summer nor winter. The term “summer” most probably referred to the temperature instead of the season. She confessed that when it was “summer”, she practically moved to the air-con-ed conservatory in the university with her lap top. “I would stay there all day and leave only after it’s dark, otherwise I’m going to die melting outside,” she said.

However, other rumours remain unproved. I didn’t get kidnapped, the coup d’etat didn’t take place, I quite liked some of the Filipino food I tried (especially halo halo, suman and the infamous peach mango pie from the chain restaurant, Jolibee), I don’t think I met any rebels as most people were actually very nice and friendly, and I had a great time touring the Intramuros and Casa Manila and the many malls scattered throughout the city, among the most famous names were Greenbelt, Glorietta and Malls of Asia. I didn’t get the rumoured body search in the airport but I did have one every time I entered a mall and an LRT/MRT station. However, there was always a pair of male and female security guards to deal with each gender, so my worried friends in Indonesia could be relieved because I experienced no sexual harassment at all with the female securities who mostly only patted my back to make sure I didn’t carry any weapon there.

One thing I found impressive is the division between male and female carriages in the MRT/LRT (Btw, I still cannot tell the difference between MRT and LRT in Manila until now. I was told that one term referred to the new lines and the other to the old ones though it’s not clear which was which). Anyway, the Manila MRT/LRT provides carriages for female passengers only, usually the first two front ones. While waiting at the station, one could usually spot a uniformed security guard and a bench that marked the division. I think it’s a great idea. I’ve been using lots of different inter-city train in London, Paris, Barcelona, Singapore, Malaysia, Bangkok, but this is the first time I find trains that offer privilege for women. Although I’m not sexist and I fully support gender equality, I can’t help thinking that it’s just such a nice system, especially during the crowded peak hours.

When I came back to Indonesia, happy and beautifully tanned from my three-day stay in Boracay, I told all my friends that I had just had one of the best holidays in my life ever. And no, there’s no kidnapping, no rebels, no coup d’etat, no indecent body search, nothing but great people, great places, and great experience. “You should all go there,” I said, “It’s cheap and it’s such a wonderful place. I want to go back myself and see more of their lovely beaches.” However, just when they started to take my words seriously, I got an e-mail from Manila, “Guess what, the Glorietta mall that we visited when you were here was bombed yesterday. Several were killed.” I immediately received piercing haven’t-we-told-you look from all my friends. Well, I guess I have to wait for quite a while before I can go back to the Philippines without killing them with worry. Yet, I will definitely go back.

The White Heron Sanctuary in Ubud