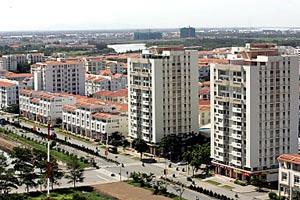 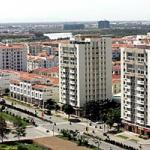 HO CHI MINH CITY, July 17, 2005 - Fifteen years ago Saigon South was all marshland and paddy fields, worked by peasant farmers. But years of runaway growth have led to a remarkable transformation.

It is laying claim to being the future face of Ho Chi Minh City, a look that authorities hope will allow the new district to emulate some of the more advanced cities of Asia.

Alongside tree-lined avenues are the latest designs in apartment blocks, boutiques and luxury villas, albeit some built to garish tastes. Shopping complexes and a high technology park are leaving the drawing boards.

Ho Chi Minh City, the country's growth engine with a burgeoning population renowned for its dynamism, is a permanent construction site trying to meet an insatiable hunger for space.

Saigon South is a fashionable area, said Kim, a 40-year-old businesswoman who declined to give her family name.

"For expatriates, especially South Koreans (who are present in large numbers in Vietnam), and for local yuppies and the young-at-heart, who have stable and good incomes," she said.

Kim gave up her house close to the airport on the northern outskirts in March and bought another featuring three rooms and a small garden in Saigon South.

"It's close to the city-centre and the prices are reasonable. It's a quiet neighbourhood and a security guard keeps watch," she said.

Her husband found the essential requisites for well-heeled residents -- tennis courts and a golf course.

Promoted by Taiwanese developer Central Trading and Development Group, Saigon South covers 3,100 hectares (about 7,650 acres) and stands in contrast to the chaotic development elsewhere in Ho Chi Minh City. For several years, the authorities have been seeking to get a grip on runaway development.

The city's population has swollen from 500,000 in the 1940s to 3.5 million in 1975 -- when the Vietnam War ended --- and to the current seven million. But the growth has been supported by no planned development.

Between 1994 and 1997, it fattened further and witnessed an influx of foreign investors enamoured by the prospect of another emerging Asian Tiger as the Communist government moved from a central planned to a more market oriented economy.

"But with the Asian financial crisis, the city experienced a recession between 1997 and 2000," said Mark Townsend, CB Richard Ellis Vietnam's managing director.

And like other major cities in Asia, Townsend said Ho Chi Minh was lined with unfinished buildings.

The crisis passed and by 2000 another round of growth began.

"Vietnamese companies embraced the real estate market. For the last year, foreign groups have been coming back. They are mostly Asian, from Taiwan, South Korea, Singapore or Thailand," Townsend said.

A new urban middle class is emerging on the back of the city's runaway economic growth, which touched 11 percent last year, fuelling a chronic space shortage.

In the city centre, luxury buildings are mushrooming at 20 dollars a square-metre (10.76 square feet), much higher than in Bangkok.

To help fill demand and cash-in, Vietnamese developer Bitexco in April launched construction of a 68-storey building, the city's tallest. In every direction, Ho Chi Minh City is breaching its limits.

"Residential districts have come up to the northwest and southwest of the city," said Pierre-Jean Malgouyres, deputy general manager of Archetype, a firm of architects and engineers.

"It's an often anarchic urbanisation," he said, warning of serious problems for water treatment and waste disposal.

Ho Chi Minh City's planning and investment department acknowledges the problem, declaring recently on its website that the city "suffers from a worrying environmental deterioration".

Hoang Dao Kinh, deputy chairman of the Vietnam Architecture Association, said in the state-run press that Vietnamese cities need to be developed in a controlled way.

"But we have never reached this target because the pace of development always outstrips us."

Ho Chi Minh City is congested, polluted to near choking point but the authorities have not abandoned their ambition of making it a major city in the region.

To the east of the city, another new urban area is coming up in the Thu Thiem district, across the Saigon river.

"The city authorities want to develop nothing short of another Singapore or the equivalent of the Pudong new district in Shanghai," says Archetype's Malgouyres.

The project, under consideration for over a decade, has been handed to American architects Sasaki Associates, and company president Dennis Pieprz says soulless concrete blocks are out.

Environmental quality will be of the essence for 130,000 residents, he said. A fifth of the area will feature parks, green space and water courses.

"The plan reshapes canals and creates lakes, we think of our project as an 'urban delta'," Pieprz insists while alluding to the Mekong delta, the extremely fertile area in southern Vietnam.

All that remains is to rope in the investors. And if they come round, Ho Chi Minh City will by 2020 have acquired a well planned urban environment, taking it a few more steps closer to becoming a modern metropolis.