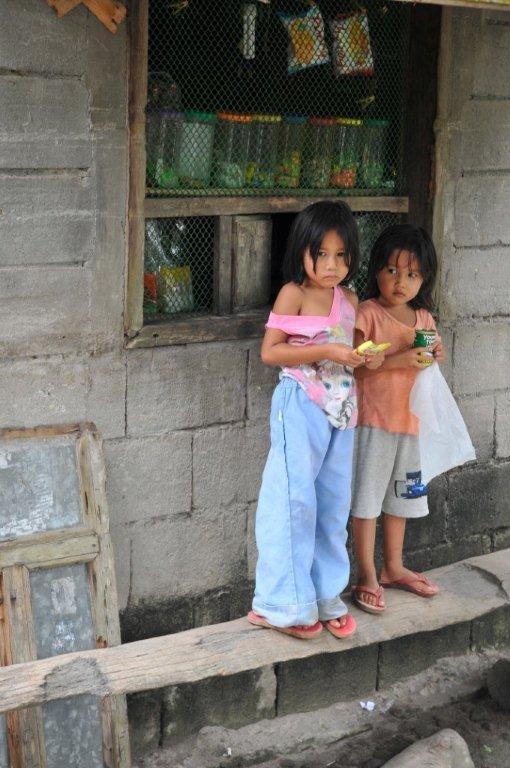 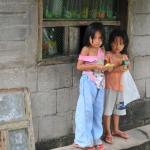 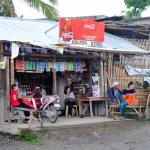 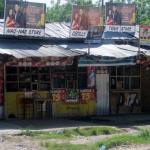 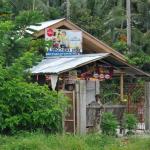 It is a small phenomenon of the vast Philippine cultural and economical landscape and one of the most legendary and well known symbols of this amazing archipelago in Southeast Asia.

It can be found throughout every city, many villages, each neighborhood, at almost every corner of any street, in residential areas and even in the poorest squatter communities. It is the oldest and smallest kind of store in the country, the Sari-Sari store is a unique part and a common essentiality of everyday life for the Filipino people.

These humble convenience stores (tindahan) have been up and around for many years, it is believed that the first stores date back more than 500 years ago, it is a piece from the past, it is still present today and it will be there in the future. Sari-Sari stores are literally everywhere in the Philippines, often privately and family operated out of small-scaled bamboo huts, inside the shopkeeper's house or (semi-) detached in front of or solitary next to the proprietor's homestead. Frequently a large signboard is drawing the attention of the customer, bearing the first, the last name or initials of the owner, here and there with sounding names like 2sister store, 4 Marias store and 3 brothers store. As a rule, alongside the store name, prominent advertising material of the main supplier, usually a cigarette brand, soft drink company or beer brewer is printed.

Sari-Sari means "various kinds", referring to the goods that are available in a wide range of sorts and sizes, from candies, detergent, soap, toothpaste, canned goods, coffee, soft drinks and ice-cold beer, instant canton noodles to a load for your cell phone. Cigarettes can be bought by the stick, shampoo in miniature sachets and many other things. Most basic necessities are sold in single-use packets (tingi), allowing everyone to purchase the goods they need, at an affordable price and at any convenient time, of course with an exception for the afternoon siesta. The store owner is repacking its merchandise into smaller quantities, various kind of food like rice, salt, pepper and sugar is sold in tiny plastic bags. Cooking oil, soy sauce, vinegar and even gasoline is measured in cups and then poured into a bottle or glass that the shopper brought with him. Now and then soft drinks are sold in a plastic bag, several customers can not pay for the deposit for the bottle or do not want to return later to get their down payment back.

Open seven days a week and at an average of 14 hours a day, the small village stores play an extremely important economic and social role in urban centres, city slums, rural townships and small barrios. In remote areas the nearest shopping mall, market or grocery can sometimes be far away, so the native Sari-Sari store will also spare the people their transportation expenses. Unfortunately, numerous people earn just enough to feed them through the day, so they can only afford what they need for that day. A myriad of Sari-Sari stores are located in areas with an average underprivileged population. It allows the over all poor community to budget their peso's and generally will provide some credit (pautang) to villagers who have limited financial means. However, the storekeeper must cope with clientele who can not or will not pay their debt, though because of the close communal ties, whereby everybody is a casual friend of anybody, they know on which door to knock to collect their pending credit. Regrettably some stores have to close down their business for the reason that tabs are not being rendered.

Typical Sari-Sari stores, especially in the provinces have their colorful, assorted items displayed in a big open framework covered with chicken wire and iron bars, with an opening for passing goods and money. Small items such as candies and cigarettes are placed in plastic jars, so a customer can pinpoint the goods he or she wants to buy. Wooden tables and benches are set up in front of the shop for their patrons, this hangout (tambayan) offers a shelter from the hot sun during day time and gives refuge from the tropical rainfall. It is a place where you can meet friends and neighbours and catch up on the local gossip (chismis) around the block whenever you like. It is the prime hub of social activity in the community, a perfect location to meet each other after a hard days work and to drink some cold beers, soft drinks, a cup of coffee or just having a smoke in the evening while enjoying the locally produced liquor called tuba (fermented sap of palms).

Throughout the day many street vendors gather around the store to sell an array of things such as native brooms (walis), household goods, roasted nuts and all kinds of home made street food. Mothers come with small children to do some shopping and listen to the latest rumours, their kids, screaming and laughing, are running around barefoot or with worn out flip-flops, playing games on and under the tables. Jeepneys and tricycles stop in front of the shop to let passengers in and out or unload their transported goods, making the locality a real beehive of activities with many different sights, smells and sounds. Occasionally the owner of the store has a small TV set placed inside the shop, customers can view a basketball game or boxing match peeping through the front screen that is filled with various sachets, snack pockets and candy bags. An important occasion is when the results of the weekly lottery (loteriya) are announced, the tambayan is crowded with men and women watching the show, all wishing to hold the winning numbers, hoping and praying by hitting the jackpot their life time dream will come true that evening.

For many local and foreign visitors, a Sari-Sari Store is considered the second to none meeting place to mingle with the residents. Filipinos are easy-going, always friendly and very hospitable, the stand is an excellent place to meet old friends (kaibigan) and make new ones. It is a great opportunity to learn and understand more about the people, their way of life and a unique chance to get a glimpse into the authentic regional culture.

The Philippine Sari-Sari store is not just a mainstream outlet, it is not only a small mom and pop shop, it is your shopper's convenience, it is much more than a home-based marketplace.

It is a neighborhood institution, a vital lifeline deeply grounded in the community, a small time creditor in hard times for the impoverished residents, but most of all it reflects the endurance and flexibility of the Filipino people.