In Search of Shaolin 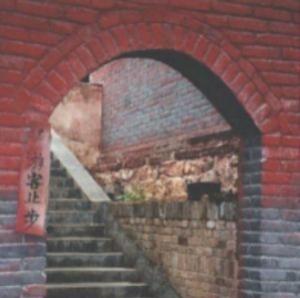 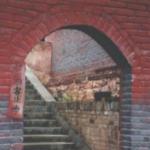 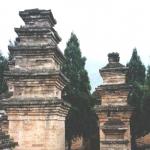 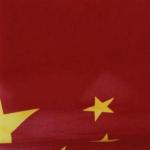 The young boy sitting across from me is retching into a clear plastic bag that he clutches in trembling hands. From time to time his father pats him on the back, gentle consoling taps, when he's not occupying himself by pointing with great excitement through the windows at some passing spectacle.

I am sitting on a part of the engine, one of those carpeted dromedary humps that surfaces from below and doubles as central heating in old wrecks like these all throughout the developing world. The bored woman pressed close to my side is standing prim and proper in a pastel blue dress and thick, beige nylon leggings. Her thirty-something hands give off a hint of sandalwood and hold a microphone through which she drones on with telltale tour-guide intonation.

It was beyond me how I had ended up on this tour in the first place. One moment I was standing in the middle of Zhengzhou's crowded bus terminal, lighthousing a confused head from side-to-side, desperately seeking a ride southwest and away from the drab city. At then I heard it come up like a wave, the shrill caws of "Shaolin, Shaolin!" from the same voices heard the world over that either fill empty buses or sell roasted peanuts and crackerjacks.

There was no bargaining, not this time at least, when I approached the poker-faced man at the ticket counter. The price was clearly marked in bold numbers and seemed reasonable compared with other trips I had arranged from Nanjing or Shanghai. There weren't any other foreigners in sight as I climbed into the heated den of our pint-sized jalopy and was offered the seat just behind the driver, the only seat that would fit me by a long shot.

The terrain passes by in translucent snapshots, images of rural China. The roads are dusty and potholed, and topless children muck about with mangy dogs at their sides. Drainage ditches overflow their banks here and there and thick black smoke billows out from tin chimneys on shanty rooftops. The universalism of third-world poverty is everywhere I look, sharing so little in common with the grand showpieces of Shanghai and Beijing.

The boy was coming around a bit now, pointing at the Canadian flag on my pack and whispering something to his father. "Jianada," I confirm my nationality, expending a quarter of my arsenal of Mandarin. Next he eyes the sweets peeking out from my pocket, and I offer him a couple of lemon candies that he tucks away into the jacket of his yellow tracksuit with a satisfied smile. Judging by the passengers squished two or three to a seat, craning necks out towards the rural scene, this tour was designed for city families heading out to the countryside on this, a national holiday. The women wear mostly long dresses, while all but one of the men have a sports jacket over a collared shirt and trousers, here in a country, like much of the developing world, where owning a shirt and jacket still represents something of value.

If there is a feeling that I always overlook while dreamily planning just this sort of a trip, it is the shock of helplessness. It floods back with each new step into foreign terrain. Here, of course, the writing is indecipherable to an untrained eye, and might as well be Egyptian hieroglyphics to me. But in a funny way, a traveler like me can revel in such ignorance, forced to poke a nose out of guidebooks and confront the local population face-to-face, on a more human level. And from just such a spot of communication I learn that Shaolin is still over an hour away and that we will be stopping a few times before reaching the famous birthplace of kung fu.

Kung fu is about as foreign to me as Chinese characters, meaning that I had glanced at it from time-to-time growing up near Vancouver, but that it was nothing more than window dressing for a culture that I had never really taken the time to appreciate. As a martial arts enthusiast, however, I couldn't help but be drawn into the mystery of China's true martial art, especially one with such an influence on my own Okinawan karate. And so it was with a kind of starry-eyed simplicity, memories of Jackie Chan and Carradine, monkey punches and Drunken Masters, that I was drawn towards this remote central outpost so far from the foreign tourist trail.

Racketeers come in many sizes and shapes but most often take the form of tour company operators in countries as poor and as newly capitalist as China. This can be the only explanation for the pit stops we make on our way to the temple of Shaolin. The first attraction is a rock crystal gallery, a dime a dozen in these parts, into which only a few of the passengers enter despite the anxious prodding of our tour guide and lumbering, henchman-like driver. Next is a roadside cafeteria that wafts so foul from the doorway that not even the hungriest looking tourists dare to enter. My stomach grumbles away but I fight the urge to test my hand (and digestive system) with fate. Here the driver chats away for almost twenty minutes with a woman who looks like his girlfriend or at least a potential one, the way she smiles as he eyes her up and down over a steaming styrofoam bowl of noodles. Finally, we pull up to a featureless temple that seems to be of no significance, as only a half a dozen men get off, and only then to light cigarettes or urinate just out of sight on the brick wall around the corner.

At last the young boy jumps up for a second, his mouth agape, as the gates of Shaolin come into view, flush against the mountains ahead. The passengers shuffle together on foot behind the screeching guide, elbowing their way in between a dozen other tours, and before long I am hopelessly lost in a fast-flowing river of ecstatic Chinese realizing life-long dreams. The skies are dark overhead, and I can almost smell the rain. I hear the resonant gongs of Chinese drums, and in an instant a pack of young Buddhist monks emerges from the double-doors of a wooden entrance. They are clean-shaven and playfully energetic, pulling at each other's golden robes like simple schoolboys. Some of them hold long wooden staffs or metallic bladed weapons and I almost salivate at the thought of the expert kung fu demonstrations that must be about to begin.

While waiting, I stumble around the temple grounds, a digestible series of open courtyards, matted rooms and inviting doorways. Every wall and rooftop is caked in brilliant vermilion and yellow, with touches of aquamarine and gold adding a glow to the general excitement in the air. I snap off a few rolls of film and squint long and hard at startled looking Chinese as I try without success to locate my group. I am drawn deeper into the maze, wandering around the labyrinth like a lost child at the mall and despite my best efforts, seem only further from unlocking the mystery of Shaolin.

Over high stone-and-mortar walls I can hear the clash of metal on metal like the taunts of the old masters, just out of sight. Through one door sits an expressionless monk with a Confucian beard of speckled gray and white, while behind another is only the silence of a cemetery. It is at this moment, wondering if I haven't entered some forbidden wing of Shaolin, that I catch a slight glimpse of a man huddled up in the shadows of a distant doorway. He waves a hand towards me, drawn up from under a long black robe. In simple lilting English he whispers, "You wanna see kung fu? Really see kung fu? I'll give you deal, real deal. Shaolin special!" Great, I am dying to see a classic demonstration in this birthplace of martial arts and all I can find is a two-bit kung fu pimp, China's answer to Don King. Where are the hundreds of acrobatic students that nearly jumped off the pages of the tourist pamphlets? Once again, China left me both dazzled and confused, charmed by its beauty yet wondering if I haven't been missing something all along.

His price is the equivalent of fifty American dollars, or a good number of days travel in these parts. The exorbitant offer drops with each step I take away from the peddler, and I leave with the suspicious feeling that bandits have materialized where the elusive kung fu was meant to appear, punishment perhaps for something dishonorable I have done in an earlier lifetime. The rain is falling now, not the anticipated showers, but in thick drops that dampen my sweater as much as my spirit, and seem to fall as if in slow motion. I rush towards the bus, half-convinced my tour and an oversized blue backpack are hurdling down the muddy road without me.

The driver is half-asleep, boots up on the dash and an unlit cigarette dangling from below a scraggly moustache. With his hands he signals twenty more minutes and I trudge uphill toward the Forest of Dagobas, dark shrines standing five and ten meters high from where I should be able to look down on the main grounds. Each darkened tower is made in memory of a single monk of Shaolin and the welcome, comforting silence is not unlike that from within the heart of any otherwise natural forest. From this ledge there is a soggy view, not of uniformed children performing crane stances and jumping sidekicks, but of a wet crowd inching towards what looks like an old theatre.

Once below, the octagonal wooden building materializes as a memorial hall where dozens of pungent, hardwood busts are displayed along a winding walkway. Sweet incense burns all around these, the faces of the Shaolin temple, the men who have carried this legacy from generation to generation, giving birth to the legend of kung fu, a legend that has somehow eluded me, for this trip at least. I return to find the bus idling away in the boggy gravel parking lot. Many of the passengers are fiddling with jade trinkets and other little souvenirs. An outstretched hand awaits me as I climb back towards my seat, now doubling as an umbrella rack.

My neighbor, the same inquisitive boy from earlier, is looking most content as he fingers at a Polaroid snapshot of himself posing next to some kung fu students. From his other hand he is shoveling a fresh slice of skinned pineapple towards his mouth, which he slurps with satisfied little grunts. And as if it was my compensation for the journey that might have been, he offers me a segment that I eat down in two or three bites, the freshest and most rewarding experience of the day.

A Tale of Two Cities