In Search of the World’s Hottest Chilli: in the Land of Blood 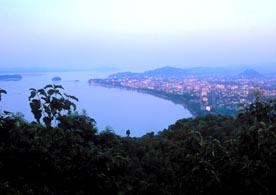 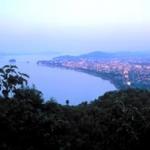 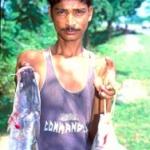 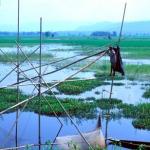 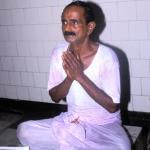 They say that only a masochist likes eating hot chillies. But if every masochist needs a sadist, then the chilli growers of north-eastern India must be some of the most sadistic people on earth. The Naga Jolokia, grown in Assam, Nagaland and Arunachal Pradesh, was recently proclaimed “the hottest chilli in the world.”

Named after the formerly ferocious Naga warriors who inhabit Nagaland, the Naga Jolokia is today most widely grown in Assam. The State of Assam is one India’s most fertile regions. The earliest inhabitants of the state (the pre-Dravidians) were in turn supplanted by the Mongoloids, who overran the land long before the time of the compilation of the main Hindu scriptures (the Vedas) around 1000 BC. Then came the Burmese Ahoms, who ruled for over 300 years until the arrival of British rule in 1824.

In September 2000, Indian scientists in the Central Assamese city of Tezpur reported the results of their research on a new chilli cultivar (naga jolokia) grown in the hills near Tezpur. The Naga Jolokia was said to be the hottest chilli ever discovered - its heat was measured at over 850,000 Scoville units (the standard measure of chilli “hotness”), compared with 544,000 units for its nearest rival, the Red Savina Habanero of Mexico.

Being either a masochist or a lunatic (or maybe both), I had to go in search of this new chilli. The search led me to Assam. But it soon became apparent that the growing of chillies is not the only form of sadism practiced in this state. In the Assamese capital Guwahati (formerly Gauhati), the Maa Kamakhya Temple still practices rites that leave many visitors wondering how such practices can have survived in India. Every day, at least eight lambs or goats are sacrificed in the main temple, one of ten in the whole complex. This ritual is connected with Tantric rites that honour Shakti, the wife of Shiva.

The slaughter block takes a lyre-shaped form, with a cross-bar below which the animal’s head is secured. Blood-stains run all down the side of the block. If this were an abattoir, the priest with his red robes would fit in perfectly.

The Vedic texts refer to the ancient Mongoloid invaders of Assam as the Kiratas. Their capital, the now-chaotic but spectacular city of Guwahati, used to be known as Pragjyotishpur – “the city of astrological light”, and the epics describe the empire of the Kiratas as stretching from the foothills of the Himalayas in the north as far south as the Bay of Bengal. Bhagadatta, successor to the city’s founder Narakasura, is mentioned in the epic Mahabharata, leading a huge Kirata army with a large number of elephants.

Guwahati lies on the banks of the Brahmaputra, said to be the only male river in India (downstream, it meets with the female Ganges – and their offspring must be pretty awesome). Early morning over the Brahmaputra is a visual and aural feast, as thousands of birds – hawks, plovers and eagles – swoop and soar over the river. A great option for visitors is to take a river cruise (see Fact File). The evening brings more birds, and the best place to take in the view is from a lookout adjoining the Kamakhya temple.

So far, my discoveries of Assamese food have not been over-spicy. I’m starting to wonder if the chilli-heads of Assam are really a pack of wusses. Where, I’m thinking, is this legendary chilli to be found?

One favourite Assamese dish is Aloo pitaka – balls of mashed potato with mustard, onion, ginger and green chillies. These particular green chillies, the ordinary jolokia, pack a fair punch. However, they’re still not in the Habanero or even the Tabasco league. For a real chilli hit, it’s necessary to search out the hasi chilli, an innocuous-looking green fruit looking like a small capsicum. I accidentally swallowed one, and found myself nearly calling out for a doctor and nurse.

But it’s time to hit the road to Tezpur, home to the King of Chillies. For its first few kilometres from Gauhati, the road separates the two Indian states of Assam and Meghalaya. As liquor taxes are lower in Meghalaya, all the wine-shops are on the right-hand side of the road.

Heading NW towards Tezpur, we stop for lunch at Highway City Dhaba, a typical Indian roadhouse. Here some REAL chilli features on the menu, in the form of Pudina Chutney. This concoction of fiery small red chillies mixed with crushed mint, garlic and ginger nearly burns a hole through the roof of my mouth.

Near the city of Nagaon, the rice paddies are hugely fertile. The paddies serve a dual purpose, being used also to raise the rare and succulent Chital fish, which tastes a little like a super-flavoursome Nile perch. The Chital is sold by the roadside, and even at its source is not cheap. We decide to lash out, and buy a prize specimen for that night’s dinner.

Finally, we reach Tezpur, the “City of Blood”. Just for now there is no time to explore the origin of this strange name, as I have an appointment with Professor Naren Hazarika, a professor of chemistry at a local college. Professor Naren is a particularly devoted aficionado of the Naga Jolokia. His wife Mrs G Sultana is also a chemistry teacher, and in her spare time grows and harvests the plant for home use. The Naga Jolokia is green in its immature state, but when ripe turns a brilliant crimson colour.

But the family’s two little daughters don’t particular like the Naga Jolokia. “We can’t eat it. It’s too strong for us”, they say, almost in unison.

Neverthess, I had to try this, reputedly the hottest of all chillies. First of all, a super-cautious touch to the tongue. Then, a nibble followed by a definite bite.

Then, the reaction. Aaagh! This can’t be happening! My tongue is seized as if by hot tongs; my throat seems to have swallowed a draft of molten lead. And the flavour? If I ever get my taste buds back, I’ll let you know.

Maybe the Naga Jolokia is simply designed to fire up the blood – of which there is plenty in and around Tezpur. The “City of Blood” derives its name from a mammoth battle between Lord Shiva and Lord Krishna, which is said to have taken place on the outskirts of Tezpur, a little earlier than yesterday. As a result, the whole of the city was drenched in blood. It is said that the whole world would have been destroyed, had not the three-faced Lord Brahma stepped in to adjudicate. The battle is commemorated by a diorama atop the city’s Agnigaur Hill, with blood-stained corpses lying everywhere in disarray.

What sparked the battle of Hari-Hara Yuddha is said to have been a love tryst between a certain Prince Aniruddha (grandson of Krishna) and Princess Usha, daughter of the demon king Banasura, whose capital was at Tezpur. The legend says that King Banasura tried to keep his daughter, together with her maid Chitralekha, confined in a fire-ringed fortress atop Agnigaur Hill. Today, this hill is a finely-restored public park and sculpture garden, while the biggest and best of Tezpur’s many gardens, Chitralekha Udyan, has been named after Usha’s handmaiden.

The next time my mind and feelings are in conflict, I’ll try to remember the diorama on Agnigaur Hill. On the other hand, I might just eat a couple of Naga Jolokia chillies instead – it’s difficult to think or feel anything at all when your body is in total disintegration mode.

Currency: Indian Rupees. One rupee equals about 2 US cents.

Getting There: The excellent domestic airline Jet Airways flies from Delhi, Bagdogra and Kolkata (Calcutta) to Guwahati, capital of Assam State. From Guwahati, Tezpur is about three hours by either road or rail. There are 10-11 trains a day, each way.

Tour Operators: One excellent operator, specialising in tours to Tezpur, the islands of the Brahmaputra River and the nearby state of Arunachal Pradesh, is Network Travels, GS Road, Paltan Bazar, Guwahati, Assam. See www.networktravelsindia.com

Guwahati: The Brahmaputra Hotel, currently laboring under state ownership, is about to be privatised. In the meantime, the hotel is still very good (though somewhat overpriced), enjoying superb views over the wide Brahmaputra River. Tel +91 361 541600.

Shangri-la Cruises offers everything from 45 minute cruises to extended 5-day cruises along the Brahmaputra. Contact: bonee2@sancharnet.in

Other boats include the Al Fresco, River Queen and Jolporee, each offering evening and/or dinner cruises.