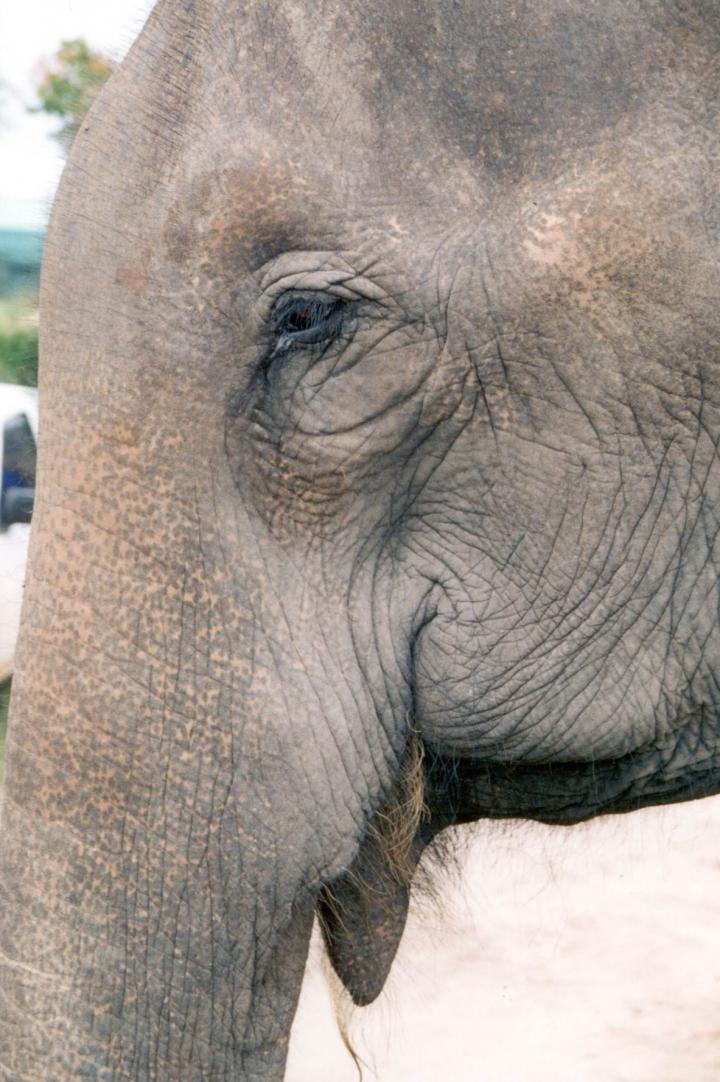 Nobody ever forgets their first encounter with a tusker on the streets of the Thai capital. 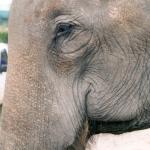 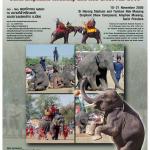 I turned into the small lane in Bangkok and looked up at a monster which dwarfed me. Its head was as a grey as a gargoyle, its black eyes as big as fists. Fangs like stalactites hung down from its mouth.  As it lumbered towards me, I took a few steps back.

Only then did I realize it was an elephant.

Nobody ever forgets their first encounter with a tusker on the streets of the Thai capital. But it does beg the question: What is the creature that once graced the flag of Siam and carried kings on its back into battles between the Siamese and Burmese doing as little more than a homeless beggar on the streets of Bangkok?

The mighty creature’s fall from grace has been long and ignoble. No longer of use on the battlefield or as a form of transport in mountainous and jungle-dense terrain, the elephant’s final chore as a bulldozer and beast of burden came to a dead-end in 1989 with a ban on logging teak. (Some creatures are still used for illegal logging around the Thai-Burmese border; some have lost legs to landmines; others have been dosed with amphetamines to make them work harder.)

As a result, from an estimated 100,000 creatures in Siam at the turn of the 19th century, there are now around 2,300 domesticated elephants (mostly employed to perform shows for tourists and taxi them around) and about 1,500 in the wild. It’s especially saddening when one realizes that elephants have about the same lifespan as humans, and are the only creatures besides us who mourn their dead. After a member of the herd dies, the rest of the pachyderms cover the corpse with leaves and then mill around it for days, as if in mourning.

Now for the good news: Ancient Siam’s mascot and symbol of royalty is resurrected to its former state of glory at the annual Elephant Roundup in the northeastern province of Surin on November 19th and 20th.  The jumbo events of the festival are held in the Si Narong Stadium from 8:30am-noon on both days. In the stadium, visitors are treated to some incredible spectacles, steeped in history, that showcase hundreds of elephants and their handlers. There are tugs-of-war, plus demonstrations of how the local Suay people (originally from Cambodia) rounded up wild elephants and harnessed their strength and intelligence.

Less thrilling, but more touching are the shows of how the Suay raised baby elephants to be part of their extended families. In some of the historical chronicles written by foreign merchants and missionaries in Siam, it’s fascinating to read how mothers would give a command to the family elephant to get the children for dinner; the beast would then go out into the fields, pick them up in its trunk and bring them back to the house.

For martial intrigue and pageantry, the most adrenaline-boosting segment of the show comes when they stage combat scenes of old. During the many wars between Siam and Burma, the most highly trained elephants served on the front lines. Sitting astride the beast’s neck was the mahout, armed with a staff. Behind him, in a chair picketed with pikes, swords, and spears, sat the main warrior (usually a high-ranking soldier or member of royalty). Sitting on the elephant’s rear flank was another mahout, wielding the wooden stick with a metal hook that is still used by their handlers to drive them.

Watching these reenactments of warfare provides proof positive that writer JRR Tolkien and director Peter Jackson must’ve drawn inspiration from them for some of the battle scenarios in Lord of the Rings. Thai filmmakers have done likewise. The most stellar example is Thailand’s biggest blockbuster of all time: the historical drama Suriyothai (a version edited and presented by Francis Ford Coppola was released in America in 2001).  In the film’s tragic and climactic scene, Queen Suriyothai rides out onto the battlefield to come between her husband and the Burmese monarch as they duel from the backs of elephants.

The creature’s ferociousness puts the lie to the myth that they are gentle giants. Richard Lair, the foremost expert on the Asian elephant, writes in The Elephant in Thai Life and Legend (Monsoon Editions, 1999) that in American zoos and circuses, elephants kill more of their handlers every year than all the other animals put together. But there’s no need to panic: The Elephant Roundup has been held annually since 1960 without any jumbos going loco.

On November 18, beginning at 9:30am, there is a special feeding party for the 250 creatures participating in the festivities. It’s held around the statue of Phraya Surin Phadki Si Narong Chang Wang. Starting around 3pm the next day at the Rajamongkol Institute of Technology is a procession of pachyderms which should be worth half a memory card of digital souvenirs. Later that night, from 7pm-8pm at the school across from the Weeravat Yotin Army Camp, an audio-visual extravaganza called “Land of the Elephant” projects a three-dimensional portrait of them in fact and folklore.

As a matter of fact, the royal lineage of sacred white tuskers show how the creatures are still revered by the monarchy. Genetically speaking, they may be albinos, but even the reigning monarch King Rama VIIII has participated in the Brahmin ritual to confer royal status upon them.

No journey to Surin province (a nine-hour drive from Bangkok) is complete without a visit to the Elephant Museum in the town of Bahn Ta Klang. For breeding mahouts and their charges this is the most well-renowned hamlet in the land.

In order to make enough money to feed them – a fully grown elephant needs to eat between 250 and 300 kilograms of food per day and drink around 200 liters of water – many of the mahouts have to bring them to Bangkok. The handlers sell bunches of bananas and clumps of sugarcane to tourists and Thais alike so they can feed the animals.

This predicament has dragged on for many years now. Every so often the municipal authorities put a ban on bringing elephants into the city. Two months later and they’re back on the streets. With its natural habitat shrinking along with its opportunities for employment, the elephant is at a crossroads and its future is largely dependent on tourism. Just as long as it’s the right kind of tourism like the Surin Elephant Roundup, or touring the ruins of Ayuthaya on the back of one, and not the harmful kind like giving them handouts in the capital.

For elephants might seem like the indestructible tanks of the animal kingdom, but actually, the pads on their feet are very soft. When you see one on the streets of Bangkok and its constantly lifting up its legs, chances are the concrete is too hot, or it’s got a piece of broken glass or a nail lodged in its foot.