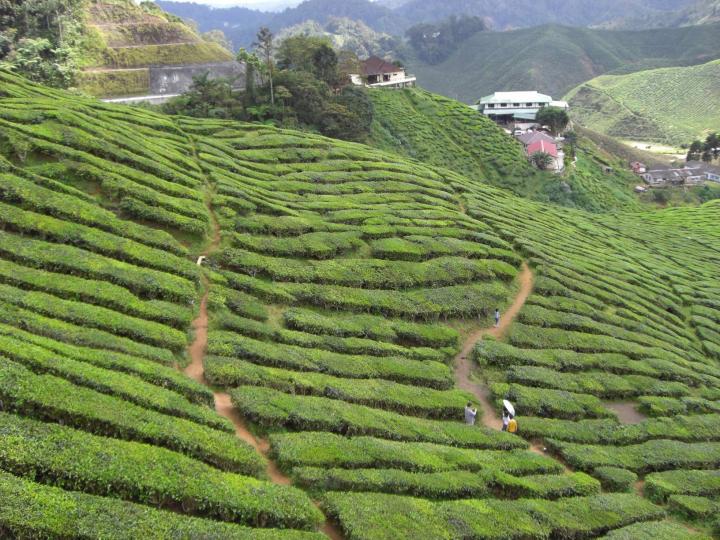 one tea plantation at Cameron 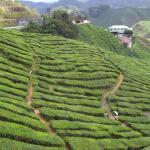 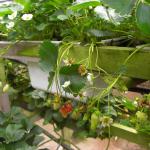 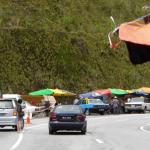 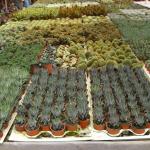 This article follows from an earlier piece I wrote on Cameron Highlands that can found somewhere else on this site - [click here].

Two years after I last visited Cameron Highlands in December 2005, I went there again with my family, my mother, my two brothers and their families.

As recommended in my earlier article, we took the Simpang Pulai route and I thought a brief about this route would be helpful to the drivers departing from Singapore who want to know exactly what signs to look out for.

As this trip involved more than one car and more people (read: time taken for longer toilet breaks along the way), we took a longer time to drive up the mountain compared to our journey in 2005.

The beauty of travelling this route is that the roads are wider and therefore make a safer ride. Another plus point is that the scenery is great as the greens enfold you around the bends of the road up the mountain.

With my extended family this time around I did away with my norm. For example, instead of staying at a hotel, we rented two private apartments at Puncak Arabella which is located on high ground at Tanah Rata. In total we got six bedrooms which was sufficient for our entourage. One of our apartment was a maisonette so we had plenty of space (with an attic room thrown in) and a good size kitchen. The other apartment, well, was normal, but a little more run down than the maisonette. Before we left for Cameron, my brother actually asked us to bring our own bedsheets and pillow cases because their past experience in one apartment at Des Anthurium (also located at Tanah Rata) was such that the beddings were not so clean and smelled awful. However, when we arrived, the apartment operator offered us the "newer" (in her own word) apartments at Puncak Arabella. You are warned - check the condition of the apartment if you are thinking of staying in one.

For a better hotel to stay in and with service thrown in, I think the 5-star Cameron Highlands Resort (formerly known as the Merlin Inn) just opposite the golf course at Tanah Rata is elegant. The resort features a spa village and, best of all, it is newly refurbished.

My previous norm was that we would stay at Brinchang, the highest point in Cameron but this time we stayed at Tanah Rata, mid-point of Cameron where the hub of activities are. We used to stay at the Equatorial Hotel at Brinchang but it is a shame that the supposedly 5-star hotel is now run down and in need of renovations, repairs and reinvention.

For food, my family also did it differently in that we filled our stomachs at places that were different from our previous visits.

Other things to do and see:

When we arrived Cameron on a weekday, there was breathing space in terms of traffic and shopping. However, traffic hot up as the weekend approached and it was a chore to manoeuve cars along the narrow roads. To beat the crowd and the traffic, we decided to drive to Ipoh that Saturday. It took us slightly less than two hours to reach Ipoh. At Ipoh, we visited Limau Bali Loo Nyee Moi to buy sweets and savories that Ipoh is famous for - pong pia (flaky pastry biscuits), pomeloes, and mee sua (uncooked white noodles). Then we went to Restaurant Nam Fatt Fish Noodle House. Here the yong tau foo, sour plum drink and white iced coffee were superb. For shopping we went to Kinta City Shopping Centre, the largest shopping mall in Ipoh, but alas, there was no car park available on that day we visited. So we turned around to move uphill again.

A note to drivers on the return journey to Singapore:
Head for Kuala Lumpur/Ipoh Highway.
Then look out for sign leading to Johor (instead of Shah Alam).
Turn to Tuas Causeway, and barely five minutes later, you'll be at toll counter. Toll fare at various returning checkpoints are MYR 68.20, MYR 3.10, and MYR 8.40.