An Eco Trip to Remember... 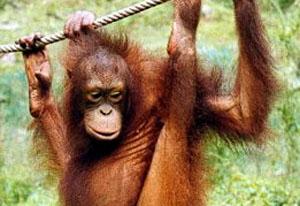 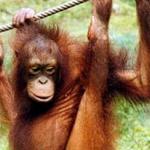 Holiday makers who prefer tranquility normally head for the Kinabalu Park in Kundasang, located about 90km from Kota Kinabalu, to enjoy its natural setting and the cool mountain air. Majestic Mount Kinabalu, South-East Asia's highest peak, and the Poring Hot Springs, are the two most significant features of the 75,370-hectare park.

The park, established in 1964 to protect and preserve the complete spread of plant life from lowland tropical forest to the limited plant growth on the summit of 4,101-metre-high Mount Kinabalu is home to an immense variety of rare plants, flowers, animals, birds and insects, half of which are only found on the mountain and nowhere else.

Moving down to the elevation of 912 meters, the montane forest occupies most of the park, where there is an abundance of trees. Park visitors, whether holiday makers or keen observers, can study the mountain flora such as orchids and pitcher plants or observe the insects and animals in their natural habitat.

The park is easily accessible by road from other parts of Sabah. From Kota Kinabalu, it is less than two hours' drive. A network of jungle trails is laid around the park for visitors to enjoy the varied flora and fauna. Even untrained observers will be fascinated by the different plants, the chattering and sight of birds and occasionally mouse deer, bearded pig, gibbons and other rare animals.

Some 25km from the park headquarters in Kundasang is the Poring Hot Springs. Warm baths can be enjoyed in concrete tubs connected to the hot springs through a pipe system. The steamy sulphur water is believed to have therapeutic properties, thus attracting both local and overseas visitors.

Another feature always associated with the Poring Hot Springs is the famous Rafflesia, a rare species of parasitic plant, which produces a fleshy red flower up to 45cm in diameter. Numerous jungle paths have been specially made for the convenience of the more adventurous types to roam around and observe the plants and animal life. Wild animals such as the barking deer, orangutans and different types of birds can sometimes be seen hovering around the hot springs in search for food.

For overnight visitors, there is ample space for camping at the foot of Mount Kinabalu and at the hot springs area. At the foot of Mount Kinabalu, furnished hostels, which can accommodate 46 people with minimal charges of between US5 and US10, are provided at the Kinabalu Park headquarters. Cabins and chalets ideal for families are available for rental at between US20 and US100 per night. After dark, when most day trippers have returned home, visitors will be able to soak in the tranquility of the area, broken only by the raucous calls of the hornbills up among giant trees, by the shrieking of monkeys and rhythmic echoes from the cascading waterfalls.

Located just 15 to 25 minutes by speedboat from Kota Kinabalu, the Tunku Abdul Rahman Park, which consists of Gaya, Sapi, Manukan, Mamutik and Sulug islands, is an ideal holiday destination for families. The park, covering an area of 4,929 hectares, offers white beaches, beautiful coral formations and a wide variety of marine life. It attracts some 200 visitors daily.

Most visitors go there for a day trip, leaving early in the morning and returning in the evening or spend an idyllic weekend there. Regular shuttle services with varying rates between US5 and US10 to the islands are available from the jetty near the Hyatt Kinabalu International Hotel and at the marina at Shangri-La Tanjung Aru Resort. The park draws swimmers, divers, picnickers, sun and nature lovers. Coral reefs with colorful marine life, mangroves, coastal vegetation, lowland tropical rainforest and the beautiful beaches with clear blue waters typify the park's natural environment.

Approximately 1,466 hectares in size, the Gaya Island is the largest island in the park. Several ridges form the backbone of the island rising from between 180 meters and 300 meters, making it stand out from the surrounding islands and the relatively low-lying Kota Kinabalu and its suburbs.

The major beach on the island is at Bulijong Bay, also known as Police Beach, which is a 0.4km-long stretch of fine, white sand sloping gently into the bay, making it ideal for swimming.

Manukan is the second largest island in the park and it hosts the park's headquarters and office. The boomerang-shaped island, covering an area of 20 hectares, is endowed with excellent stretches of beaches on the southern coastline while the best beach is on the eastern tip of the island. In addition to the park's management facilities, 20 units of fully furnished chalets, a clubhouse, a restaurant, marina, souvenir and diving centers, swimming pool, football field and squash and tennis courts are available on the island.

Visitors who prefer not to camp can stay overnight at the chalets in Manukan for a fee of about US80 per night on weekends and US120 on weekdays. Lying adjacent to the southwestern tip of Gaya Island is the 10-hectare Sapi Island, which has one of the nicest beaches in the park.

The island takes pride in its clean, white crystal-clear water with nearby coral reefs fringing the shoreline. Ideal for family outings, swimming, snorkeling and diving, Sapi Island has plenty of day-use facilities such as picnic shelters, tables, changing rooms, toilets and barbeque pits.

No accommodation facilities are provided but camping is allowed with written permission from the park warden or the Sabah Parks office in Kota Kinabalu.

About six hectares in size, Mamutik Island - the smallest of the park's five islands - has an excellent beach with rich coral life surrounding the entire island, some extending right from the shore. A rest house with three rooms is available for rent.

Located at the southwest of the park, Sulug Island, which covers 8 hectares is relatively undeveloped. It is the furthest away from Kota Kinabalu and is more popular among visitors who prefer a quiet and serene atmosphere.

For those who prefer a more civilized holiday but still want to get a glimpse of the native's lifestyle, a visit to Mengkabong, a Bajau water village would be interesting. It is a mere 40 minutes' drive from Kota Kinabalu. Another option can be a trip to Penampang, about 15 minutes' drive from Kota Kinabalu, to visit the House of Skulls said to be the only one of its kind in Kota Kinabalu. (The skulls are kept by headhunters in the tribe. The practice has since outlawed, so don't worry.)

Nearby is the suspension bridge where dead bodies are carried to a cemetery on the other side of the river. It does not really matter where as long as visitors get to sample some and gain an insight into the different ways of life in Borneo. Sabah has a racially diverse population of 1.5 million composed of 30 different ethnic groups. The largest single indigenous group is the Kadazan-Dusun who makes up a third of the population. Other indigenous groups are the Bajaus, Muruts, Rungus, Lotud and Orang Sungei. The largest non-indigenous population are the Chinese. There is also a large number of immigrant Filipinos and we were told that they could mainly be found on Gaya Island, one of the five well-known islands on the west coast of Sabah.