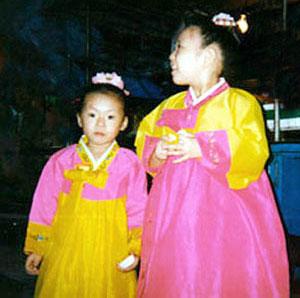 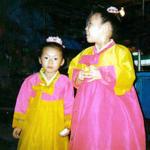 As a holiday destination, South Korea was far from the top of my list of must see places. I had harbored the mistaken impression that it was an industrialized nation filled with grim-looking workaholics who had no time for pleasure - doesn't sound like a very nice place at all! So I was hardly excited when my auntie had to cancel her trip to South Korea and I stood in for her.

When I arrived at Seoul's Kimpo International airport, I was met with friendly immigration and customs officers. This surprised me greatly for I had been warned that they would be tough and aggressive. Instead they greeted me politely with anyeong haseyo (good day) and welcomed me with warm smiles.

That was the beginning of pleasant surprises I had in South Korea. As I toured the country, I had to wipe clean the slate of negative impressions I had had of South Korea. I was charmed not only by the natural beauty and ambience of the country but also by its people, the rich culture, tasty food and even the climate.

During our whirlwind, nine-days-eight-nights tour, we were taken from the fast-paced capital of Seoul to the mystical and romantic island of Cheju, the bustling city of Pusan and finally to the historic town of Kyongju. Seoul stands at the crossroads of a glorious past and a brilliant future. Skyscrapers tower above the graceful architecture of ancient palaces, which reflect Korea's long cultural heritage.

On our first day in this city, we were introduced to that heritage at the Kyongbok palace - one of three palaces in the main commercial district of Seoul. The Rose of Sharon, Korea's national flower, was in full yellow bloom in the gardens of this ancient palace. City folk love the palace grounds, especially in summer and spring. Many South Koreans come with their lunch packs to spend their afternoons enjoying the ambience of the place.

Seoul also has several new landmarks for tourists. One of the more prominent ones - Lotte World - is a mammoth indoor leisure and shopping town. It comprises a deluxe hotel, folklore center, theme park, sports center, shopping mall and department store.

Forty kilometers out of Seoul, in the town of Yongin, lay the Korean Folk Village. Here in the farmhouses, mansions and other old structures, communities of potters, millers, weavers, blacksmiths, pipe-makers and other craftsmen continue to work as their ancestors did. Folk dances, musical performances and traditional ceremonies are staged here daily in the village's small amphitheatre and if you want to take home traditional Korean handicrafts, this is the place to buy them.

Another fascinating place to visit is Cheju Island. Although we encountered spring drizzles throughout our two-day stay, it was a memorable visit. Located at the southwestern tip of Korea, this volcanic island is a place of striking contrasts. In spring, the open fields around the island are a mass of yellow, as the oilseed rape flowers bloom in profusion, while cherry trees and azaleas color mountain slopes with a pretty pink. Yellow tangerines dot the landscape in autumn, and red maple leaves offer excellent viewing in late fall.

Cheju is also a place of myths and legends. Stone statues of "Tolharubang" - the island's guardian deity - can be seen all over the island. Now treated as a whimsical mascot, these "stone grandfathers", are believed by locals to be a manifestation of the powerful fertility God. During spring, a wedding season for South Koreans, the island is crowded with young couples on their honeymoon.

Among the more popular volcanoes on the island are Songsan Sunrise Peak and the San-Gamburi Crater. A trail leads up to the western edge of the Sunrise peak's crater. There, one is rewarded with a spectacular view of the island.

The San-Gamburi crater, located near the Ilchulbong peak, is home to some 420 species of subtropical, temperate and alpine plants. Korean botanists call the crater a "floral treasure-house". The distinct lifestyle of the islanders and traditional Cheju culture have been realistically recreated at the Cheju folk village.

We had the opportunity to experience a traditional Cheju meal here. Sitting cross-legged on the floor, we were served the famous Korean barbeque bulgogi and kalbi with an assortment of condiments including the famous pickled vegetable, kimchi.

Another place worth visiting is the bustling city of Pusan. South Korea's principal port and second largest city, Pusan is a fishing and commercial center. Lying in a rounded depression surrounded by mountains, Pusan is known for its hot springs. A peculiar feature of the houses in this city is their long towers. Our tour guide explained that these were hot spring towers built by house owners so that they could enjoy the land's natural mineral water in their homes.

The hilltop park of Yongdusan offers a view of the entire city and surrounding coast. On clear days the Japanese island of Tsushima is visible from here. A walk down from the park took us to Chagaichi market where one can find just about any form of sea life from oysters and eels to octopuses and squids.

Those who enjoy seafood should head for Songdo beach, which is just south of the market. Here, while enjoying various exquisite fish dishes, one can watch fishing boats sail in and out of the harbor. The suburbs of Pusan are home to a number of fine beach resorts, historic Buddhist temples and hot springs.

An 11/2-hour drive from Pusan took us to the country town of Kyongju. It was the capital of the Shilla Kingdom, which ruled Korea from 57 BC to 935 AD, thus making it the centre of that golden period of Korean culture. Cherry blossom trees in full bloom lined the roads in this historic town, which is known as the "museum without walls". After an extensive and truly enjoyable tour of South Korea, we were back in Seoul. The last day saw us visiting the shopping districts - Tongdaemun Itaewon, Myong-dong and Insa-dong - where the best of silk, leather, sports shoes, furs, precious stones and handicrafts are sold.

After buying lots of beautiful Korean souvenirs, we bid farewell to the lovely place, all making a vow to spread the word about the beauty of Korea and her people.