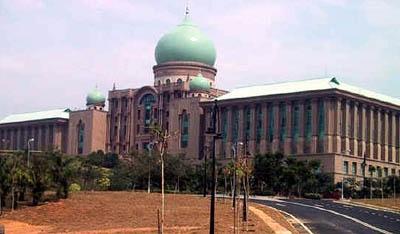 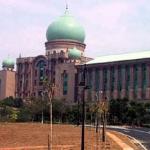 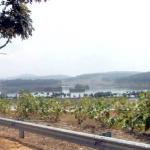 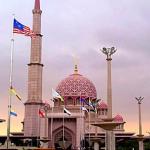 Years ago, when North South Highway joining Singapore in the south to Thailand in the north was merely a jungle, we used to drive along the coastal road from Port Dickson to Kuala Lumpur. That was when I first discovered places like Bukit Pelanduk, Chuah, Lukut, Sepang, Sungai Pelek, Bagan Lalang and Tanjung Sepat before reaching places with more familiar names like Morib and Banting. Traveling along that road then was a geography lesson on Malaysia's natural resources. The most significant thing I remember about the journey was the oil palm trees. There were lots and lots of them. In fact, if anyone asked me where the town of Sepang was (then), I wouldn't have hesitated to say, ‘In the midst of the oil palm plantations.'

Mention the name Sepang now and most would immediately associate it with some so-called `mega' projects like the Kuala Lumpur International Airport (KLIA), the Formula One racing circuit, Putrajaya and Cyberjaya. This previously sleepy southernmost district of the state of Selangor is now bustling with activities, especially property development.

I have always wondered how much the small towns have changed since all these developments. Thus, when we were on our home from a holiday in Port Dickson with some Australian friends, we decided to take a short detour to explore Sepang district and to spend a night in Bagan Lalang, a bird watcher's paradise.

"Introducing" the more rural areas in Malaysia to our friends was the perfect excuse for me to rediscover my country, and for a stopover at one of the villages for a typical Malay hi-tea -- complete with Goreng Pisang (Fried Bananas), Keropok Lekor (Fried Fish Paste) and a refreshing Coconut drink.

The little town of Sepang is still located somewhere among oil palm estates. The Guthrie Oil Palm estate, now fully Malaysian-owned, still lined the coastal road for miles. The difference is in the number of road signs as you approach the T-junction from either the PD-Lukut or the Klang-Banting routes. Significant among others is the KLIA and Formula One signboards. Apart from the road signs, a new hawker center is also being built. Delightfully, little Malay restaurants and stalls are still there. After indulging in the hi-tea and having a short walk-about around the town, we proceeded with our journey.

Almost 10 kilometers further, the town of Sungai Pelek is bigger and more modern looking than Sepang. Well, at least it has more shop houses. There's even a medium-sized supermarket and a few banks. Even the main road is a four-laner instead of a T-junction!

But I was more interested in the yet-to-be-visited Bagan Lalang. Imagine: a quiet little resort with horse-riding on the beach at sunset, fishing tours to mid-sea kelong, river cruises, picturesque kampungs with fascinating cottage industries, vast orchid farms, delicious Malay seafood and accommodation ranging from chalets and home stays to mini-resorts and a three-star hotel.

Sea food lovers, come hither! Wow! The selection of fresh seafood will put any seafood restaurant in Kuala Lumpur to shame. More than that, your wallet won't be depleted of its contents too much. Imagine paying only about RM 80 (about US 20) for a delicious seafood dinner for four people! However, locals advised us to try to avoid coming here during any school holidays. The entire area was jam-packed with people. After the hearty dinner, we proceeded to check-in at the Seri Malaysia Hotel.

Bagan Lalang has many charms, but it was the bountiful species of birds of this modest seaside settlement that took my breath away. Our Australian friends, both avid bird-watchers, expected to see between 35 and 38 different species during our visit; but they saw that many kinds of birds in the first 20 minutes during the morning walk. Prime bird watching time is between 7 am and 9 am, although spotting migratory waders depends very much on the tide times. As I walked through the hotel gardens my friends pointed out birds such as the Eurasian Tree-sparrow, Black-naped Oriole, Yellow-vented Bulbul and Brown-throated Sunbird. Crossing the hotel's bridge to the mangrove bund behind, we spotted scrub birds like the Spotted Dove, Common Iora, Lesser Coucal and Yellow-bellied Prinia. Pacific Swallows and Glossy Starlings wheeled overhead while House Crows and Koels competed in a noisy chorus.

The mangrove stretch is degraded and badly encroached upon, but it held an amazing variety of birds, most of which seemed quite unconcerned at our soft chatter. Little Herons, Collared Kingfishers and Pied Fantails seemed to be everywhere, while a Chinese Pond Heron, a Mangrove Whistler, a Cinnamon Bittern and a Red Jungle-fowl each made brief but vivid appearances.

A pair of raucous Dollar birds kept up a dazzling aerial acrobatic display and two flitting Ashy Tailorbirds chirruped cheerily at a Pied Triller sharing their bush. As the tide ebbed, migrating waders like Greenshanks, Terek Sandpipers and Whimbrels stalked the tidal mudflats together with a couple of local Common Sandpipers as Little Terns dived at their prey farther out to sea. A solitary Brahiminy Kite flew by and a gorgeous little Common Kingfisher fluttered hurriedly from its perch as we headed back towards the hotel for our breakfast and a slow drive back to Kuala Lumpur.

It was definitely another day full of pleasant surprises. Since it was the fruit season in Malaysia, the roads leading back to Kuala Lumpur were lined with fruit stalls. So I had a pretty interesting time introducing the durian to the Australians! Sepang is heaven for durian lovers. In every village we passed by, we could see durian trees laden with fruits as well as the orchard owners selling the 'King of Fruits' by the roadside. The durians are sold by their weight instead of per fruit and they are supposed to be the best in Selangor, but our friends were a bit turned off by the pungent smell.

After all those durian, we continued on to the government administrative center of Putrajaya. The Putrajaya centerpiece building is truly a majestic symbol of Malaysian culture, with its huge domes and intrinsically designed pillars and walls. It ranks up there with the likes of Palace of Westminster, Taj Mahal, Statue of Liberty, Kremlin and the Eiffel Tower. One is inexorably drawn to the domed, wondrous protrusion. From the square below, one comes under its spell, feels its magnetism, and be totally besotted.

Be forewarned though that the entire Putrajaya administrative area is a circular one-way street. If you're driving around, make sure you slow down near road signs, else you might be driving round in circles before knowing where to turn out (like we did!)

The Prime Minister's residence, surrounded by a lake, is another striking building. Although you cannot get near enough to really have a good look, you'll get a splendid photo from across the lake, with the house as a background.

Another interesting spot is the Putra Mosque, with the Malaysian flags and the flags of the fourteen Malaysian states (including one for the Federal Territory) flown outside.

Inside Putrajaya, there is a new natural wetlands park for visitors. The Paya Indah Wetlands is another nature's paradise - with its natural mangrove environment complete with animals and plants. Chalet-styled accommodation will open some time this year, for those who wish to spend more than a day's trip surrounded by nature. Exploring the wetlands would take at least half a day, so we had to give this a miss due to time constraints.

After our drive around Putrajaya, we continued on to the town of Salak Tinggi. This is where the seat of government for the district is located. There's also a new township, dubbed the Airport City, being built. At the moment, the town looks like a typical sub-urban housing estate although this one comes complete with a few hotels.

From Salak Tinggi, it was about 20 km more to Dengkil. Quite a big town compared to Sepang. It is the nearest `original' town to Putrajaya and Cyberjaya, the Silicon Valley of Malaysia. It won't be long before the southern part of the Putrajaya project merges with this town. The tell-tale signs were fallen oil palm trees, huge lorries and dusty roads. Drop by for fresh cow's milk and tosai at one of the restaurants. Simply delicious!

I assume that the dusty roads will vanish as soon as the development projects are completed. But that will be in another decade or so. In the meantime, Dengkil awaits those who don't mind dusty roads while trailing behind some earth-laden lorry.

Oh, yes! Did I mention that oil palm trees in Sepang have been cut down not just to make way for development projects but also to be replaced with tapioca? It seems to be a more lucrative venture as palm oil prices have plunged and a tapioca chip factory located within the district is demanding more raw materials!

Whatever it is, the Sepang district still makes a pretty interesting trip for travelers, especially Bagan Lalang with its numerous birds. For others with some time on their hands after all the high-tech wonders of Kuala Lumpur, a short drive to Sepang makes a good respite.

South Korea: What should Soccer Spouses Do?