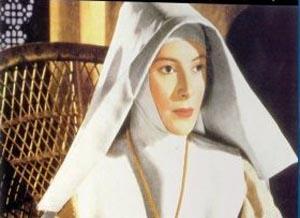 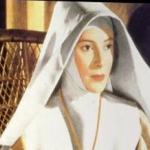 Based on the novel by Rumer Godden, Black Narcissus tells the story of a cloister of nuns from the Convent of the Order of the Servants of Mary, who travel to the Himalayas to establish an Anglican missionary school and medical clinic at the Palace of Mopu. Deborah Kerr stars as Sister Clodagh, an Irish nun appointed to lead the expedition; Sister Briony to act as her assistant and counsel; Sister Blanch, also known as ‘Sister Honey'; Sister Philippa, who will tend the garden; and Sister Ruth, an emotionally fragile woman in need of a purpose in life.

Upon their arrival, the nuns are introduced to Joseph, a boy who will act as interpreter; to Angua Yah, the eccentric caretaker; and to Mr. Dean, an expat roué who serves as the handyman for the deserted palace once known as The House of Women, the General's harem. Mr. Dean's sexual ‘entendre' is palpable from the start, which stirs memories of a lost love for Sister Clodagh, and captivates the emotional vulnerability of Sister Ruth.

As Sister Clodagh and her staff gradually gain the trust of the locals, encouraging them to attend the school and to come for treatment at the medical clinic, the triangular dynamic continues to grow between Sister Clodah, Sister Ruth, and the seductive Mr. Dean. But flirtation soon turns to obsession with disastrous consequences.

Directed by Michael Powell and Emeric Pressburger, Black Narcissus is considered a groundbreaking masterpiece in cinematography, since the film was shot entirely in movie studios in England, and used matte paintings on glass for the Himalayan landscapes. The film won an Academy Award and a Golden Globe Award for Best Cinematography, and an Academy Award for Best Art Direction.

More than sixty years after its production, Black Narcissus holds steady as a cinema classic, not only for its masterful cinematography, but also for its spot-on casting, its thriller pacing, and its psycho-sexual mystery. Truly a work of art.

Black Narcissus is available from Amazon