Film Review: The Last Life in the Universe 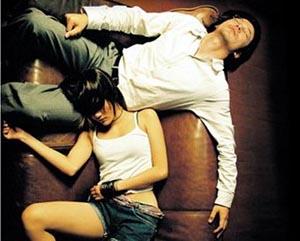 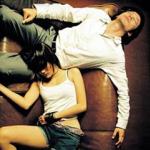 Is it possible for a film to be, at once, existential, fatalistic and nihilistic without being a total bummer? Amazingly, Pen-Ek Ratanaruang's 'The Last Life in the Universe' manages to do just that.

For those who need a refresher course in Philosphy 101: Existentialism is the belief that the individual is isolated in a hostile, indifferent universe with freedom of choice and complete responsibility for all actions. Fatalism is the belief that all events are predetermined by fate and are therefore unalterable. Nihilism is the belief that nothing exists or is knowable, that morality is arbitrary, meaningless, and should therefore be challenged. And while this may appear to be a contradiction of terms, somehow it all works within the context of this compelling film.

Kenji, our protagonist, is a peculiar young man, introverted and overly fastidious in his ways, both of which are apt qualities for his job as a librarian. Kenji is also suicidal, or so we are led to believe by the opening lines of the film's narration.

"I wouldn't kill myself for the same reasons as other suicidal people," he says. "Money problems...broken heart...hopelessness. No, not me. Many books say that death is relaxing...No need to follow the latest trends. No need to keep pace with the rest of the world. No more e-mail. No more telephone. It will be like taking a nap before waking up refreshed and ready to begin your next life." How very Zen...

Without divulging the subtle surprises that await, it is safe to say that Kenji, is a young Japanese man living in Bangkok, although the story comes and goes without ever revealing exactly why [but by the time the credits roll it is possible to guess]. Enter Yukio, a boorish fellow ex-pat who, on a sultry afternoon, barges in on one of Kenji's many suicidal scenairos with a six-pack of beer and a sudden urge to take a shower. A glimpse of Yukio's naked back reveals the telltale tattoos that are the unmistakable mark of the yakuza. 'Nuff said...

The hand of fate disrupts Kenji's existential world when he witnesses the startling death of a pedestrian in a hit-and-run accident while perched on the railing of a bridge, fantasizing a leap to his own death into the deep, peaceful waters below. That fateful moment is the intersection of Kenji's life with that of a beautiful young Thai woman named Noi, whose personal habits are as slovenly as Kenji's are fastidious. Noi is the antithesis of all that Kenji holds sacred.

With nothing left to lose, Kenji casts in his lot with Noi and steps into her squalid domain, a once-stately-but-rundown mansion in a rural Thai village. Once inside, our pristine protagonist is horrified at the festering piles of unwashed dishes, the cast-off clothing, and the flotsam and jetsam of debris strewn wantonly about. Compulsively [and predictable but forgiveable], Kenji gradually restores order to Noi's environs, all the while falling irresistably [and predictable but forgiveable] in love with her. Alas, Kenji's altruistic reconstruction of Noi's chaotic world brings about the fatalistic, existential, nihilistic deconstruction of his own.

With Tadanobu Asano in the role of Kenji and Sinitta Boonyasak as Noi, casting, scripting, pacing and cinematography all work seamlessly together to create mood, pathos, drama and subtle humor in 'The Last Life in the Universe'. And while each precisely crafted scene may seem deceptively and intrinsically unremarkable, the whole is definitely greater than the sum of its parts.

'The Last Life in the Universe' is available on DVD at Amazon.com