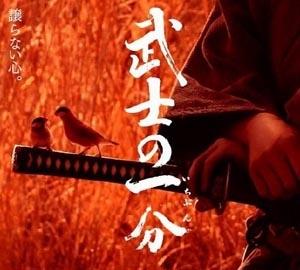 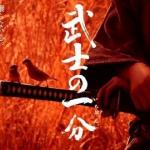 The city of Osaka in feudal Japan is the setting for this classic drama, in which Shinnojo Mimura, a low-level samurai, is assigned to a staff of five poison tasters whose job it is to ensure the safety of all meals served to the daimyo and his retainers. Over an early breakfast at home one morning, Mimura complains to his wife Kayo that his job seems pointless, since he has yet to witness a single attempt at assassination by poison. As a samurai, he misses the challenges of honing his skills as a swordsman and dreams of one day opening a kendo school for boys in which he would tailor a specialized fighting technique to each student's skill and physique.

But that very day, Mimura is served a dish of tsubugai sashimi, a raw red sea snail that may be toxic when inexpertly prepared or in this case, served out of season. Within a matter of seconds, Mimura collapses from the poison, and just as the daimyo raises his chopsticks to take his first bite, the alarm is raised and his life is spared.

Mimura is taken to his home in a coma, under the care of Dr. Gensai, who instructs Kayo on how to administer his medication. He assures her that Mimura has the strong pulse of a samurai and will soon be restored to health. However he awakens only to discover that he is blind, a condition that, according to Dr. Gensai, may be permanent.

In a visit from Mimura's meddlesome relatives, Uncle Togo and Aunt Ine Hattono, the matter of Mimura's future livelihood is the topic of discussion, and Kayo is pressed to suggest ways in which she might take on the support of the household. And when they inquire whether she has connections in high places, she mentions that the daimyo's chief duty officer, Toyo Shimada is a childhood acquaintance. So at the Hattonos' insistence, Kayo pays Shimada a visit to ask his intercession on Mimura's behalf.

When rumors abound that Kayo has been seen in a teahouse with a wealthy gentleman, Aunt Ine is quick to deliver the news to Mimura. And although he dismisses his aunt as a gossip, suspicions have been raised, and he dispatches his servant Tokuhei to follow Kayo on her next outing and report her whereabouts to him.

Sadly, his worst worries prove true when Kayo confesses that she went to Shimada to ask him to speak with the daimyo about continuing Mimura's samurai stipend. But he only agreed on the condition that she provide sexual favors in return. Naturally, despite Kayo's best intentions and selfless motives, Mimura is angered to the point of banishing her from his household. Weeks later however, Mimura learns that there was hidden treachery of which Kayo was unaware, and although he is blind, he must now defend her honor in a duel against Shimada.

Based upon the novel by Shûhei Fujisawa, Love and Honor is the third in a trilogy of samurai films directed by Yoji Yamada, which also includes The Twilight Samurai and The Hidden Blade. And although they are neither sequential nor related, each of these films shares certain essential qualities, in that the settings are humble and commonplace, they focus on low-level samurai with unique circumstances, and they pivot upon a subtle point of contention. No grandiose sets, no convoluted plots, no blazing heroics, and no gratuitous brutality or bloodshed. With masterful characterization through mindfully crafted dialogue, they cast the samurai everyman in the personification of bushido, the ultimate code of honor.