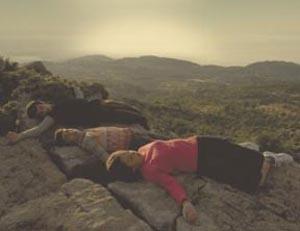 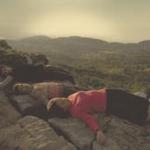 A rural village in the Turkish highlands is the setting for Times and Winds, a glimpse into the lives of three childhood friends, Omer, Yakup, and Yildiz, who share their adolescent woes as they go through the motions of their daily routine. Days are spent in neatly pressed school uniforms, studying the laws of nature at the village schoolhouse. Afternoon brings homework and household chores, followed by idle time hanging out at various spots around the local landscape until suppertime.

Yakup has a schoolboy crush on his teacher, and prays that his pregnant mother will give birth to a boy because he fears that his parents will love a daughter more. Yildiz is left in charge of her infant brother who keeps her from her studies. And Omer secretly plots to hasten the death of his ailing father, the local imam, because he treats Omer harshly and dotes on his younger brother.

The forces of nature set the mood of the moment, and act as a contrast to the laws imposed by man. A solar eclipse darkens the noon sky, a sudden rainstorm interrupts the day's chores, animals mate with wanton disregard for their human witnesses, and the elders fail to follow the teachings of Islam so devoutly espoused in their daily prayers, while their progeny sit in judgment.

Pacing moves at the rustic speed of reality, with each cinematic montage representing one of the five daily calls to prayer, but in reverse: night, evening, afternoon, noon, and finally, dawn. The dawn of another dynamic yet unchanging day.

Known in Turkish as Bes Vakit, Times and Winds stars Ali Bey Kayali, Elit Iscan, and Bulent Yarar, and was written and directed in 2006 by Reha Erdem, an award-winning graduate of Paris 8 University. Camera work is steady and precise amid a rough-hewn, cobblestone setting, and the soundtrack juxtaposes nature's humble songbirds with the transcendent elegance of man's symphonic achievements. Within the most mundane of contexts, Times and Winds is a film of great beauty and pathos.