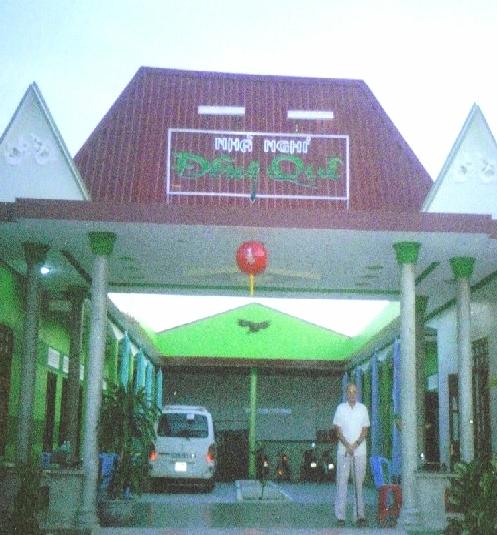 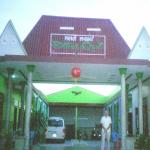 I was in Khanh Hoa this summer after four years.The changes are pretty impressive in that time. The social and economic disabilities really were dropped from the Catholics last year and new construction is going on all over Cam Duc and Thon Tan, Catholic towns. For the first time I saw chubby children and the yard dogs, much more numerous and they all seem to be well fed. Everyone I had met in '03 is more prosperous.

The Bo Dois were much more evident as the government folks try to keep some kind of control of things and I got followed around everywhere unlike last time when I was pretty much ignored. But their hearts were not in it. I got an apology from one young troop I cornered in a cafe where he had stopped for a break. I tried to buy him a coffee but he got flustered and apologized for the harrassment, which was pretty ineffectual anyway. He refused the coffee because he said it wouldn't go over well with his superiors and the cafe proprietor would tell on him. People are more careful now about their speech in public than in '03 but in the home there is no restraint. The term VeeCee for government people has faded but I did hear it a time or two.

I stayed a couple of nights in a MOTEL. There are a bunch of them along the old Rue Sans Joie and they cater to traveling motorbikes though there are usually a couple of cars there, too. About $4.20 a night- no A/C but the fans are sufficient and the place was clean and has modern plumbing. Having coffee and conversation with the proprietors and some of the other guests and at least one bo doi at a table outside on the pavement before going to bed was good. The power went off once while we were all out there and the owner's son retrieved a flashlight that someone had sent him from France that he did not see how to operate. I would not have known either but had just recently acquired a flashlight with a crank on it so I knew what it was. Finding the crank was the problem. Everything fit flush and there was no light to see what I was doing. I made it work to the delight Bà Huy?n, the owner's wife.

I found my name on the wall in a convent I have sent money to these four years.

The highway bus station I stopped at last time had been pretty primitive with open trough type facilities for the men and a low wall around the bombsights in the Women's area. Now there are large modern tiled rest rooms and good ventilation with modern plumbing and multiple stations.

The numbers show that there has been inflation but the prices outside of Sai Gon don't seem to reflect that at all.

The changes are coming fast enough now that the people who live there day to day can see them happening and are much more optimistic than four years ago. People are starting to feel they can improve their lives by the fruits of their labor. The corruption is still endemic but individuals' capital is building despite it.

The roads are much improved and work that seemed terminally stalled in '03 has been completed and the roads have fewer and much less precarious detours. There are probably 60 miles of limited access four-lane running NE out of Sai Gon now and there is a fine four lane tourist highway running up to Nha Trang with landscaping maintained by herds of goats.

The coast of Khánh Hòa is being built up with very plush tourist resorts for the Australians and Eurpeans.  When I saw all the construction on the beach I felt a tinge of resentment at the "spoiling" of the country but better sense quickly returned. We, as Western modern travelers sometimes visit places because of the "unspoiled" culture and countryside and revel in the Quaintness of it all but I could not wish these people to be trapped in Quaint without the modern amenities we may even decry but that we will not abandon for ourselves.