Heritage Singapore: A Will To Survive 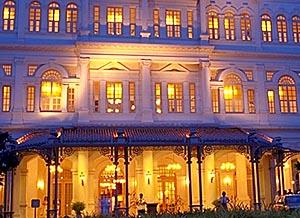 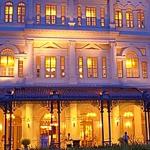 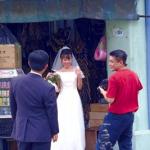 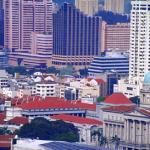 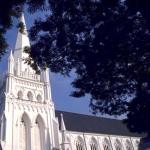 Singapore, as we all know, is the definitive global city state. Words spring to mind like "state-of-the-art", "futuristic", "economic marvel", and maybe also "sanitised" and "bland". And we all duly grieved when we learned of, or witnessed, the systematic demolition of the "old" Singapore - the ornate shophouses, the ubiquitous corner coffee shops and the little Chinese-run hotels, which, along with the also banished street vendors and open markets, are the collective signature of South-east Asian cities; and which had helped earn Singapore its status as the region's most alluring destination, a magnet for the likes of Kipling, Conrad and Maugham.

"What are they doing?" "There'll be nothing left!", "Nobody will want to come anymore!" were the cries you increasingly heard when the Urban Renewal Department was doing its reshaping relocation thing; and "How could they pull those gorgeous old houses down?"

Of course, the ones who said these things were very rarely ordinary Singaporeans. They didn't have to live in or work in the places whose sad fate they bemoaned. They were not, as many inhabitants of the "gorgeous" old shophouses were, crammed into partitioned cubicles - as many as ten to one compartment - with sanitation all but non-existent, and outdoor living confined to the "five-foot ways", that were themselves crammed with vendors and junk.

It is a simple fact that prior to the 1960's, when the re-housing programme was earnestly begun, more than half a million Singaporeans lived in slums. Now there are almost none. But where does that leave the modern visitor, who comes to Singapore - sure with a view to buying a diamond ring, a lap-top or Nikon, but also with a view to doing so in Asia, with all the exotic connotations that entails? The answer is not so badly done by after all. And that realisation came as just as big a shock to me - who had also said those things quoted above - as it does for other visitors who make the effort to explore.

Most of Singapore's urban renewal was undertaken after 1969. Since then nearly 900,000 Housing Development Board flats have been built, housing nine out of ten Singaporeans. It was not until the late 1980's, when the country seemed in danger of losing its "cultural continuity", that serious conservation moves were made. A master plan was drawn up. Five thousand pre-war houses were gazetted for preservation.

As welcome as the programme was, it was perhaps implemented with a little too much zeal. Chinatown's Tanjong Pagar in particular has been remodeled almost out of recognition. Its picture-perfect shophouses have been likened to confectionery, and are mostly given over to trendy businesses, restaurants and karaoke bars, not to residents. But they are, at least, preserved.

The fate of the early 19th century godowns at Boat Quay was not altogether dissimilar. Few could quibble, though, with what has amounted to a brand new lease of life for these grand old servants of the state. Made redundant with the relocation of the port to Pasir Panjang, they were facing certain doom. Refurbishment now sees them sparkling and behaving as they never did before, playing host to a whole string of very trendy restaurants and pubs.

Thankfully, not all parts of the old town have been gentrified this way. Walking the streets of Little India, you could be forgiven for thinking you were in some forgotten corner of Penang or Kuala Lumpur, so cluttered are the five-foot ways, and strikingly original the old stucco facades. There are, of course, a sprinkling of those crisply painted showpieces, with their pilasters, pediments and floral embellishments picked out in primary colours. But these are not what you would come to these parts for. You might come for the sari shops on Serangoon Road, or for the old Hindu temples such as Sri Veeramakaliamman and the Temple of 100 Lights. Or for the food; and find your taste-buds tingling from the heady aromas of the curries. They are prepared and served just like they've always been, and in the same kinds of outlets: the hole-in-the-wall cafes and the corner coffee shops. You can also join the bargain hunters in the huge Mustafa Centre, who fill their shopping trolleys with electronic gadgetry, sports gear and perfume, discreetly placed on top of underwear and socks. Mustafa's is also the only place hereabouts where you can find some western food - a toasted cheese sandwich at the counter café.

A little north-east of here is Geylang Serai. This traditional Malay enclave might have its back streets given over to new mid-range hotels - and to red lighting at night - but Geylang Road itself is studded with the coffee shops, where you immerse yourself in the lively local atmosphere, and choose your laksa, mee rebus or nazi goreng from the in-house hawker stalls. While in the area you might want to check out Geylang Lorong 24. The old three-storey Peranakan (Straits Chinese-style) row-houses here have all been gorgeously - some might say gaudily - made over, and are now mostly occupied by clan associations.

Singapore's most elegant old survivors grace the slopes of Emerald Hill, which lies adjacent to the main tourist belt at Orchard Road. These three-storey mansions were built and occupied in the early 1900's by the professional and entrepreneurial elite. They have now found themselves enjoying that status again, this after decades of neglect.

There are any number of like pockets of exquisite originality to be found throughout the city. Some have been gazetted for preservation, some await their fate. Among the former are the eminently ownable - but nigh impossible to own - Peranaken terraces on Blair Road. The shophouses along Mohamed Sultan Road have been tarted up and transformed into another night-life strip. More Peranakan beauties reside in the north-eastern "suburb" of Katong, and the earthy originality of Little India is replicated in its Muslim counterpart at Kampung Glam.

The conservation programme eventually extended to the colonial town, which as Stamford Raffles directed, was confined to the northern side of the Singapore River. By the time it did, scores of heritage structures had gone. The "ideology of pragmatism" ruled. Not even national treasures like Raffles Institution and Adelphi's Hotel were spared. The 32 that did would surely have to be the cream. They are.

It's best to see this area on foot. The highlight for most will be Raffles Hotel. This most graceful of the orient's colonial hotels was opened in 1887 by the Starkies brothers, who also gave us the Eastern and Oriental in Penang and the Strand in Rangoon. Substantially rebuilt and refurbished in 1991, the "Savoy of Singapore" is still the place to stay in Singapore, and the place to go for a Singapore sling - at S$17 a pop. Also preserved - thankfully - are two masterpieces by George D. Coleman, the colony's first Superintendent of Public Works. These are Caldwell House, the city's oldest free-standing house and the Armenian Church. The sturdy colonnades, deep all-round verandahs and louvered windows of the little white church exemplify Coleman's early ground-breaking work, which set the bench mark for many classic structures to follow.

The Convent of the Holy Infant Jesus was once an orphanage for abandoned children, especially baby girls unfortunate enough to be born in the year of the tiger. It has recently been given the full restoration treatment. Now known as "Chijmes", its spacious grounds host a string of fashionable restaurants and boutiques. The centre-piece is Caldwell House, set in a sunken courtyard and refreshed with a waterfall and fountains. The complex is fronted by the gothic grandeur of the chapel, which is noted for its delicate frescoes and copious stained glass.

Other colonial highlights include the gleaming white St. Andrews Cathedral, the grandly domed Supreme Court, the Victoria Theatre and the Padang, which is a large rectangle of greenery used by the once ridiculously exclusive Singapore Cricket Club. It has also been the scene of many civic celebrations and pivotal political events.

It is true that the Singapore we knew in the 60's is all but gone. The key word here, though, is "but". A good number of substantial enclaves of the original "Emporium of the East" still remain. Some of these, I am sure, would set the pens of Maugham and company dancing briskly on the page. And who knows, one or two of those glass and metal towers might have the same effect. For the venerable scribes would be sure to recognise that today's Singapore offers the smoothest of all entrees into futuristic living - however scary or exciting that might be - as well as a tantalising one into the past.

Get There: Major carriers are Singapore Airlines, British Airways, Quantas and United Airlines,

When: Singapore is hot and humid year round. The hottest month is May, and the coolest, January