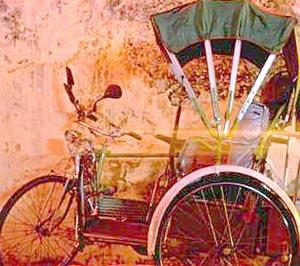 A trishaw in Chinatown, Melaka, Malaysia. 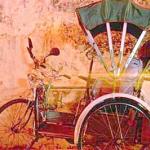 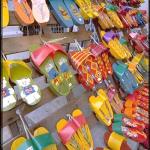 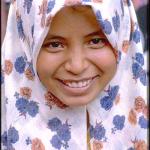 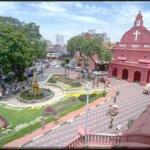 If ever a city is a living celebration of its past, it has to be the ancient capital of Peninsular Malaysia - Melaka (also spelt "Malacca"). The grand old survivor is in many ways an historical and cultural museum, albeit one that is very much alive. That means that the visitor has the rare opportunity to experience life in a typically up-beat and culturally diverse Malaysian city; and at the same time revisit the country's long and fabled past through the immaculately preserved historical icons that abound throughout the town.

Melaka sits astride the Melaka River on the south west coast of the peninsula. The river succeeds in dividing the historic quarter neatly into two. To the west is Chinatown, the old commercial centre, and to the east the colonial centre which nestles at the foot of Bukit St. Paul's. It was these two key geographic features - a wide-mouthed navigable river and a readily defensible hill - that drew the city's founder to the site. This was Parameswara, a Pelembang-born Hindu Prince, who came to Melaka via Temasek (modern-day Singapore). He arrived as a pirate with the Siamese on his tale, and created a Sultanate that would last a hundred years.

The Melaka of the Sultans very quickly established itself as South-East Asia 's major trading entrepot. It was the "crucible where Malay-ness was defined", and where Islam was disseminated throughout the Indonesian archipelago and the Straits. The party spoilers were the Portuguese. Having captured the city, they proceeded to demolish the mosques, use their stones to build a fort, and generally alienate the people and a lot of local trade. When the Dutch blockaded the city in 1641, many Melakans stepped over to their side.

Mostly, it is Dutch colonial architecture that survives in the city today, The only relics of the Portuguese are the ruins of the church of St. Paul's, the main gate of the A' Famosa fort (Porta de Santiagao), and an improbable pocket of Portuguese descendants who live in a coastal kampung (village)..

A'Famosa would have doubtless remained intact today as well, had it not been for the English. Having supplanted the Dutch in 1795, they literally blew the fort away, ensuring the Dutch could not entrench themselves again.

Happily, the same fate did not befall the mini Amsterdam. The old Dutch buildings still stand in all their red regal glory today - the Stadthaus (Town Hall), Christ Church, the mansions. The redness comes from imported Zeeland bricks that were faced with laterite. The Stadthaus is now a museum, three museums, in fact: the Historical, the Ethnography and the Literary. Behind it a track winds up to the roofless old grey walls of St. Paul's. It was here that St. Francis Xavier regularly conducted Mass. A second track descends to the fortress gate behind. There are a number of museums deserving exploration hereabouts, and an impressive array of red Dutch houses to inspect.

Melaka, not surprisingly, is Malaysia's most touristy town. As well as buses disgorging their loads of chirpy tourists, Dutch Square is patrolled by a dazzling array of glittering, cunningly designed to catch the eye. They offer tours of Chinatown, a viable option for those without a guide or the energy to walk.

Melaka's Chinatown defines a tourist's perception of what a Chinatown should be, in size, architectural integrity and antiquarian intrigue. There is enough of all these attributes to keep a visitor happily exploring, shopping, learning for a solid three days. The sector is laid out in a slightly skewed and elongated grid, with the two major thoroughfares - Jalons Tun Tan Cheng Lock and Hang Jebat running almost parallel. Cheng Lock is lined with original early 19th century peranakan, Straits-Chinese row-houses with porches adorned with colourful stucco mouldings and tiles. The houses are deceptive too. Their frontages are narrow, but many run back as far as 50 metres. Interiors are lit by courtyards and air wells, as many as four. One of the grandest of these places, the Chan family mansion at No. 50, is now the Baba-Nyonya Heritage Museum.

Jalon Hang Jebat, or "Jonkers Street", is a drawcard in itself, especially for collectors of antiques and handicrafts. An entire family house could be furnished and decorated from the phenomenal range of oriental exotica on offer in the shops along the strip, and have it challenging the Baba-Nyonya Heritage Museum in the gothic splendour of its Chinese baroque.

Embellishing the streets are the temples and mosques. Melaka's mosques, it must be said, are far more than mere embellishments, so imperious are their pyramidal tiered roofs and watchtower minarets. Of the many ancient Buddhist shrines, the Cheng Hoon Teng Temple is the most elaborate and oldest. It was built with materials brought from China in 1646.

There are any number of other attractions in the town. Not least among them is the Melaka River itself. Boat tours are offered along its winding inner city stretch. They take you past the markets, old crusty godowns, and the occasional high-bowed schooner from Sumatra. The Maritime Museum is "housed" in an impressive full-size replica of a 500 year old Portuguese man-of-war. Its inspiration was the flagship of the invading Portuguese navy - Flor de la Mar - which lies deep under mud off the coast of Sumatra, where it went down in a storm.

It's a mistake to visit Melaka, expecting to discover something no-one else has found before. Even Kampung Morten - a secluded leafy enclave of traditional high-roofed houses - is on the tourist agenda - and rightly so. People come in numbers to Melaka. They do all the uncool tourist stuff - posing for photos in the trishaws, snapping up the kitsch souvenirs - that when in numbers they allow themselves to do; but they are here for good reason. Melaka warrants everyone to come.

Getting There: Malaysia Airlines operates daily flights from Kuala Lumpur to Melaka. It is also an easy 2 hour drive from K.L. International Airport to Melaka, which offers the advantage of having the rental car at your disposal when you arrive.

When to go: The best time to visit is the dry season (non-monsoon) from March through October

Where to eat: For the big chains and air-conditioned comfort it's best to head for the Mahkota Parade Shopping Complex in the Merdeka Road area. Also on Jalan Taman Merdeka is the old hawker food centre that once overlooked the harbour before the land was reclaimed.