It's a Beautiful Day in the Neighborhood: An Interview with Dana Sachs 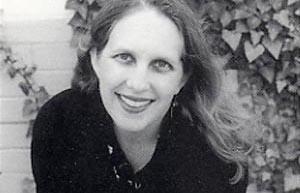 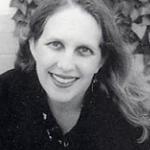 Whether it's a foreigners' boarding house on a bustling Hanoi boulevard, or a quaint Victorian on a tree-lined avenue, replete with azaleas and Spanish moss in the garden district of a small Southern town, for Dana Sachs, it's always been family, friends and neighbors that make any place a home. A native of Memphis, Tennessee, just a hop-skip-and-a-jump from Wilmington, North Carolina, where she now lives, Dana is no stranger to the South. But in 1992, she set off on an intrepid journey to make the Vietnamese city of Hanoi her second home. And what's more, she lived to tell.

Dana's experiences in Vietnam ran the gamut, from witnessing a burgeoning nation finally on the rebound after centuries of war, to the intricate intimacies of a cross-cultural romance. But upon returning to San Francisco after her thirteen-month sojourn in Hanoi, she found her experiences in Vietnam still cast a strong influence over her day-to-day life, and had somehow shaped the essence of her very existence. So strongly so that she felt compelled to write a book about it.

"My idea was to translate Vietnamese culture into something that American readers could absorb. It was lots of little vignettes of what a market is like, or what the traffic is like."

However, the task of chronicling and publishing her odyssey was an exacting and arduous one for Dana.

"It was a long process," she says. "I started writing it in 1992, and then I really started focusing on it in 1994-95." After nearly eight years, her book The House on Dream Street: Memoir of an American Woman in Vietnam was published in September, 2000.

Throughout the creative process however, Dana was faced with many hurdles, some imposed by the conventions and strictures of the publishing industry, and some of her own making.

"I knew I wanted to publish it, and I wanted to find a publisher before I finished the book. So I found an agent to sell it as a proposal, but she couldn't do it. Now, looking back, when I look at that proposal, I can see it, because I really didn't know where I was going. And I shouldn't even call them vignettes because they weren't necessarily even always stories. They were sometimes just these long descriptions of various aspects of life in Vietnam, so there was no real thread that held them together. So I had to make a decision whether I wanted to finish it or drop it. I finally decided that I wanted to finish it because it was important to me, just for myself. So I kept working on it."

In the interim, Dana marked three of life's major milestones: marriage, relocation and pregnancy. In November, 1995, she married Todd Berliner, a college English professor. In 1996, Todd was hired for a teaching position at the University of North Carolina at Wilmington, and shortly thereafter, she gave birth to her first child, a boy they named Jesse. But throughout all the joys and travails of being a new mother and setting up a home in a small town clear across the country, the manuscript continued to evolve.

"We were living in San Francisco, and my husband got a job here in North Carolina, so we moved here. I was teaching journalism, but the university had a new MFA program, so I thought, 'If I'm in school, maybe I'll finish the book. I'll have deadlines and focus.' So I enrolled in the MFA program, and I did finish the book. One of the professors here read it and liked it. She suggested that I send it to her publisher, so I did, and they bought it! Actually, the day I found out I was pregnant with Samuel, my second son, was the day I found out that Algonquin wanted to buy my book: November 8, 1999."

Algonquin Books of Chapel Hill, publisher of The House on Dream Street, is a small literary publisher that produces fewer than twenty books a year, and Dana couldn't be more pleased with fruits of her labors.

"Kathy Pories was everything you could possibly dream of in an editor. She was great. My manuscript was too long, and she said to me, 'We have to cut it by a fifth.' So I said, 'Okay, just cut big sections.' And she said, 'Oh, no, no, no.' So she went through and cut line by line, word by word to make it shorter, which is a time-consuming way of doing it. But it made the book better, not just because it was shorter, but because she was able to remove the superfluous words from each line. That's the kind of editor every writer should have."

The finished product is a handsome hardcover with a stylish glossy dust jacket and 350 pages of impeccably written text. What started out as a collection of loosely related commentaries and narratives on life in post-war Vietnam, has been integrated into a coherent chronology and polished into a literary jewel, imbued with meaning and metaphor. The House on Dream Street tells the story of three journeys to Vietnam, in which Dana draws her reader deeply and intimately into the family household, the surrounding environs with its colorful ménage of local characters, and ultimately into the inner workings of her romantic affair with Phai, an unassuming young motorcycle mechanic.

And although The House on Dream Street is an autobiographical account of her two years in Vietnam, by her own admission, parts of it were enhanced, and others omitted, for the sake of pacing and continuity.

"Life really isn't a novel, so in writing this, I had to construct it in a way that made it flow. You know, a chapter ends at a certain point, and starts at the next point, which could be a week later or it could be the next day. There are things that you skip, and since life isn't really broken into chapters, much of it is constructed. In some ways, it's artificial, because although these things really did happen, I was putting it together on the page to accentuate that."

But beyond the telling of her tale, Dana built The House on Dream Street upon the theme of community and connection.

"I like the idea of being able to relate to people, whether it's a stranger, somebody who happens to walk by me on the street, or my mailman, you know, the people in my world. I don't like it that we're all so isolated from each other. I think one of the reasons that I loved Vietnam so much, and one of the reasons that a lot of Americans have trouble there, is that there is so little privacy. But I liked the flip side of that, which was that you were really connected to people. You couldn't get away from each other, but you were interdependent on each other. In a way, you felt like people were kind of watching out for you. They were watching you and they were watching out for you."

And although the setting has changed, the story remains much the same for Dana at her present home in North Carolina.

"Wilmington is really a small town. If you run into your friends at the supermarket, you just pick up the conversation wherever you left off the day before at work or at the park or whatever. It's never a surprise to see anyone because you feel like you know everyone who lives here anyway. The other day, a letter meant for someone in another part of the city was mis-delivered to our house. We knew him too...We're a very sociable family. My son Jesse thinks an evening doesn't count unless we have someone over for dinner."

Yet, amid the bustle of everyday life, which, in addition to raising her two boys, includes teaching journalism and various courses on Vietnamese culture and literature, Dana has recently finished editing a collection of Vietnamese short stories entitled Crossing the River: Short Fiction by Nguyen Huy Thiep, and is once again hard at work on another book of her own, this one a work of fiction.

"I'm writing a novel now," she says. "It's about adoption. Half of it takes place in Wilmington. Half of it takes place in Vietnam. I'm so inspired creatively by Vietnam," she continues. "And in some ways, I am also inspired by the Southern United States because I grew up here. There's a certain kind of feel I get when I'm here. But up until now, I haven't been inspired by Wilmington. Although I came here willingly, I also miss the (San Francisco) Bay Area. So it's taken a long time for Wilmington to grow on me. And that's a good thing because I'm trying to write about it now, and maybe that will help me see which direction to go in."

And despite the idylls of domestic life in Wilmington, Dana still dreams of another sojourn abroad.

"I've traveled pretty extensively in Europe and in Asia, and quite a bit in the United States. But I've barely touched my big toe into Latin America, Canada or Africa. I'd like to see the tombs in Xian, China, Machu Pichu, Botswana, Southern India, Norway, and about a million other places too. I believe travel is the best way to help us understand the differences and, more importantly, the similarities between people and cultures in this world."

For more information on Dana Sachs and The House on Dream Street, visit her website Vietnam Universe.