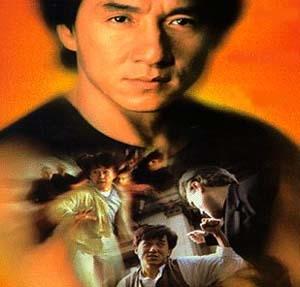 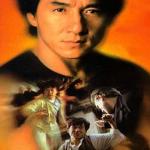 Martial Arts movies are a long-standing tradition in the international film industry, and equally enduring are its many stars. One of the biggest of all is Jackie Chan. That is, Jackie Chan before his emergence onto the American film scene. As amusing as his new movies are, they just don't have the same feel, the true "martial arts" essence of his older works. And there's a big reason for this: Jackie Chan's movies took on a "canned" feeling when the film companies stopped allowing him to perform all his amazing stunts himself, instead resorting to stuntmen and green screens. The reason behind it is obvious: Studio insurance companies don't exactly want to insure a guy who back-flips over chainsaws, jumps off of bridges, and has people swinging large heavy objects at him. It's not exactly considered "safe."

As unfortunate as this may be, there are still plenty of his older movies out there to sate an appetite for genuine martial arts. In a career as illustrious as his, two relatively recent movies, Jackie Chan's First Strike (1996), and Mr. Nice Guy (1997), stand out as prime examples of his amazing physical abilities.

First Strike features Chan as a CIA agent dispatched to prevent a nuclear arms deal between a former Chinese intelligence agent and the Russian Mafia. And Mr. Nice Guy has Chan playing a famous TV chef, who finds himself in the middle of a gang war after inadvertently saving the life of a reporter.  Both take place in Melbourne, Australia.

Jackie Chan has done plenty of movies, but what sets these two apart is the high caliber of martial arts skill demonstrated in certain scenes. He has a skill that distinguishes him from other movie martial artists: his ability to incorporate his surroundings into the fight. And in his extensive movie career, these two have scenes that really showcase this skill.

In Jackie Chan's First Strike, his conflicts lead him to a warehouse full of parade props, and an angry onslaught of foes as well. To defend himself, he uses everything at hand, from scaffolding and traditional paper maché dragon heads, to crates, a mop, and even a ladder, in his attempts to fend off his many opponents.

In Mr. Nice Guy, a fight at a construction site has him evading all manner of dangerous weapons, including lead pipes, hand saws, loading crates, and even a table saw. The effect of danger is amplified by the fact that the audience knows it's actually him performing these risky stunts, and not just a stunt-double, or a green screen.

Jackie Chan has had a long, successful film career, in which he has starred in more than 70 movies. From his early years, appearing as bit characters in Bruce Lee movies, to his popularity as a Hong Kong action star, and his explosion into the mainstream of American film with Rush Hour, Jackie Chan has always been a martial arts star of the finest kind. And of all of Jackie Chan's movies, Jackie Chan's First Strike, and Mr. Nice Guy, have good storylines and great action to showcase his talent.