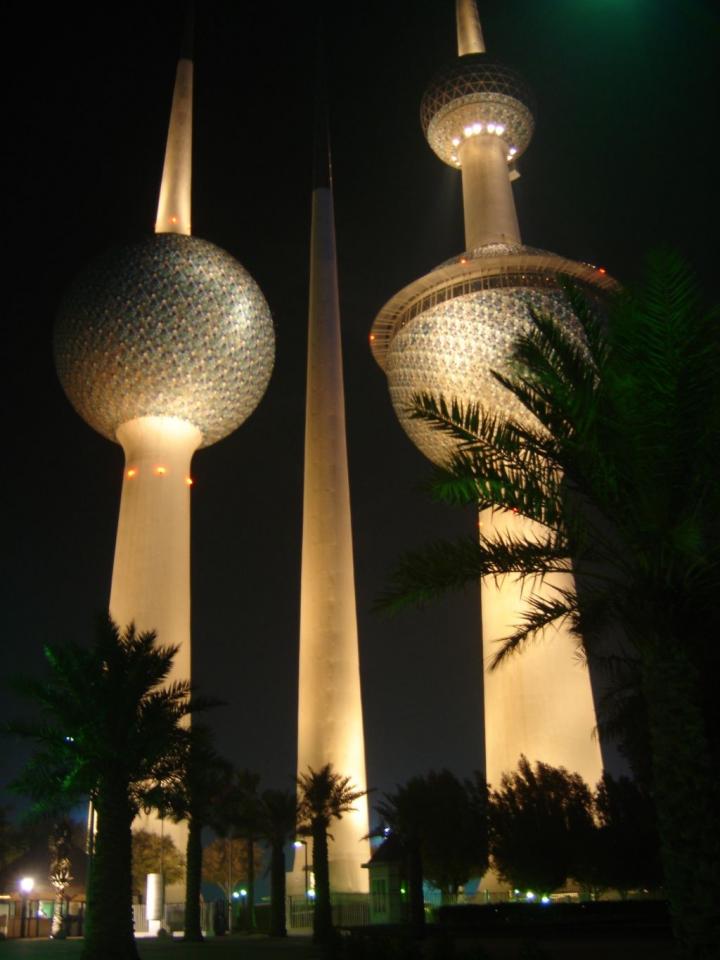 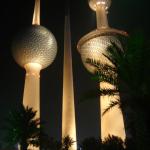 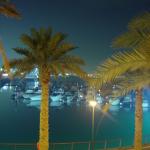 Rarely is a traveler met with anything more than a suspicious glare or a robotic nod when passing into a foreign country. In the sleep starved hour of four in the morning, the sight of singing immigration men is a wake up call like no other.

No steely faced officials, these Kuwaiti men. At this impossible hour they are welcoming the planeload of bleary eyed travelers as if we were guests at a celebration.

"Come here Pakistani!" croons a uniformed man, waving his arm towards the queue at his post, his smile as wide as the state of Kuwait.

As he stamps and sings, the immigration man interrupts himself to make side comments to his colleagues, pat a sleepy child on the head and scan the waiting crowd. A smile spreads like an early dawn across the arrival hall. It feels like a grand welcome home except we are a motley group of passengers from Mumbai; immigrant workers, the odd businessman and this sole tourist.

The immigration man, who sees to my visa, flirts in the way of screen star.  Handsomely, politely as if we were at a cocktail party.

"Don't be shy, give her one kiss in welcome!" shouts his singing colleague. Everyone laughs.

Thinking that anyone who can make a woman smile at this hour of the morning probably deserves a kiss, I enter into the State of Kuwait as if into a dream.

It's a rich mans dream. Oil abundant deserts and a strategic location in the Persian Gulf that sweeps alongside Marine Drive from the airport, has helped to  put Kuwait fourth place in the Richest Nation stakes.  The wealth is richly understated. Buildings are austere and elegant, monochromatic in the pinky brown shade of desert storms, contrasting simply with the dramatic blue of the sky.

The sweeping curve of the highway is cut with the memory of old news reels. A line of burned out tanks, a sepia image of the desolation of war along this same road that now glistens with the shine of brand new vehicles, huge RV's and sexy sports cars. Houses, wrapped in the patriotic colours of the national flag, flash by.

The Persian Gulf is as blue as the eyes of a child; walking along the boulevard I meet Habib. He invites me to see his city quickly offering to ring my hosts (which he does) to introduce himself. Also, he advises, the police emergency number here is 666.

"Kuwait is a very safe place," he says, opening his hands to the heavens, "because we have all that we need and more!"  These are a people to whom random acts of generosity and joy come almost as second nature.

As the day deepens into late afternoon, the women of the soil uncurl themselves into an evening of shopping and Kuwait reveals her fresh from the beauty parlour face. Approaching the city, building projects bustle for attention. The Invasion by Iraq is a scar they politely hide behind rebuilding everything exactly as it was before it was destroyed and then some. Flags are big in Kuwait, national pride like Mother Love.

Women, the womb of their future, are totally indulged.  It is impossible to stand in a queue, men will usher you to the front as if you were doing them the greatest honour by pushing in. Traffic rules seem not to apply to women who are given the right of way at every intersection regardless of any road code.

The shopping malls are small cities awash with bejeweled women and flowing robed men, stores glitter with fashion so haute, its almost haute cliché. Women totter past on unfeasible heels wearing the latest catwalk stuff from Europe, sparking with jewelry.  A woman in a blinging burqa offers a flash of Reeboks and jeans. Families of black clad women cluster in front of window displays of fine filigree and stones in a jumble of colours so bright, diamonds so dazzling that they challenge the eye.

Eyes are big in Kuwait. It can take up to four hours for a woman's face to be made so that the eyes are outlined theatrically, dramatically. The burqa is the perfect foil to show off their remarkable eyes and manicured white hands, as expressive as birds.

At the souks, charcoal braziers scent the air with rose and shops bulge with plump dates, nuts and dried fruits.  Shopkeepers, large with largesse, stuff food into me with all the satisfaction of a good host or a grandfather. One old man wants to kiss me on the cheek which he pinches between his fingers, sticky with date.

Later in a restaurant a fountain tinkles in the background as the waiter starts off the Sheesha pipe packed with apple flavoured tobacco which we suck lazily. The waiters bring a succession of stuffed vine leaves, fat olives and goat cheese and a small boy is running around under the adoring eyes of his parents. The child is fatly happy and confident in the way of an indulged child, sociable and unafraid. The mother has herself been to the beauty parlor, her heavily kholed eyes, poetically expressive as she smiles and her hands flutter towards us in greeting as we chat with the child.

Night is welcomed in a blaze of neon and twinkling lights, waterfalls of light cascade down the side of office blocks. The Tax department building changes from purple to green to red before displaying the national flag as we drive past, a show that goes on all night. Young men in traditional Arab headgear driving pimped out cars are a clash of chrome and cultures, the Marina is lit up like a movie set, everywhere lights blossom and spark into the desert night.