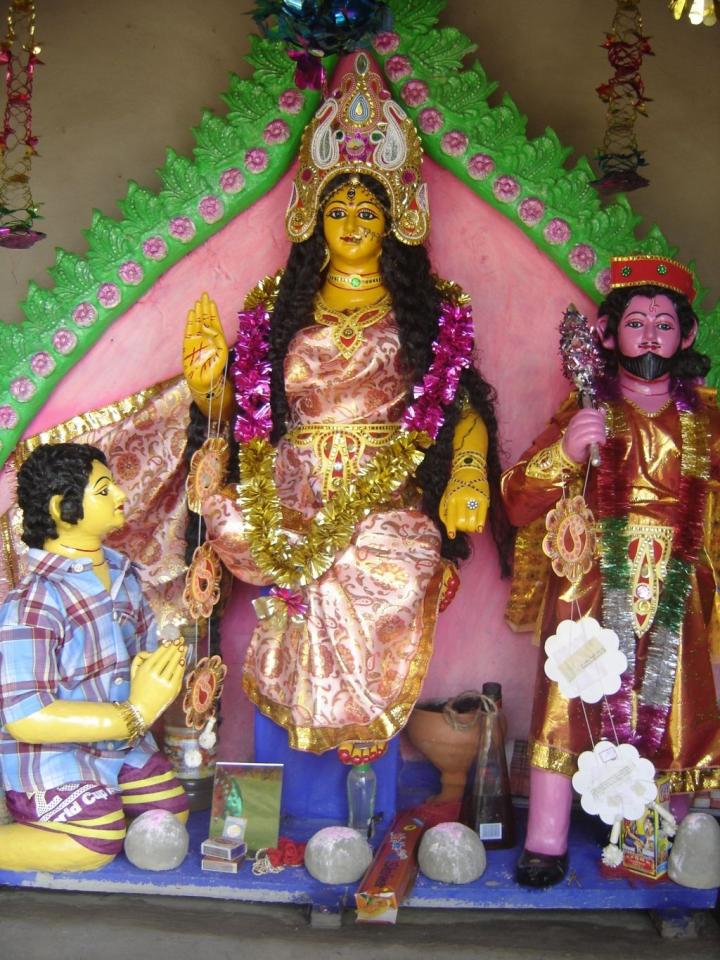 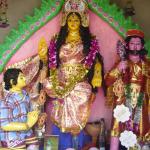 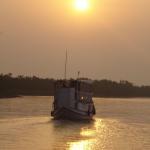 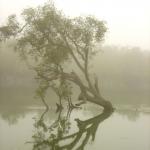 The muffled thrum of the boat is the only sound in the mist coated forests of one of the world's largest estuarine deltas. The mangrove forest of the Sunderbans forest breathes in an out in drips.

Trees emerge eerily in the dew soaked exhalation of the land. Within the rise and fall of the tides, mangrove forests that by low tide revealed strong petticoats of latticed roots holding them stubbornly in place, now seem to rise and float.

A lone egret takes flight from the skeleton of a waterlogged tree, slicing its way through the mist with a lonely cry.
We tourists are still recovering from our early morning wakeup call and the world here seems reluctant to free itself of the cloak of night. It feels as if we are navigating the lungs of a Nation.
Formed by silt washed down from the Himalayas by the River Ganga and Brahmaputra, the vast tract of the Sunderbans stretches along two hundred and sixty kilometers of the coast of the Bay of Bengal, spanning India and Bangladesh in an area covering nine and a half thousand square kilometers. Big portions of the Sunderbans are protected by the status of UNESCO World Heritage Site, Tiger Reserve, National Park, Biosphere Reserve, and Reserve Forest.

A seemingly endless landscape of mangrove studded islands, small streams and vast rivers, this almost silent world is inhabited by glimpses of shadows and shapes half guessed at. A furl in the water ahead could be a crocodile or a Gangetic dolphin, maybe even the famed man eating predator of the Sunderbans.
The Royal Bengal Tiger's preference for human flesh, which is particular to this region, is thought to be part of the animals' adaptability to the inhospitable saline environment.
As far as the eye can see, two and a half thousand square kilometers of this tidal kingdom is the sole preserve of the Royal Bengal Tiger.

The Sunderbans claims the distinction of being the only tiger reserve in the world with a growing tiger population. Currently the number is 274, according to the 2004 census. That's roughly 9.1 tigers for every square kilometre.

But are we the watchers or the ones being watched? Scanning the shrouded forests, I begin to feel that a tiger has more chance of spotting a human then the other way around.
In fact we are the ones in the zoo as our guide explains. Visitors are permitted to the park by boat and to selected watchtowers where cleared corridors in the forest allow for game spotting. But one is given a sense very quickly that we are the ones in a cage while the true inhabitants of the park will reveal themselves or not as the mood and the tide takes them. We could just as easily be a leaf in the currents that ebb and flow around the Park. Or - to a hungry tiger watching from the shadows - a floating Continental Smorgasbord.

Every creature living in the Sunderbans adapts necessarily to the tide that swarms in from the Bay of Bengal twice daily then slowly drags itself out again in estuarine fingers. Home to an amazing variety of birds, crocodiles, dolphins and otters, there is a precious interdependency here that is both protected and endangered. Sunderbans supports more than ten endangered mammals and reptiles as well as four million human souls living on the fringes. Gathering firewood and honey as well as fishing, the people have wrestled a living from the mangroves, literally from the jaws of the tiger.
The result until recent efforts towards sustainable tourism was a situation of the landless in opposition with the endangered . With over one thousand ‘Tiger Widows" in the area, that's 3.6 humans for every tiger. The Tiger seems to be on a winning streak.
A precarious balance appreciated through the legends of Bon Bibi, a forest maiden who was chosen by Allah to protect the people from the tiger.
Those who enter the forest with a pure heart and empty hand, says the legend, can be assured of the protection of Bon Bibi. The tiger is said to be Hindu demon who morphs into a tiger to satisfy his craving for human flesh. The story of Bon Bibi is a lesson in interdependency, religious harmony and ecology that walks hand in hand with survival. Even the boundaries between religions dissolve in this borderless land.

A small mud temple on the shore is barely visible in the mist as we drift by. I notice that the guide bows his head to the guardian goddess. As do I, but not before wondering if that means it will bring good luck or bad to the tour. Good luck to us would be a glimpse of orange stripes through the dappled tangle of the Sundari forests, while our guide has come from a culture where they pray daily not to see a tiger. Our hopes ebb with the tide, the best time to see a tiger is at low tide when they have less distance to cover as the swim from shore to shore. As we hug the shoreline, peering into the thick vegetation, I cannot shake the sense of being watched

Gradually the sun burns off the early morning mist, the forest awakes with screeches and flutters. Beneath and endlessly blue sky the tide begins to recede, exposing the spiked roots of the mangroves. Tiny mudskippers cling to the mangrove trunks, monkeys clamber in the branches. At the Forest Headquarters viewing platform we see a deer marking its way gingerly through the mud, a monitor lizard with a nasty slash on it's rump ignores us with an air of wounded dignity. Not surprisingly, there is no tiger crossing the clearing although two sightings have been recorded in the park in the last week. Back on board the boat, we putt on dreamily, slowly turning a lazy arc in the river.
Our guide motions the boat close to the shore.
Fresh pug marks in the mud leading down to the water and back into the forest.
The tiger had come to the shoreline and watched as we patrolled the opposite side.
In the spirit of true eco tourism, the Royal Bengal Tiger had taken nothing and left only footprints.