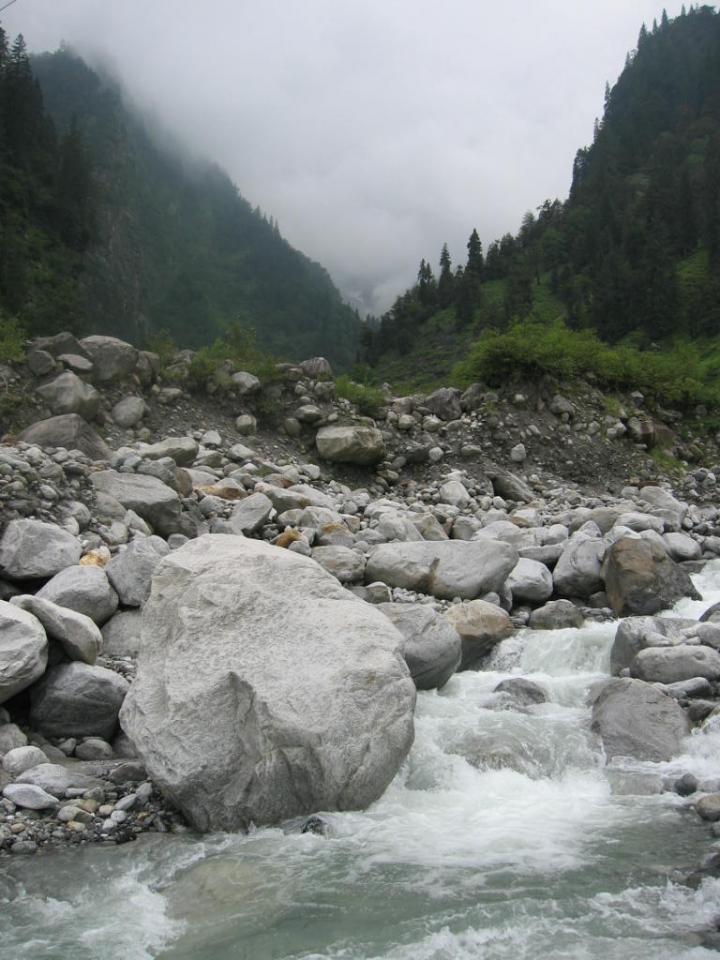 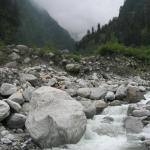 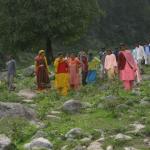 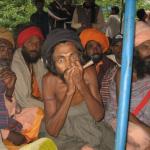 Nestled in the semi tropical forests of towering deodar in the Western Himalayan Pir Pinjal Ranges, the busy tourist and apple growing township of Manali sits at the very end of the Kullu Valley in the Indian state of Himachal Pradesh.

More commonly referred to as The Valley of the Gods, according to ancient legend this is where the gods tumbled down from the heavens in a great flood using the slopes of the Himalaya to break their fall. The town takes its name from the sage Manu who, Noah like, settled the world with men and rules to guide them.

As a legacy of the original flood from heaven, every small village of the Kullu Valley has its own resident god and Yognees or faeries still guard the river valleys, shrines and offerings to the guardian gods of the Valley are visible in every village.

Originally known as Dana bazaar, Manali was a halting stage for those accessing the mystic valleys of Lahaul and Spiti, as well as Ladakh and the Central Asian silk routes beyond the Rohtang Pass (3890mt), but now plans for a world class Himalayan Ski Village on fifty acres in the peaks of the Kullu Valley are moving ahead. Planned to be the highest ski resort in the world with the capability of hosting the Winter Olympics, the resulting infrastructure will bring roads, better hospitals and development opportunities for villages so long inaccessible.

But away from the multi million dollar plans to change the face of this mountain paradise, the more immediate schedule is the  monsoon season, the time for every village god to be taken out and paraded around on decorated palanquins. Accompanied by the plaintive call of mountain horns and the ancient beat of the drum, the gods are given the seat of honour at every village square which then become the focal point for games and dancing.

We have been invited to a festival high in the Solang Valley at a waterfall known as Anjani Mahadev, named for the river than seems to plunge from the heavens down over a Shiva lingam, freezing in the winter.

The way is marked by red flags fluttering along the two kilometre walk. In the early light of evening with monsoon clouds obscuring the moon; we follow the sure feet of our local guide in single file. Below us, the Kullu Valley tumbles back into the world of man while ahead the waterfall roars down from the heavens. Our eyes are trained on the island of light that floats in the middle distance; it feels as if we are disappearing into a faerie land. Eventually we cross the roaring river and approach the festival site and we make our way to the tent where the devotees will sit and sing throughout the night.

A circle is formed around the sacred fire; the presence of the Swami Baba Prakash is marked by a photo with an altar laid before it. Brahmin priests feed the fire with lashings of ghee, the nutty smell swirls with the smell of incense and smoke. The musicians are tuning their instruments and talking. Gradually, almost imperceptibly the music builds and gains strength and sound as people join in singing devotional songs that will last throughout the night. Singers and musicians fall off and are replaced, food is served in relays, tea and water passed around but the singing never stops.

After twelve hours of sitting cross legged, cross eyed from the lack of sleep, dizzy with the smoke from the sacred fire and the excitement of the moment, men and women begin to leap spontaneously to their feet to dance, succumbing to the throbbing of the drums and the plaintive whine of the snake charmers flutes.

Toothless old women, dressed in the no nonsense style of hard working Haryana farmers sway and sashay their hips, hand movements as delicate as birds, their faces shining.  One woman builds herself into a wide eyed trance by dancing and clapping with her eyes fixed on the image of the departed guru. Her movements become wider and wilder, she doesn't blink when water is thrown in her face and is eventually removed by some attendants.

Meantime, a Spanish woman and a farmer woman have succumbed to the tease of the snake charmers and are dancing face to face, eye to staring eye, mimicking each others movements in a microsecond. One woman will begin a complicated hand movement, her eyebrows raised in challenge and before the move is completed the other woman has become the same movement, the crowd claps in beat to the drums and calls in encouragement. All eyes are on the women, their trance begins to affect the crowd watching, we sway in time with the drum, smoke curls around the ceiling, the fire flames and sparks.

The farmer woman's  glittering black eyes are fixed on the shy smile of the Spanish dancer, a crow is dancing with a dove. The music builds and builds until the crow falters and falls off, quickly replaced by another woman.  The women dance themselves into a trance that is held together by the musicians and the clapping of the crowd.

People leap to their feet waving notes over the dancers before dropping the money into the musician's pots.

Over forty eight hours the energy builds and wanes like the sea, but at the end of the ritual you feel like you have crossed some kind of ocean. It takes time to get your land legs back so to speak.

Walking out of the valley after the festival, the beat of the drum resonated in every step that I took away from Anjani Mahadev.