Luang Prabang - The Shangri-La Of Lao 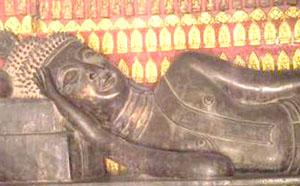 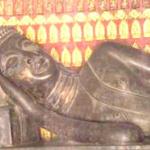 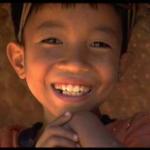 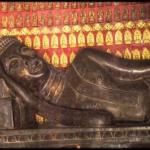 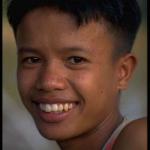 The multi-tiered roof curves wing-like almost to the ground. The drooping twin arches of the portico are so elaborately decked with gilded votives they demand an hour of your time to simply contemplate their grandeur. This most elegant of sims (ordinal chapel) belongs to Wat Xieng Thong, the oldest and most splendid of the temples of the ancient royal capital of Lao.

Luang Prabang! Such is the sublimity of this sanctuary of Therawada Buddhism, it is hard to imagine that the "city', which now lays claim to no more than 30,000 souls, could have ever been a temporal capital at all. Known to those who visit as the "Shangri-la of Lao", Luang Prabang is rich not only in the cherished icons of its faith, but in tropical flora too. Her gardens are the flame trees, flumeria, and the lush forest shrubbery that engulf the ancient town in a protective leafy shroud. The shroud also finds its way, along with some 300 steps of broken stone, to the top of a steep hill known as Phousi. Crowned by the golden Taht Chomsi Stupa, Phousi's lofty summit lets you see the city's total gorgeousness in one sweeping gaze.

Luang Prabang is set in a tongue of land that narrowly protrudes to the confluence of two rivers - the Mekong and the Khan. Two roads run parallel along the centre of the tongue, passing a host of famous temples as they do. Meticulously tended by scores of monks in residence, the compounds seem to occupy more than half the city's land.

Luang Prabang's history is a long and chequered one. At the time of the great conqueror, King Fa Ngum (mid 14th century), the town emerged from the ranks of tiny fiefdoms to preside as capital over a united Lane Zang (land of a million elephants). Until the arrival of the French in 1893, this would be the first and only time that Lao would unite.

Successive kings could not keep their formidable array of foreign foes at bay. Myanmar, Dai Viet (Vietnam), Khmer, Siam and even the marauding Hos of China, took their turns to invade, sack and occupy the town, finally forcing King Phothisarat in 1545 to move the capital to Wieng Chan (present day Vientiane). Subsequent factional squabbling (at one time the throne was left without an heir) saw three independent kingdoms emerge - Luang Prabang, Wieng Chan, and in the south, Champasak.

When Wieng Chan was sacked by the Thais in 1828, Luang Prabang once more assumed the mantle of capital that it rightfully deserved. Royalty would remain, if only nominally under French "protection", up till the Revolution in 1974. The last Monarch, King Savang Vatthana, was banished unceremoniously to a cave in northern Lao, where, along with his wife and son, he subsequently died.

King Vatthana's palace was built by the French in 1904. A double cruciform structure, it is now a museum, left largely as it was in the monarch's final years. Along with the art treasures you would normally associate with an eastern king of standing, the palace houses the Pha Bang - a standing Buddah figure of solid gold. Made in Sri Lanka, the Pha Bang was given to King Fa Ngum by the Khmers in 1359 in recognition of his sovereignty over Lao. It is from this, the most venerated figure in the land, that Luang Prabang took its "modern" name. It was formerly Muang Xieng Thong.

Another feature of the palace are the glass figure mosaics of the throne room. They were done in 1954 by three local artists, one of whom, khun Thit Tan, still lives in the town. Similar works appear on the outer walls of the haws (chapels) of Wat Xieng Thong, on the rear wall of its sin and in the interior of the funerary chamber. The mosaics are unusual for domains of royal patronage as they depict scenes of simple village life - testimony to the strong affinity felt between Luang Prabang's royalty and its subjects.

It was suggested by our guide that we rise at dawn to see the city's monks filing through the town seeking alms. It is said that visitors to the ancient capital, as worldly in outlook as they may well be, are inevitably touched by the town's sanctity. If ever this spirit stirred in me, it would have to have been at the moment when the first kneeling lady in the line of devotees, clad in her pha sin (embroidered wrap-around) and sash, humbly placed a portion of rice in the bowl of the patriarchal monk. She would do the same for the entire retinue, right down to the little novice at the tail end of the line - some fifty monks in all.

Since the revolution, tourist movement in Lao has been mostly confined to package tours organised by local operators. The standard Luang Prabang itinerary includes a boat trip up the Mekong to the Pak Ou caves. it was here that the king would make an annual pilgrimage to meditate before the hundreds of buddha images contained within the caves. Most are standing figures, and, in the true Lao style, have elongated arms that sweep elegantly down beside drapery which flounces like a fin at the hem. The figures are mostly of ancient origin, and you are once more reminded of the unshakeable devotion which Therawada Buddhism inspires in its followers. Not even its suppression in post revolution times - now somewhat moderated - could begin to quell the peoples' fervency.

All along the river you see vignettes of local life: villagers tending vegetable plots, boys sliding wildly down the river's muddy banks, and tiny heua ha pa's (paddled wooden boats) with ladies sitting primly, parasol in hand, at their bows. The trip includeds a mandatory stop to see the distillery at Xang Hai village. You are shown how rice wine is made, and told how archaeological diggings near the village have uncovered wine jars that date back some two thousand years. Clearly, Xang Hai, which means "wine jar" in Chinese, has a very long tradition of making fine rice wine.

The Xang Hai you see today is relatively new. The original village was bombed to destruction in the "Secret War" of 1964 to 1973. The villagers who lost their lives are among the tens of thousands of Lao victims of this war that no-one, not even those who waged it, could ever understand.

The Secret War was yet another of so many incursions into Lao that Luang Prabang somehow managed to heroically survive - through fate or through the blessings of the Buddha; or by dint, perhaps, of the town's very splendour, that inspires too much wonderment and awe for even the most brutish of assailants to dare do it harm. The Shangrila of Lao remains basking golden in her forest garden setting. And modern day visitors to the ancient royal capital may still find themselves imbued, as so many have before, with a touch of that rare and humble sanctity that the people of this holy town so fervently and openly exude.

When: November through February are the driest coolest months

Visa: Required for all visitors to Lao