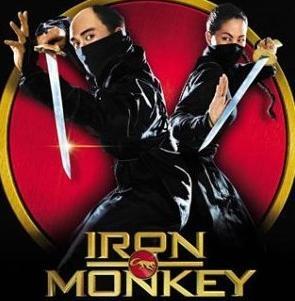 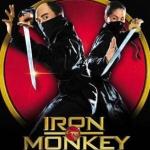 Chinese Kung Fu films aren't all the cultured, artistic masterpieces that are usually brought stateside. Chinese film-makers love a good brawler too, and Iron Monkey is an excellent example of that. Directed by Yuen Woo-Ping, the choreographer for a great many films including Crouching Tiger, Hidden Dragon, The Matrix, Fearless, and the Kill Bill movies, Iron Monkey is, if nothing else, an action-packed Chinese Robin Hood adventure.

In the town of Chekiang, money rules. It is said that power corrupts, and absolute power corrupts absolutely, and here, it is no different. With the countryside ravaged by warlords, refugees flee to the larger cities in hope that they can find a better life. Instead, all they find are money-hungry nobles and unjust bosses. The governor is withholding the foodstocks of the town, and later plans to sell the food at a huge profit in order to become rich. However, one man stands in his way: the Iron Monkey. A Robin Hood-esque champion of the downtrodden masses, Iron Monkey regularly robs the governor and doles out his profits to the poor refugees in the city.

By day, however, Iron Monkey is Dr. Yang, a skilled doctor who treats all patients, regardless of wealth, and overcharges the rich to pay for the poor. His assistant is the beautiful Miss Orchid, who also possesses both medicinal skill and martial arts skill, and aids the Iron Monkey/Dr. Yang whenever she can. However, when a skilled shaolin monk is blackmailed into fighting him, and the Royal Minister is slated to arrive in the city, the Iron Monkey must make his move and retake the city from the grip of its evil money-obsessed governor.

One of the flaws that this movie had is that it spent barely any time actually explaining anything. While it may be fine to leave something for the audience to figure out, but seventy-five percent of the important details were only lightly interspersed between bouts of violence. However, there wasn't much story to offer, so that aspect of the movie didn't diminish the quality of the film. Besides, nobody watches a movie like this for the plot. It's all about the action, especially in this film. There was plenty of action to appease even the most hardcore of martial arts fans, and the fight scenes were beautifully choreographed. It all culminated in a fight atop a forest of poles standing in a sea of flames, with the fighters perched upon the poles while still engaging one another.

It's no masterpiece, but Iron Monkey is still a great martial arts movie. Great action, an interesting, if at time sparse storyline, and cool characters make it an engaging movie. Also, for fans of Jet Li's Once Upon A Time In China series, the son of the monk Wong Kei-Ying is actually supposed to be a younger Wong Fei-Hung, the hero of China portrayed by Li in his Once Upon A Time trilogy. An action-packed romp, Iron Monkey is definitely worth seeing.

Iron Monkey can be purchased online at Amazon.com.