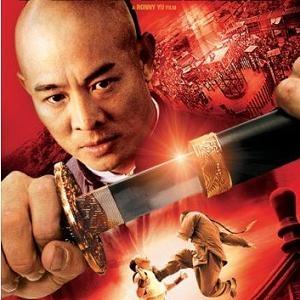 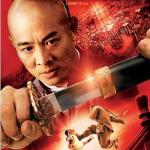 Everyone loves to see a good old beat-‘em-up movie every once in a while, the kinds of movies that use the plot as an excuse to make each fight bigger and better than the last. But when you need a break from the stereotypical martial arts film, there's one man to turn to: Jet Li. In his career, he has done a number of amazing movies that break free of the traditional martial arts smashfest, and rise to a level greater than that of your average movie. These films include the Once Upon A Time In China series, Hero, and the latest offering, Fearless.

The movie begins near the ending, at what appears to be a tournament between Li's character, Huo Yuanjia, a master of wushu, the ancient form of Chinese martial arts, handily defeating three foreign opponents in their own fields of expertise- an Irish boxer, an American spearman, and a French fencer. We then travel into our hero's past, where he is seen as a child trying to learn his father's style of wushu regardless of his father's warnings, or his own asthma. He foists his calligraphy lessons onto his friend Nong Jinsun, whose scholarly attitude makes him more than willing to accept his friend's academic burden.

Cut to the future, when Yuanja has grown up, and he watches over his dojo with a carefree and boastful attitude as he defeats all challengers handily in his pursuit of becoming the "Champion of Tianjin." However, in becoming stronger, he has forgotten his father's lessons in the meaning and importance of wushu as a discipline and not simply a way to become strong, and he incurs massive debts, takes on unworthy students, and seeks power over nobility. This all changes when a feud with a rival master ends in a tragedy so great that Yuanjia cannot bear it, and exiles himself to the countryside, where his experiences in life teach him the true meaning of his martial arts.

The power of Fearless as a movie comes not only from the amazing choreography and martial arts prowess exhibited in the film, but the way the story is told. The ugliness of the beginning section of the film only serves to provide a foil against which his transcendent character can be compared. The hustle and bustle of the cities is an excellent contrast to the beauty of the countryside locale of Li's self-inflicted exile. There is an amazing scene in which the countryside is shown in time-lapse, progressing from spring to summer to autumn to winter and then returning to spring, showing a year's transformation in thirty seconds, and showing what Yuanjia had seen in his many years there.

The movie comes full circle, returning to the fateful tournament, showing the transformation and transcendence of a man who has risen above the base instincts of his youth. Every element of the movie comes together to create a story as captivating and epic as a true martial arts movie should be. Fearless is an excellent movie, One that will be remembered for years to come, and belongs in the cinematic pantheon with Crouching Tiger, Hidden Dragon and Hero.

Fearless can be found for sale on Amazon.com.