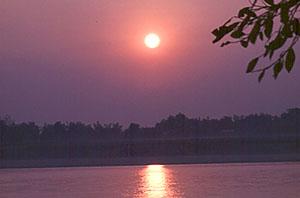 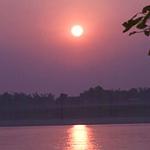 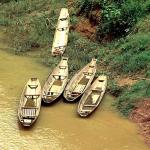 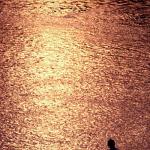 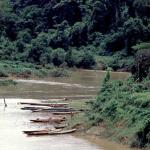 The face of Southeast Asia has changed dramatically over the last decade or so with the emergence of French Indochina, the Yunnan province of southern China and Myanmar onto the business and tourism scene. Where they were once considered as virtual pariahs by businessmen and tourists from the west, as well as their closer neighbors, they are now being quietly courted.

Countries such as Thailand, Singapore, Malaysia and the Philippines, in fact all of existing Association of Southeast Asian Nations (ASEAN) members who were already making successful business partnerships with the west believed that a policy of constructive engagement was the best way to bring them "into the fold."

Tourism is an important earner of foreign revenue for any country, developed or not. Were it not for the fact that Thailand is one of the most popular tourist destinations in Southeast Asia, it would not have been able to weather the storm of the recent economic turmoils, even given the IMF loans. ASEAN governments have been holding talks together on how to develop the Mekong Basin sub-region as a tourist destination. The Mekong is the world's 12th longest river at 4,200 kilometers and the countries it passes through have long been inaccessible to tourism because of war or political restraints.

This has all changed now and Thailand is ideally placed to be the gateway to the Mekong sub-region and the largely unexplored countries it flows through. The Mekong Tourism Forum initiative is an ongoing multinational grouping of countries the Mekong flows through that are all working together to develop the potential of the region, in collaboration with the Asian Development Bank (ADB) and the Economic and Social Commission for Asia and the Pacific (UN ESCAP).

The inaugural event was held in Pattaya, Thailand in 1996 and was hosted by the Tourism Authority of Thailand (TAT). Future meetings of the forum moved to other countries and as the economic situation is now improving, the dialogues are due to start again soon. Participating in the meetings to discuss development plans will again be high level members of the governments, and governors or deputies of the tourism authorities from Cambodia, China, Laos, Myanmar, Thailand and Vietnam. Entrepreneurs from the private sector, travel agents and tour companies also will be putting their points of view forward, and Thailand's Tourism Governor, Pradech Phayakvichien, is keen to work with his neighbors in continuing to open up border crossing points.

Accor Asia pacific is one of the largest hotel chains in the region and at the inaugural meeting of the Mekong Tourism Forum, Accor's president, Mr. Reggie Shiu, said that they are looking closely at the developing situation in the region. They believe that if the countries of the Mekong Basin can work together to develop the region as a single destination with one-stop visa issuance and minimal bureaucracy, then the region will have enormous potential for growth. Accor understands that hotel development should be driven by the private sector, while working together with the governments of the countries they plan to invest in, in order to protect the environment. Sustainable development is one of their prime mandates. They believe that governments need to look aggressively at investment and tax incentives in order to attract the private sector.

The TAT is eager to give any advice they can to countries less experienced than themselves, and are presently most active in Laos and Cambodia. "This sub-region is one of the last frontiers of Southeast Asia and deserves to be seen by the world. It will be good for the region as a whole and we do not think that its development will mean that Thailand will lose any tourist arrivals. Rather the opposite," said Mr. Pradech.

It is a fact that Thailand is the preferred gateway to those wishing to visit the six countries of the Mekong Basin and that 60 percent of the people visiting Cambodia, for example, do so through Bangkok. Initially they are working to come up with a viable bilateral itinerary between the two countries, with the minimum of cross-border bureaucratic fuss and when that is successful they can work on a tour itinerary between the three countries. In order for this to develop, they recommend that countries open up more border check points.

All of the countries in the Mekong sub-region can benefit from the openness that Thailand suggests as tourists in the new millennium will become ever more adventurous, along with having an increase in disposable income. The TAT hopes that the region will grow as a family does: the stronger helping the weaker.

Visit-Mekong. Mekong travel and tourism information - the Official Website for tourism in the Greater Mekong Subregion.