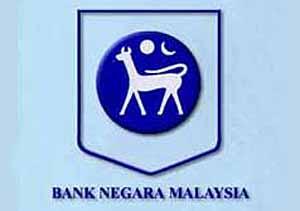 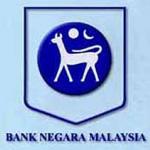 Bank Negara's Money Museum is a work of art in itself. The money museum, opened in 1989, is a fine work of art. From the ornate carvings of the 100-year-old teak palace door at the ground floor entrance to the panels, shelf designs and lighting every line, every curve tells a story.

The Malaysian identity is reflected in the craftwork, the kelarai bamboo weaving for some wall paneling done by some Felda women, whose husbands are farmers in special agriculture zones. At the moment, the government is promoting such cottage industries to encourage the womenfolk to be self-sufficient as well.

Another striking blend of traditional Malay creativity and contemporary art is the 100-year-old palace door adorning the entrance to the museum. It is made of solid teak, a salute to the ingenuity of master craftsmen and yet blending with the dawn of another era in its sliding door panels.

The plush floor carpet at the entrance, featuring a Sarawak pua design weaved by the Iban indigenous tribe, was specially commissioned. As the visitor proceeds to the entrance of the museum on the ground floor of the Bank Negara building in Kuala Lumpur, an unmistakable sign in Arabic script above greets them. Translated, it reads:

And do not eat up your property among yourselves for vanities, nor house it as bait for the judges, with intent that ye may eat up wrongfully and knowingly a little of (other) people's property. (The Islamic Koran, Surah Al-Baqarah, 188).

It is a timely reminder that former Bank Negara Governor Tan Sri Jaffar Hussein had suggested, especially in the wake of the 1986 deposit-taking co-operative fiasco and to prod the human mind of the need for moral and religious values. This verse encourages people to work for their wealth and not count on quick gains from gambling and other unscrupulous means.

Though the museum collection is not legal tender, its price far exceeds the actual value documented on the monetary artifacts. It have been liken to a veritable Ali Baba cave, hoarding vast amounts of wealth. Like the huge jars and trunks the 40 thieves of that Arabian folklore stored their gold coins and assorted golden ornaments, this is Malaysia's central bank huge collection of coins of various sizes and denominations, from pre-historical times to the modern coins used today.

Indeed, as the sole distributor, issuing authority of the nation's currency, both notes and coins, Bank Negara is custodian of a vast and valuable collection of rare forms of currency in coins.

You will not normally use any of these coins to buy anything, but you probably could barter them for a higher value than its denomination. And the exact worth of Bank Negara's collection remains shrouded in secrecy.

With a limited allocation, money museum officials attend auctions to try and retrieve some Malaysian artifacts which have found their way to other shores. Malaysian numismatists are believed to have been excited over a pair of 20-cent pattern coins in aluminum struck by the Osaka Mint in Japan, and which the money museum had bought at an international auction in Singapore. No known coins, except the later worthless 'banana money' notes, were circulated during the Japanese occupation of Malaya. Yet, numismatists are puzzled as to the word "Malaya" on the coins.

The Japanese had this grand plan to conquer South-East Asia and the world then and they were known to be methodical. Was it their intention to introduce coins eventually or did they find paper money cheaper to print, or was the occupation too short - No one, it seems, has yet unraveled the mystery of this mysterious coins.

Taking a walk along the money museum corridors is a lesson in the history, culture and heritage of the country. Of particular interest to numistics and the general public is the story of the evolution of monetary items, which has been thoroughly dealt with by the museum.

Primitive forms of money came in the form of cowrie shells, which people in the Neolithic era used to trade with. It was not until the Chinese influence had begun to dominate the market that novel items such as spade money, knife money, bar money and tiger tongue was used. If they weren't heavy, they were shaped in unusual ways. In some societies, they looked like little keys, knives, spades, and hoes. In others, coins were made to resemble elephants, crocodiles, tortoises, grasshoppers and cockerels. Then, there were communities which used gold dust as money. Imagine dropping that on the beach!

Copper coins, also brought in by Chinese traders became a major coinage in the days of the Malay States. As it is light and easily pliable, it soon gained favor among users. Early Sarawakians and inhabitants of Borneo carried beads of glass, cornelian and onyx as currency beads that were regarded as status symbols and believed to have magical powers. Items now considered bulky and cumbersome, like brass kettles, miniature brass cannons and coin belts, were used as media of exchange then. By the beginning of the 19th Century, tampang or hat-shaped tin coins were widely used as legal tender in Selangor, Perak and Pahang.

The wide range of currency forms arose from the fact that there was neither control of currency issue nor a centralized body to mint common money - a role assumed by Bank Negara after Malaysia gained independence.

At that time, large powers rested with Malayan State rulers who would authorize the issue of currency notes and coins. Besides each State having its won monetary unit, the Chinese Kongsi of the tin markets could also issue private tokens for circulation. Chinese towkays and private British banks were allowed to issue their own currencies in the 1800s. Today, their legacy is showcased in the museum. Notes from the influential Alsagoff family in Johor, tin-mine towkays Loke Yew and Chung Thye Phin and a five-cent note issued by the Sungai Buloh leper settlement in 1935, which are also on display, highlight fascinating historical facets.

The individual banks themselves added to the collection when they started issuing paper money, each guaranteed by their individual money reserves.

A whole array of Dutch coins came from the days of that country's presence in Malacca. Straits Settlement coins began circulating in 1871. Some semblance of order and control set in with the establishment of the Board of Commissions of Currency Malaya in 1938. The board was empowered with the authority to issue coins and notes in Malaya, British North Borneo (Sabah), Sarawak, Singapore and Brunei.

Besides currencies used in the Malay Archipelago, coins used in other countries is also on display in a separate showcase. For instance, the iron currency hoes used in the 19th century Sudan are available. These were widely accepted in Sudan as late as the 21st century as the standard means of payment, particularly as bridal dowry.

In ancient Ethiopia, salt money was used as legal tender for payment of taxes and fines and was also used to make purchases in the market place. In the same century, feather money was used in Santa Cruz, but only for settling social obligations. A century later, the Iroquois people in North America used the Wampum, which was a belt of beads made from shells of the mollusk Mercenaria.

In China at least 3,000 years ago, cowrie shells were used as money. The Chinese is widely believed to be the first people to introduce paper money. Later, they played the same role in India, Thailand, Malaya and in both East and West Africa.

The Kisi pennies were hammered iron rods used as money by the Kisi (Ghisi) people of Liberia, West Africa in the 1930s. It was also the custom to use these iron rods for bride-wealth payments.

In Yap, one of the Caroline Islands in the Pacific Ocean, specially carved stone money was used about 100 years ago. The stone that was used could range from the smallest, about 54cm in size, to the largest, which was about 3.5 meters. The large stones were used for important payments, such as compensation to settle inter-village conflicts. They were also a symbol of wealth.

Having passed through the world and modern currency gallery, the visitor travels back to the present where, before stepping out of the museum, there is an artistic display and explanation of materials needed for the process of minting money.

Besides coins, the Money Museum also boosts of a large art gallery consisting work by Malaysian artists. Of particular interest would be traditional scenery of Malay villages, with farmers using water buffaloes to plow the fields and fishermen using spears to catch fish, now a rarity in modern times.

In a place where children have often been told not to lay their hands on the exhibits, this money museum has been thoughtful. There is a special children's corner where, again at the press of a button, children can test themselves with a quiz on their currency and banking knowledge.

Opening hours are 9 am till 4:30 pm from Mondays till Fridays and from 9 am till 12 noon on Saturdays. The museum is closed on Sundays and public holidays. The Bank Negara Money Museum is situated on the ground floor of Bank Negara Malaysia.