Return of the scorpion-tailed boat 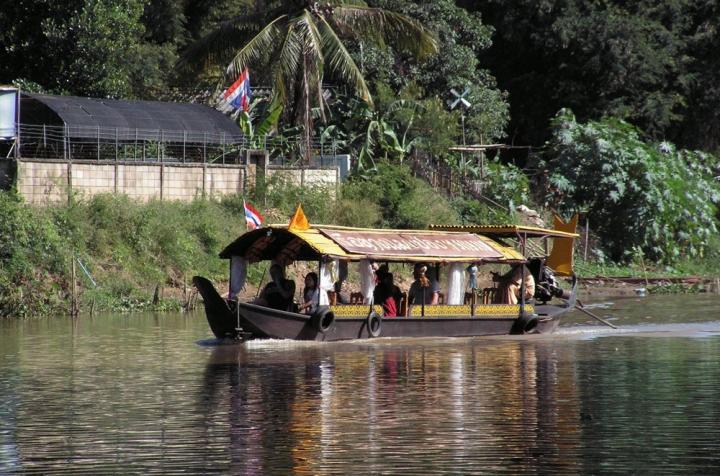 Cruising along the river 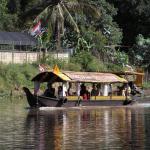 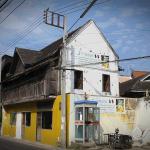 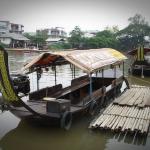 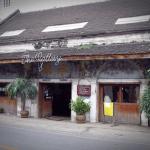 Refreshing morning breeze blew into the scorpion-tailed boat’s cabin that was taking me and other tourists on a cruise down the Ping River. It sailed past old commercial blocks and several magnificent colonial-style buildings. Life on the river was quiet and the boat was moving at a leisurely pace offering passengers a chance to explore the charms of Chiang Mai on both sides of the river.

In the mid to late 1897-during the reign of King Rama V, scorpion-tailed boats served members of the royalty in the North, as well as local people travelling between Chiang Mai and Bangkok.

The scorpion-tailed boat or ‘Rue Mae Pa’ is a large size digger boat that has its widest part in the middle for carrying cargo and passengers. The roof is made from thatched bamboo and sealed for protection against the sun and rain.

You will notice a prominent tail pointing to the sky; imparting a special character that makes them look different from other boats in the country. When they arrived at riverfront settlements in the old days it’s always an event for they brought people, supplies and news from distant places.

Historical records complied by American missionaries reveal that between 1897-1907 scorpion-tailed boats were used to haul cargo and they travelled in caravans in order to help each other at critical moments like negotiating rapids or warding off pirates.

Even though scorpion-tailed boats completely vanished from the Ping River after the Bhumibol dam was built, lately they have made a comeback to symbolize the greatness of the mighty Lanna kingdom.

Mr Samak Laosathirawong was waiting for me at Wat Sri Khong pier. He is an ex-navy man who spent many years studying the history of transportation in the northern region and he re-built these ancient boats by sticking as much as was possible to the original style. In the past boats were guided by helmsmen but now engines have been installed complete with silencers. The vacuum room in the front was designed to keep the boat balanced and safe. It has a capacity for 35 persons.

“In the ancient times, the first man who built the scorpion-tailed boat got the idea by looking at a broken coconut shell with the tail of a scorpion sticking out. Scorpion-tailed boats have been used as a mode of transport in the North for centuries. I was disappointed to see them disappear from Ping River in our time,”Mr Samak said.

We left Wat Sri Khong pier and headed north passing under the Rattanakosin and Super Highway bridges and then made an U-turn southward. I looked out on the countryside where 100 years old teak-houses and several old temples stood out elegantly. I have never seen this picturesque a view from the river since I visited the floating market in Damnoen Saduak canal, Ratchaburi, several years ago.

The boat engine was quiet and it gave me the peace to imagine several nice things about Chiang Mai from the old days, particularly the old trading area on the east bank of the river where Chinese, British, Sikh and Thai communities thrived.

The old trading area is what we know as Wat Gate today. It stretches on both sides of Bamrungrat Road. Many beautiful teak houses owned by the British still survive. They were built by families in the logging business.

This area today is a unique mix of art and culture of northern Thailand and colonial settlers. It has become a popular spot for foreign and Thai tourists. Many old buildings on the both sides of the road have been converted into high-class restaurants and accommodations.

“I’m glad to learn that the Tourism Authority of Thailand (TAT) is promoting Wat Gate area as a Chiang Mai heritage,” said Samak, our guide today, as he gave me a lengthy two-hour lecture on excursions available through the old town.

The river cruise gave me an opportunity to watch a potpourri of history and river life that unfolded along the river. As we approached Nawarat Bridge, the main connection for people living on either sides of the Ping, Mr Samak said, “Dating back a century, the east bank served as a trading center for foreigners based in Chiang Mai, while local residents and noble families settled on the west side. Houses were built further away from the river or the canal.”

Modern developments are replacing the old way of life of local residents. When the first rail link opened in 1921, it was the beginning of the end of river transportation that culminated in the phasing out and finally disappearance of scorpion-tailed boats from Ping River.

But thanks to Mr Samak, they are making a return taking tourists on cruises along the Ping and keeping alive a tradition that had been part and parcel of Chiang Mai history and it cultural identity.