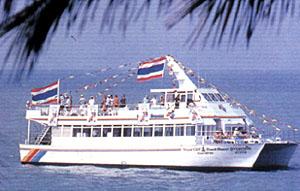 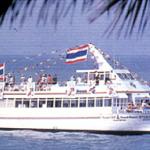 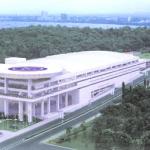 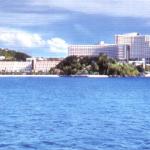 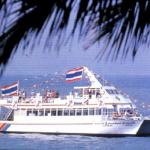 One of the oldest, if not the oldest, resort in Pattaya is The Royal Cliff. Everyone's heard of the Royal Cliff by now, probably, but if you have never been or haven't been for a while, it's a good time for a visit because there's all sorts of new things happening.

First of all, you can work out in a brand new health club and be pampered in a top-of-the-line spa facility here for the first time. The newly opened Cliff Spa is a place dedicated to relaxing the senses and invigorating the body. In keeping with the recent upsurge in opening spa facilities in Thailand's resorts, the Royal Cliff, in the words of Managing Director, Panga Vathanakul, "decided to open the Cliff Spa in response to an increasing demand for health spa facilities in Thailand, especially in Pattaya. We offer a full range of health and beauty treatments that combine nature with modern technology in a unique setting high on the cliffs with spectacular sea views."

The views are spectacular and the setting is definitely unique. You can receive various treatments like facials, body scrubs and massage in one of 11 luxurious suites which all have a private balcony and a great view of the ocean, being located on the sixth floor of the Royal Cliff Grand building. There's also a large terrace/balcony where you can relax and experience traditional Thai massage under open-air pavilions set among palm trees and tropical flowers, or sit in a jacuzzi and enjoy the great views of the bay and nearby islands. Whatever you do here, it's certain to be relaxing.

And for a little more physical approach to well-being you can now get in a workout at the brand new Cliff Club facilities which have just been completed. Actually, the steam room and sauna will be undergoing a renovation in the near future, but the workout and aerobics rooms are now finished and provide guests with a great place to sweat off those extra pounds. The equipment all looks like it's brand new and the room itself has that new-car smell still. All of the weight equipment is Cybex and the running equipment is Life Fitness, so they've put in top-quality stuff here.

We had an enjoyable workout here with a nice view of the Cliff Club pool area visible through the solid glass front wall of the workout room. And if you're not into the weights and running side of fitness you can always play tennis on one of the night-lit courts here before you hit the steam room or sauna. This is quite a good club with all of the latest equipment and a relaxing environment to go with it, so if you ever stay here make sure you take advantage of all that it has to offer.

We've concentrated on the spa and health club so far, so now's the time for some basic information on the resort itself. There are actually four separate hotel buildings here: the Royal Cliff Beach Hotel, the Royal Cliff Terrace, the Royal Cliff Grand and the Royal Wing. All are slightly different and cater to some different international markets. The Cliff Terrace is the original building, opening in 1973 and the others followed at intervals over the years with the Grand being the latest. In total there are over 1,000 rooms between the buildings and there's quite a variety of accommodations available with a number of different suites, theme suites, standard rooms and executive suites and many price ranges as well which fit almost any budget. All of the rooms are well-equipped with the usual amenities you'd expect from a top resort and the service is also at the same level.

However, you probably won't be spending much time in your room no matter how nice it is because there are so many things to do here in addition to the aforementioned spa and fitness club. Of course, there's the ocean and the resort has a couple of private beaches for lounging and water sports which can be engaged from the private companies that operate there. Jet skis, water skiing, scuba diving and deep sea fishing are the major attractions and all can be easily booked. The resort also owns its own catamaran which takes guests on scheduled trips to the nearby islands.

There's also a three-hole putting green course on the premises and a beautiful tropical park/garden that includes a jogging trail if you'd like a refreshing run in the sea air. And don't forget the five swimming pools that are on the property, providing each building and the Cliff Club with its own facilities.

Of course, after a lot of physical exercise and the fresh sea air you'll have developed a healthy appetite and there are plenty of outlets here to satisfy your hunger. There are nine different restaurants here and another seven bars so there's no shortage of places to go for food and drinks. The list of different cuisines and cooking styles available here is a long one: international, Thai, classical Thai, Cantonese, Japanese, Italian, French, Mediterranean, grill and BBQ. Our own culinary adventure here consisted of trying the special Saturday night BBQ that is added to the regular buffet on the Terrace outside of the Larn Thong restaurant in the Royal Cliff Grand building where four of the above-mentioned restaurants are located. This lovely terrace is next to the large pool and that, and the garden atmosphere, make for a relaxing place to enjoy an evening meal. The large regular buffet is supplemented by a BBQ section on Saturday nights and the whole offering is priced at only 550 baht++. Considering the selection and quality here, it's a very good deal as we feasted on everything from sushi and sashimi to oysters, Thai spicy salads, tempura, Thai noodles, international entrees, cold cuts and salads and, of course the BBQ selections which included a wide variety of meats and seafood. It's a great dinner and well worth the price.

The future looks bright here as the new convention center just had its grand opening after a year of operation and several of the building will be undergoing major renovations in the coming year. If you've never been here before, do yourself a favor and come for a weekend of relaxation and fun. You won't regret it.