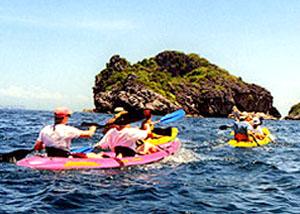 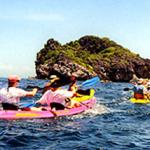 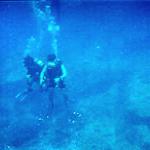 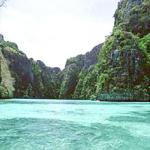 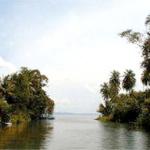 Thailand's first and largest nation marine park in the Andaman Sea is not only a haven for the holiday-minded naturalist, it is also one of the "last" fast disappearing Robinson Cruso island destinations in Asia. Want to get away from civilization, chuck your every day cares and return to a simpler more nature-oriented way of lift? You can and you don't have to go further than Tarutao, Thailand's first nation marine park in the Andaman Sea.

Forget about the tourist invasion on the popular islands of Phuket, Bali or Penang, Tarutao is a true nature getaway. This is the place to be for an authentic tropical holiday - where you can sunbathe along the beach without being hounded by people selling anything from snake blood to wooden carvings, scuba dive without paying a Sultan's ransom and indulge in your favorite Thai dishes for reasonable prices.

Tarutao - the name in the local language means "old, mysterious and primitive" - and so it is! For centuries, it was the home of the Chao Lay, sea-going gypsies; later a penal colony and place of detention for political prisoners. Becoming, during the rough and lawless days of World War II a pirates' haven, until a volunteer group from the Royal British Navy landed in March, 1964 and weeded out the trouble-making buccaneers, who preyed on the cargo, fishing and passenger ferry boats that piled the upper Malacca Strait.

After the departure of the English, Tarutao went back to deep slumber, with little visitors except for visiting fishermen; the island, virtually abandoned, returned to Mother Nature and the wild underbrush, left untamed, did the rest.

In 1974 Tarutao and the 51 islands in the group, were declared Thailand's first national marine park, and a new era had happily begun. It was not to be an easy task. The land was "untamed", the few settlers from the mainland who had "homesteaded" on Tarutao, most of them illegally, were not happy with the new land status.

In the early days of the park's history, violence was rampant and apart from the difficulties imposed by nature - bad weather, storms, malaria and loneliness was the norm - the pioneering park rangers had to fend off vigilante attacks by the disgruntled settlers from the mainland.

But the stories of heroism - larger than life - that marked the national marine park's early development era, certainly equal the exploits of American Far West's rangers. While Tarutao's wild and lawless days are today, a part of history, a whiff of the "old times" still remains. The island - mostly mountainous, with a few broad plains and valleys, covered with semi-evergreen rain-forest and lined with several long white sand beaches and mangrove swamps along the western coast, from Pante Bay to Taloh Udang Bay in the south, has an untamed and unmanicured look about it. The islands here offer crystal clear water with amazing marine diversity and primary jungle that reaches right down to the white sand beaches. Unlike Phang Nga Bay, these islands consist not of limestone, but of granite. There are schools of sailfish in the area.

The largest island is only 26.5 kilometers long and 11 kilometers wide and is surrounded by an archipelago of 51 smaller islands. It lies in the southeast corner of the Andaman Sea, a short distance from the Malaysian border.

Buffeted by heavy winds and rains during the monsoon season - May through October - the best time to visit are the other six months of the year, when you can count on flat seas, calm tropic trade winds and sunshine every day.

For the adventure-minded naturalist, outdoors' enthusiast, snorkel or scuba diver, who wants to experience "nature in the raw", without the customary holiday resort trappings, the Tarutao National Marine Park is unbeatable and "unique" in Asia. The aquatic life is still in abundant here, and although some corals were damaged in the 1980s by fishermen using illegal methods to fish, strict conservation in the past ten years has improved the situation tremendously. And since this is still a largely off-the-beaten track destination to the many European and American travelers who come to Thailand (many still prefer the lurid charms of Phuket and Koh Samui), you can choose to do your own thing without bumping into other tourists.

But don't go looking for the trappings of civilization, you won't find them here; no smiling hostesses, cocktails at sunset or noisy discos to keep you entertained. Neither is Tarutao the place for travelers who demand five-star hotels and fine dining experiences. This is the place for those who enjoy roughing it out a little.

Tarutao and the other pristine islands in the archipelago are wildlife sanctuaries where dusky langurs, crab-eating macaques, flying lemurs, fishing cats, monitor lizards, pythons, cobras and coral snakes, live in creature comfort with some 100 different bird species, residents and migrants.

You can easily spot the reef egrets, the majestic white-bellied sea eagles, ospreys, hornbills, herons, kites, kingfishers, sunbirds and both the scarlet and orange-backed flower-pecker.

Nearby, just off the southwest trip of Tarutao is the Bird's Nest Island of Ko Rank Kok, where a shrine to placate the spirits guards the entrance to the limestone cave.

The waters, surrounding the islands, clear and translucent, are pollution free and care has been taken to make sure that they remain so. The diving is superb and the Adang-Rawi group of islands in the western corner of the national marine park area, contains many coral reefs of high-species diversity.

It is estimated that the park contains 25% of the world's fish species, including members of the shark, ray, gulper, eel, catfish, salmon, flying perch, angel and butterfly fish. Among the marine mammals, are the dugong, common and Irrawaddy dolphins and the minke whale.

The Tarutao National Marine Park is also the favored breeding grounds for three species of migratory sea turtles - Green, Hawks-bill and Pacific Ridley - who nest on the islands' beaches from October to January, laboriously making their way ashore to lay their eggs.

The marine park officials have built sea turtle nursing ponds at the Pante Bay park headquarters, where the hatchlings are raised until they will be old enough to brave the danders of the sea predators and this is certainly worth visiting.

Other activities, aside from snorkeling, scuba diving, island-exploring and following the trail to the 114-meter-high To-Boo Cliff for and overall view of the distant islands that make up the national marine park, you can enjoy swimming and sun-bathing on your "own" private beach.

Private two-room bungalows with bath-sleeping two to a room, are very reasonable. There are also the bamboo longhouses with outside shared bath, each room sleeping four people that are even less expensive. Two-person tents and three-person tents are also available at a nominal charge. You can take your chance and get accommodation at arrival or you can make arrangements in advance by contacting the National Park Division Reservation Office, Royal Forest Department, Bang Khen, Bangkok; Tel. (02) 579-0529, 579-4842 during office hours.

By Boat to Tarutao Island: Two boats leave from Pakbara port in Satun Province on the mainland everyday at 10:30 and 14:00. And two boats return daily, leaving Pante Bay at 09:00 and 14:00. From Pante Bay, you can make arrangements for travel by private boat and accommodation to other islands in the marine park group.