'Til Great Birnam Wood to Tokyo Comes: A Review of Dwayne Lawler's Tokyo Production of Macbeth 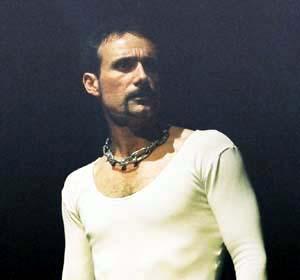 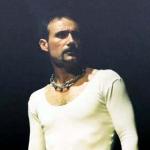 The theater goes dark. A hush comes over the audience as the sound of a bitter wind howls across the Scottish heath, followed by the edgy strains of a heavy metal overture. A looming torii gate, guarded by three ghostly figures, emerges from the shadows, as Macbeth and Banquo, costumed in Japanese hakama, enter stage right. Welcome to Act I, Scene I of Dwayne Lawler's production of Macbeth... 'The Scottish Play'.

Macbeth is originally set in Scotland at the beginning of the second millennium, yet director and leading man Dwayne Lawler, a native of Sydney, Australia, has chosen instead to take what he calls 'the Chameleon Approach' to its presentation, with influences ranging from Noh theatre to martial arts and dance. "I have adapted the production to suit the Japanese environment," he says. "I wanted a spiritual symbol unique to Japan and a torii seemed the natural choice. The Japanese influence is also apparent in the costuming," he continues. "All the actors wear hakama."

The Chameleon Approach is also evident in other more subtle elements of the play. " I wanted the 'chameleon-esque' elements of the production to have an ambiguous meaning. For example, some members of the audience saw the torii as it is, a religious symbol. Whereas others saw it as a monument of sorts, like, Stonehenge. Some saw Macbeth's self-flagellation scene as a kind of Thomas More, Christian guilt-trip display, but others saw it as a sadomasochistic act, particularly since it followed the sex scene with Lady Macbeth. When I set out to stage The Scottish Play I had one image in mind: Darkness. And it is this image that motivates any changes in the production."

As a result, Lawler's production design is starkly unique. "I have always been fascinated with black and white movies, and in this production, I have tried to combine the dramatic effects of black and white cinema with the spontaneity of live theatre." Through the use of stark lighting and black and white costuming, Lawler has created a monochromatic world. "Essentially, it is colorless, much like Macbeth's soul. A place where spirits and demons dwell, where time is irrelevant and, 'nothing is but what is not.'" Inspired by the masters of old, Lawler uses simple theatrical techniques to create the special effects required for a production such as Macbeth. "Directors like Orson Welles and Kurosawa Akira could create truly magnificent effects with a simple camera angle," he says. "It's all about illusion."

Dwayne Lawler in the role of Macbeth, and Alice Hackett as Lady Macbeth, together have created an intrepid emotional relationship and a palpable sexual chemistry heretofore unexplored by others who have played the same roles over the past 400 years. When asked about audience response to the play, Lawler replied, "You can say many things about my production but one thing you can't say is that it is boring. The response to the Tokyo performance was extremely positive although some were visibly shocked by the more macabre elements of the production, particularly the music."

Regarding his bold interpretation of Macbeth, Lawler remarks, "What I am doing may be seen as experimental or avante garde theatre. I will admit some of the scenes in the play are quite disturbing and even brutal while others may be seen as culturally insensitive. However, I never intentionally set out to make them offensive. I am about pushing the boundaries, presenting theatre and particularly Shakespeare, in a way that hasn't been done before."

The play was first performed before a full house at the Aichi Arts Center in Nagoya on October 4, 2003, and inspired by its overwhelming success, Lawler moved to Tokyo to stage an encore performance at the New National Theatre on September 22, 2004. The cast was also invited to perform at Design Festa on November 13.

Lawler's production of Macbeth has attracted the attention of the The Japan Times and the Asahi Shimbun newspapers, magazines such as Japanzine, Eye-Ai, Metropolis, and the cover of Avenues, as well as several Internet websites, including the Australian Embassy website, Girl.com.au, DesignFesta.com, and TheForeigner-Japan.com.

When asked where he's headed next with 'The Scottish Play', Lawler replied, "I am currently looking at taking the show to Australia and although I have plans to stage other adaptations of Shakespeare's plays, at this point I am concentrating only on Macbeth."