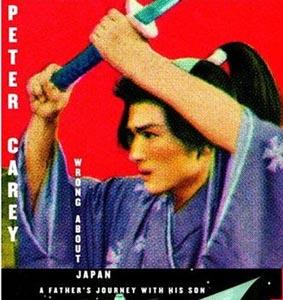 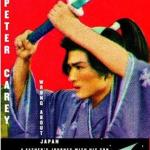 For the West, Japan has always been an enigma. From the day that Commodore Perry opened Japan to the rest of the world, it has introduced us to a world far removed from our own. Even today, with all the new technological advances that have occurred, Japan continues to introduce the world to new things, both technological and cultural. Peter Carey's Wrong About Japan is the story of one man trying to gain a greater understanding of the mystery that is Japan. With the help of his son Charley, the guidance of Takashi, a native of Japan, and his agent handing him a host of interviews, Carey plunges himself into Japan, hoping to leave with far more than he came with.

The book starts fast, grabbing you right from the beginning, and immediately introduces you to the people that the book follows throughout their travels in Japan. Immediately, you feel as though you actually know Carey and his son, that you've always known them.

Carey, the narrator of this autobiographical piece, describes his son with excellent detail. He covers his son's infatuation with Japan from the beginning, when they rented a Japanese film titled Kikujiro, a movie about a man who decides to help a kid on a journey across Japan to meet the kid's unknown mother. The viewing of this movie served to ignite a passion for Japanese culture, specifically anime and manga, in Charley. In an attempt to understand his son's fascination with Japan, Carey goes on his own search for Japan to discover whether he and his son could "enter the mansion of Japanese culture through its garish, brightly lit back door."

Within the first 15 pages, the pair has embarked on their trip to Japan, with one ground rule set down by Charley: no "Real Japan." No temples, no museums, no plays, no culture. This rule is further reinforced by Takashi, after they meet up at the ryokan, a traditional Japanese inn where Carey and his son are staying. "This week I [Takashi] will show you Real Japan. You saw pictures of temples? Rocks, gravel, nice Japanese room, so simple. Houses with rough timber? Real Japanese people not like that." Over the course of their trip, Carey and his son explore the depths of the new Real Japan, visiting the Electronic Town of Akihabara, the Ghibli Museum for Studio Ghibli and Hayao Miyazaki, and Sunrise Studios, the birthplace of Mobile Suit Gundam.

One of the best and most interesting features of the book is how each chapter uses a different anime as its focal point for the rest of the journeys in the chapter. He uses Blood: The Last Vampire to launch into an analysis of swords and samurai, Mobile Suit Gundam for the trip to Akihabara, and Grave of the Fireflies for their interview with a survivor of the firebombing of Tokyo in World War II, which Grave of the Fireflies was based on. By using these comparisons and connections, Carey manages to give the stories featured an extra layer of depth, showing the ideas and stories behind the original anime works. This is further reinforced by the interviews that he gets to conduct with two of the creators of the works featured: Yoshiyuki Tomino, creator of Mobile Suit Gundam, and Hiroyuki Kitakubo, creator of Blood: The Last Vampire.

Another outstanding feature is the painstaking attention to detail that Peter Carey exhibits throughout the book. At one point, he spends the better part of a page describing his first impression of Takashi, Charley's friend in Japan. In the second chapter, he gives a perfect description of the first three-minute scene of Blood: The Last Vampire. In another section, the sea of electronics and gadgets that is Akihabara, the Electric Town. And a kabuki play, the only one that both he and his son enjoyed, is reproduced in his words with detail so perfect that you would swear you were actually there, watching the play unfold in front of you. But what makes this attention to detail so excellent is that it seamlessly integrates his opinions and observations with his reporting of the facts, so that they are intertwined and beautifully connected.

As its title implies, this excellent work by Peter Carey shows just how wrong people can be about Japan, and how easy and rewarding it can be to learn it right.

Peter Carey, a native of Bacchus Marsh, Victoria, Australia, wasn't originally planning to become an author. He worked for many years as an advertising consultant, and it wasn't until 1980 that he began writing. He first wrote short stories while continuing his advertising career, and in 1990, he sold his share of the advertising company, moved to New York and became a full-time writer.

Although Carey is an excellent author of autobiographical works, he is best known for his works of fiction. His more popular works include Illywhacker, an odd, meandering story of a generally disreputable man; Oscar and Lucinda, a story surrounding a bet involving the transport of a glass church into the Outback; and True History of the Kelly Gang, a fictional account of the life of Ned Kelly, told from his perspective. These works have won numerous awards, and even though he moved away from the country in 1990, he is still a respected author in Australia.

Wrong About Japan is available on Amazon.com.