Angkor, from dream to memory

by Dianne Sharma-Winter, May 9, 2008 | Destinations: Cambodia 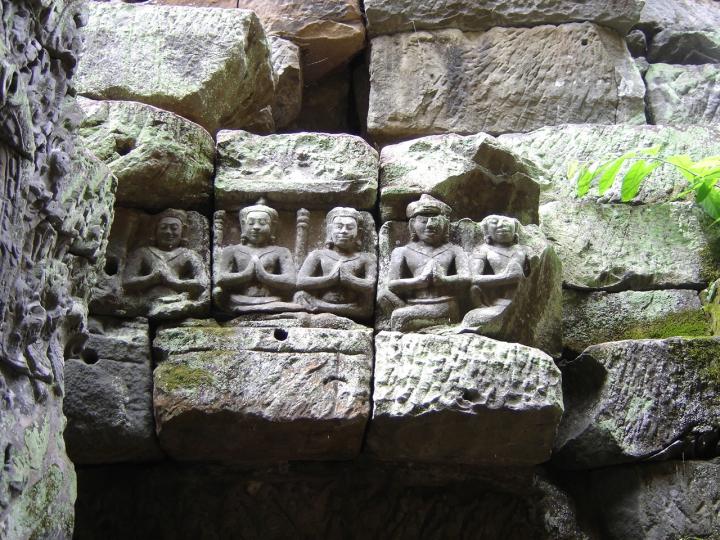 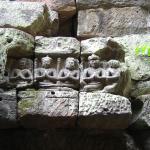 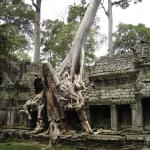 All civilisations rise and fall but at Angkor the remains of the great days of the ancient Khmer civilisation slumbered deep in the heart of the jungles of North Western Cambodia like a sleeping beauty waiting to be discovered for centuries.

Abandoned finally by the Khmer after being sacked by the Thai in 1431, Angkor slipped into a dream of history. The jungle breathed in and Angkor breathed out, silence hung from the trees like vines linking back to the beginning of time.

Temple walls retreated into lush green jungle, camouflaged themselves with thick vines and vegetation. Bats flitted in dark sanctums where entry was once barred to all but the high priests, trees wrapped their roots around crumbling buildings, gently prying the stones apart and children splashed and played in the sandstone lined Royal Swimming Pool of the God King.

Angkor is the sacramental creation of the oldest civilisation in SE Asia, carved from this dark forest, inhabited by the Khmer.

Initially an upland people, the Khmer lived in the forest and worshipped the animal deities of nature - the NEAK TA or ancestor spirits who are still worshipped to this day along with KRONG PEALI, the serpent deity, owner of the land and controller of all forms of water. Even today the spirit of Krong Peali will be worshipped before any new building or endeavor is begun, small houses are built as offerings to Krong Peali beside waterfalls and other sources of water.

Influenced by Hindu traders who blew here with the trade winds, exchanged religious ideas and philosophy as well as trade items, the god king JAYAVARMAN II who ruled from 790 AD to 835 AD and traced his lineage back to the sun and the moon, began a building era that continued through his descendants spanning hundreds of years.

Angkor Wat is the largest temple in the world and widely regarded as one of the most magnificent buildings ever created. Built by SURYAVARMAN II, more than one thousand years ago, the main temple was constructed as a monument to the Hindu God Vishnu and represented the mathematical perfection of the cosmos.

Then the city held over a million people, ruled over by a series of powerful kings. Each King expressed his power by constructing new edifices, creating temples to honour the god; in some cases the temples were built to honour the kings themselves as DEVARAJAS or God kings. The act of building was seen as an act of worship and each new king built his own state temple as well as other structures. Eventually the kingdom of Angkor spread to cover centuries and over three hundred square kilometers.

But then as suddenly as it rose, Angkor sank back into dream and slumbered across centuries until it was 'discovered' by the French explorer Henri Mouhut in 1860.

What he saw astounded and mystified him. The local inhabitants had no other explanation for the gigantic constructions than that they were the "work of giants" or else  ordered by the "king of the angels".

Wandering around today, giant blocks of exquisitely carved sandstone and laterite lie around the currently discovered Angkor city like building blocks of the gods or pieces of some celestial jigsaw puzzle. Every block tells a story of craftsmanship, pain and beauty but like the ever present Angkor smile towering over each of the four gates leading into the ancient city of Angkor, the bridge between dream and memory is a rickety bamboo structure of guess work and academic conjecture.

Sometimes though, you don't need a whole lot of academic mumbo jumbo to wander around awestruck at the sheer size and magnitude of effort involved in creating Angkor. Imagination will place thick wooden doors at the crumbling entrances, a soft breeze will carry the rustle of silk curtains billowing in the pre monsoon wind and your own panting as you struggle up impossibly tiny steps will remind you that elephants once hauled these time worn slabs of sandstone to rest in this very place.

The very beginnings of the success of the Angkor period resides thousand of kilometers away on the Tibetan Plateau where the Mekong River is born.

Each spring brings a thaw to the glacial waters of the Himalayan glaciers which flood into the Mekong as she flows as sinuously through China, Myanmar, kisses the borders of Thailand and twists through Laos before entering into Cambodia. When combined with the monsoon rains, from June to October the Mekong bursts her banks bringing water and fertile red silt to the huge basin that has been home to the Khmer and their ancestors for centuries.

As the Mekong floods, Tonle Sap River (one of the Mekong's main tributaries), also floods and reverses its flow, backing up and emptying into the vast inland sea of Tonle Sap Lake. Each year this lake more than triples in size to encompass more than one seventh of the total area of Cambodia, when the rains diminish, the lake shrinks back to its pre-monsoon slumber.

The waters from Tonle Sap, conducted into reservoirs and irrigation systems built around the temple city of Angkor, allowed the Khmer to modify their environment into a hugely productive agricultural area, providing a vast food bank for the Khmer both past and present.

Every year new mysteries of Angkor are revealed as the surrounding jungle gives up its memories to the modern day explorers, but the living legend is still seen today in the descendants. Having mastered the cycle of flood and drought, of sowing and harvesting, of understanding the ebb and flow of its waters, floating villages live in seasonal harmony with the movements of the sun, the moon and the stars that was understood and worshipped by their ancestors Ancient Khmer .

But more than the temples, the academics and the enigmatic mystery of Angkor, it is the sublime Angkor smile that is a living legacy of the last lost civilisation of Cambodia.