Chiangrai and the Golden Triangle 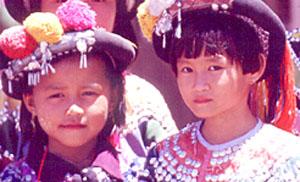 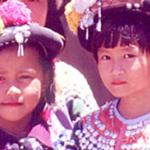 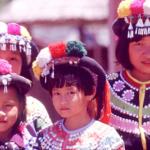 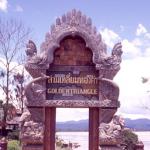 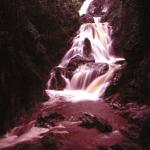 Any visitor to Chiangrai cannot fail to recognize the richness and obvious affluence that abound in this northern most province. Its proximity to the Golden Triangle has influenced the development of the land and only here does one see fenced-off properties, farmhouses, hedgerows and smooth four-lane highways never in need of repair. There is more to the province than this, of course, with some of the most challenging back roads in Thailand also being here. However, the overriding impression is one of almost a different country. This diversity should, perhaps, be the alternative travellers initial reason for visiting the Golden Far North.

The riches of Chiangrai province can be instantaneously compared when making an excursion into Myanmar at the border crossing of Mae Sai. The poverty on the Myanmar side is all too blatant and far more obvious than at other Myanmar crossings. The cross-border visit does not require a visa, nor is your passport stamped. All that you need are two photocopies of your passport details and a fee, usually five dollars.

From Mae Sai border excursions can be made to the Royal Mountain project at Doi Toong and eastwards to the opium museum at the Golden Triangle itself. Chiang Saen is a small distance beyond this.

Westwards is mae Salong and Thaton with its Maekok River Lodge and onwards to Fang and mae Hong Son along some of the least used (you'll find out why) roads in Thailand. There is spectacular scenery all along the way.

Doi Toong is now a fully developed Royal project. Basically a whole mountain range overlooking Burmese territory, it now affords visitors not only grand vistas but also home-grown Thai coffee and tea, soft fruits and temperate vegetables. All have been introduced into hilltribe farming patterns and now contribute greatly to the economies of many villages as a substitute for the declining opium crop farming, which is all but eliminated from Thai soil now. Wat Doi Toong itself, perched like a nest on the final hilltop, is an important pilgrimage center for Thai people and there is day-long temple activity here.

If time allows, and you have a good map, the alternative route via Doi Pa Mi to Doi Toong should be taken from Mae Sai rather than the main highway headed towards Mae Chan. The road hugs the border and is one of the more spectacular routes in the north.

The Golden Triangle is, by now, quite well-frequented by tourists and there is little hope of avoiding crowds at the center point - a plaque depicting the meeting place of the three countries, Thailand, Myanmar and Laos. However, pleasant enough river trips on the mighty Mekong can be taken as well as meals at riverside restaurants (watch for more peaceful locations between the triangle and Chiang Saen). The Imperial Golden Triangle Hotel allows perhaps the best views, especially around breakfast time, with many early movements on the river. Long tailed boats flit from country to country in a flash, adding to the sense of intrigue that lingers at this infamous meeting place.

As well as the well-documented and informative Opium Museum, Chaing Saen, the old river capitol of Lanna, should be visited. Very pleasant afternoons can be spent on the terraced riverside after a market trip.

Further down river from Chiang Saen is the up and coming border point of Chiang Khong. From here, entry to Laos can be made with day river trips to Luang Prabang departing every morning. A longer (slow boat) trip can be made with an overnight stop en route at the village of Pakbeng. Travelling to Chiang Khong gives one a real feeling of being in the backwaters of the country and if that's what you are looking for then take the trip and use it as an entry to Laos. Accommodation, especially with air conditioning, is sparse at Chiang Khong and with boats leaving early, book in advance or leave Chiangrai at 5:30 am.

Travelling westwards from Tachilek (now itself an exit point for some internal Myanmar tours) along the Thai side and past Doi Toong, there are the back roads to Mae Salong. This area is like the Scottish Highlands, although without the weather and a little warmer. There are few signposts so take a good map when in Mae Sai or you may find yourself in a "delicate border zone."

If it's daylight, a side excursion to Ban Thoet Thai, formerly Ban Hin Taek, can be made. This is the former outpost home of Khun Sa, head of the Shan State Army. Since his retreat, integration into Thai society of the local Mae Salong valley people has progressed. Still known to Thais as Jiin Haw (galloping Chinese) the occupants of Mae Salong emigrated from China during the 1949 revolution and were part of the fleeing Kuomintang 93rd regiment. This alone makes Mae Salong very different from any other Thai town with its mixture of Akha, Lisu and Meo tribes and Tai Yai (Shan) people. With local corn whisky on sale as a substitute for the eliminated opium crop, other products found include Chinese herb remedies, Khanom Jiin curry and Chinese teas. There is actually a tea factory in the town. Although a paved road now runs to Basang on the main Mae Cahn-Thaton highway, other roads are little more than badly graded dirt tracks. Such is the price of anonymity.

For the real alternative traveller a four-day trek to Chiangrai is possible following hilltribe village trails en route. Here you will find the trekking that existed 20 years ago from a Chiangrai base.

At Thaton, on the Maekok River, stands the Maekok River Village, an upgrade of the former River Lodge. It is the pride and joy of Khun Shane Beary, a 14-year resident of the area. The village is comprised of Thai style bungalows on the riverside with a swimming pool and restaurant, but more importantly, it boasts a field study center for both Thai and overseas students and a Thai cookery center. The knowledge of Shane, his family and staff make the Village an excellent base camp for excursions around the area. Mountain biking and trekking trips can be easily made from this focal point as well as river trips on the Maekok, a tributary of the Mekong.

From Thaton there is a public boat service plying the Maekok River for the 92 km trip to Chiangrai. It's a highly recommended excursion and costs as little as 150 baht.

Onwards to the Chiangrai provincial border are many hot springs and caves with the more well-known ones being at Fang and Ching Dao. The predominant limestone rock of the region gives way to many underground caverns all ubiquitously decorated with religious icons.

Although not within the Chiangrai area, the trip along the border to Pai Mae Rariang through Mae Hong Son is worth considering. The route is scenic and narrow but it has some of the most interesting spots in Thailand including the blind fish caves outside Mae Hong Son and the Padaung "long neck" village on the Pai River. The latter has become somewhat touristy but the long-necked Karen still hold a certain fascination no matter what the circumstances.

Lesser known and less obvious to the naked eye are the Lawa people of this area. In an area of about 500 square kilometers between Hot, Mae Sariang and Mae Hong Son, they still live a largely traditional life although even here the majority have adopted Buddhism and Thai style. It is certain that they have inhabited Thailand for some 800 years and they believe that they migrated from Cambodia, but some archaeologists think their origins lie in Micronesia, perhaps 2,000 years ago.

The women are most distinguishable with their hair tied in a turban and it is usual for them to smoke tobacco from a wooden pipe. Most Lawa speak Thai, but the Lawa language, related to that of the Wa tribe of Burma, is still spoken in many of the villages.

Altogether, Northern Thailand and especially Chiangrai province is distinct in many ways from the rest of the country. Traditionally called "Lan-na," it has for most of its history been a separate kingdom and holds that quality to this day.